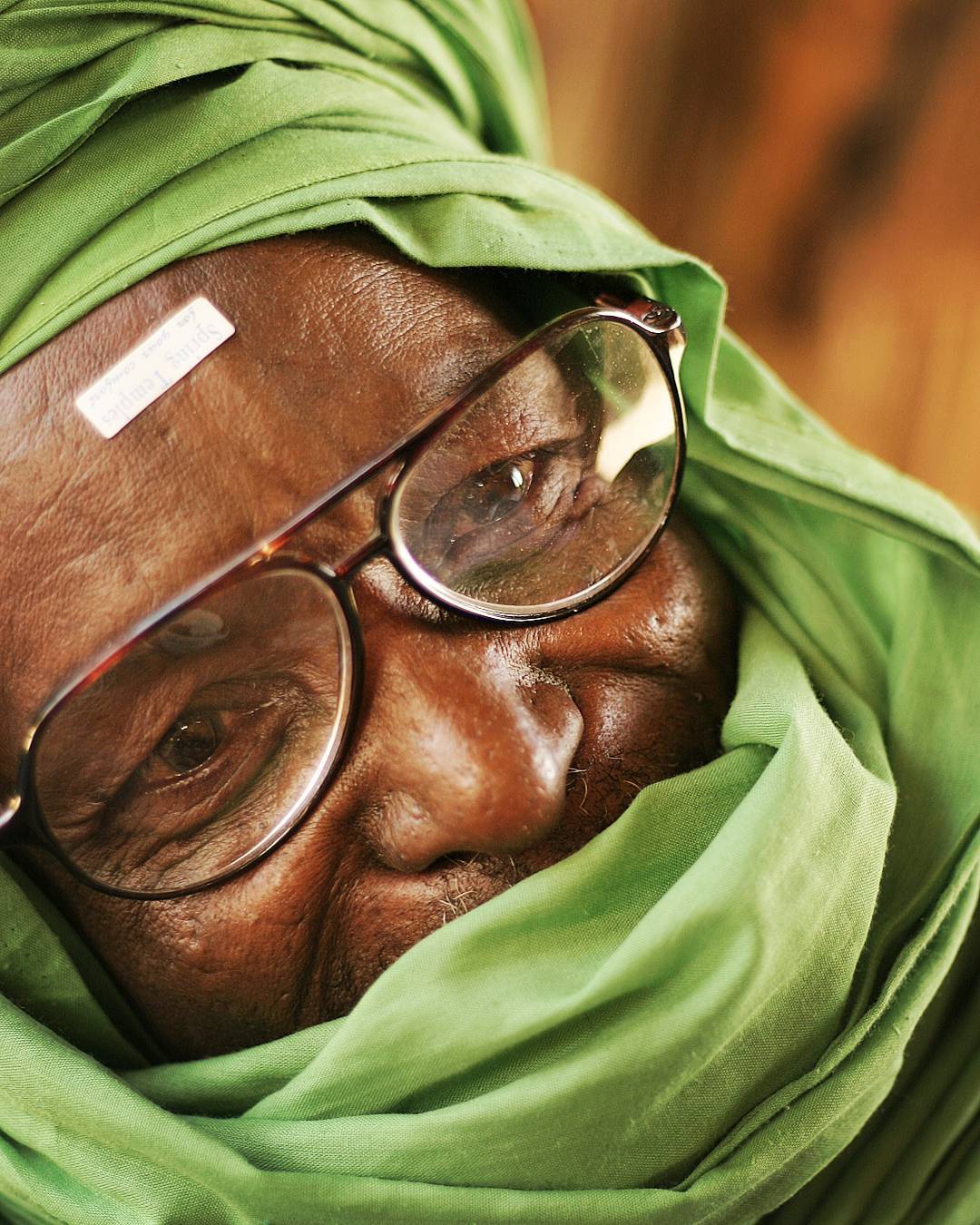 AHOUDAN AND HIS GLASSES: For days I watched Ahoudan with this sticker on his glasses, until I finally took pity and suggested he might see better without the sticker. He was very grateful when he realized he could take it off. He has such a great sense of humor that he laughed and laughed, and stuck the sticker on his forehead. (sorry to those of you who already read this yesterday!!) I could write an entire book on Ahoudan and his glasses. Up until about six years ago, he would use just about anything to see better, such as a magnifying glass, glass bottles, and who knows what. He even wore my old glasses, which, while not adapted to his eyesight, were better than nothing. You can imagine that, for someone who relies on his eyes to properly accomplish his work — such as his embroidery, his stone carving and silversmith work — this was quite a predicament. When I finally realized his distress, I decided that, as his daughter, I had to find a solution. I got him to travel over 1000 km to Niamey so that he could visit a an optometrist. Today, he wears glasses adapted to his sight. When he first put them on, he smiled and laughed, and said “I had forgotten how beautiful the world is”. Now I just need to convince him to have surgery to clear up his cataracts.