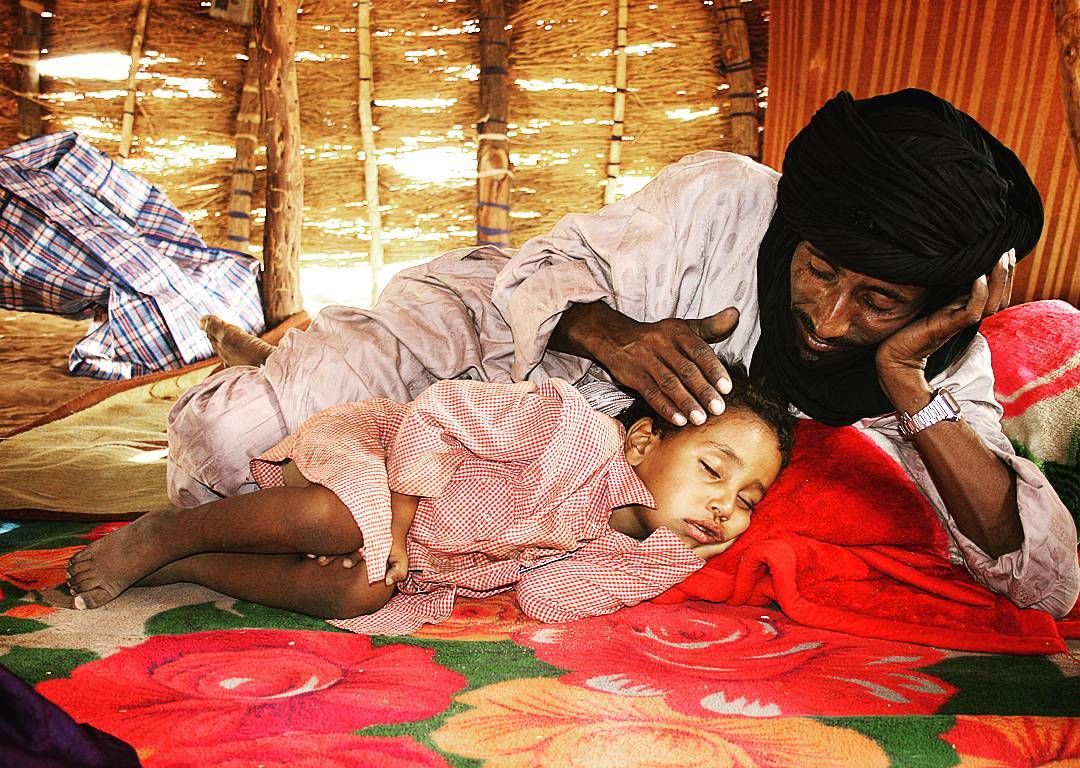 ALHASSAN: In this photo, one of my best friends, Alhassan, watches his son adoringly as he takes a nap.  Alhassan is not only a wonderful husband and father within his family, he was also my host father, and the person that introduced me to the Azawak. With his broken English that he learned in Nigeria, he and I were able to have long discussions without the help of a translator.  This made me feel close to Alhassan rather quickly.

During my first month in the Azawak, I spent most of my time with Alhassan and his best friend, Salah (portrayed with his child a few posts back). Although I’m a woman, being white gave me a status of my own.  I became neither woman nor man, just a person that could vassilate between the daily life of the men as well as the women, and my favourite… the life led by the children.

I often ate with the men, even though women generally do not share a meal with their husbands.  I held long discussions with them into the wee hours of the night without raising eyebrows.  My alien status gave me access to all worlds… that is, until I returned to their community with my husband.  At this point, I became woman.