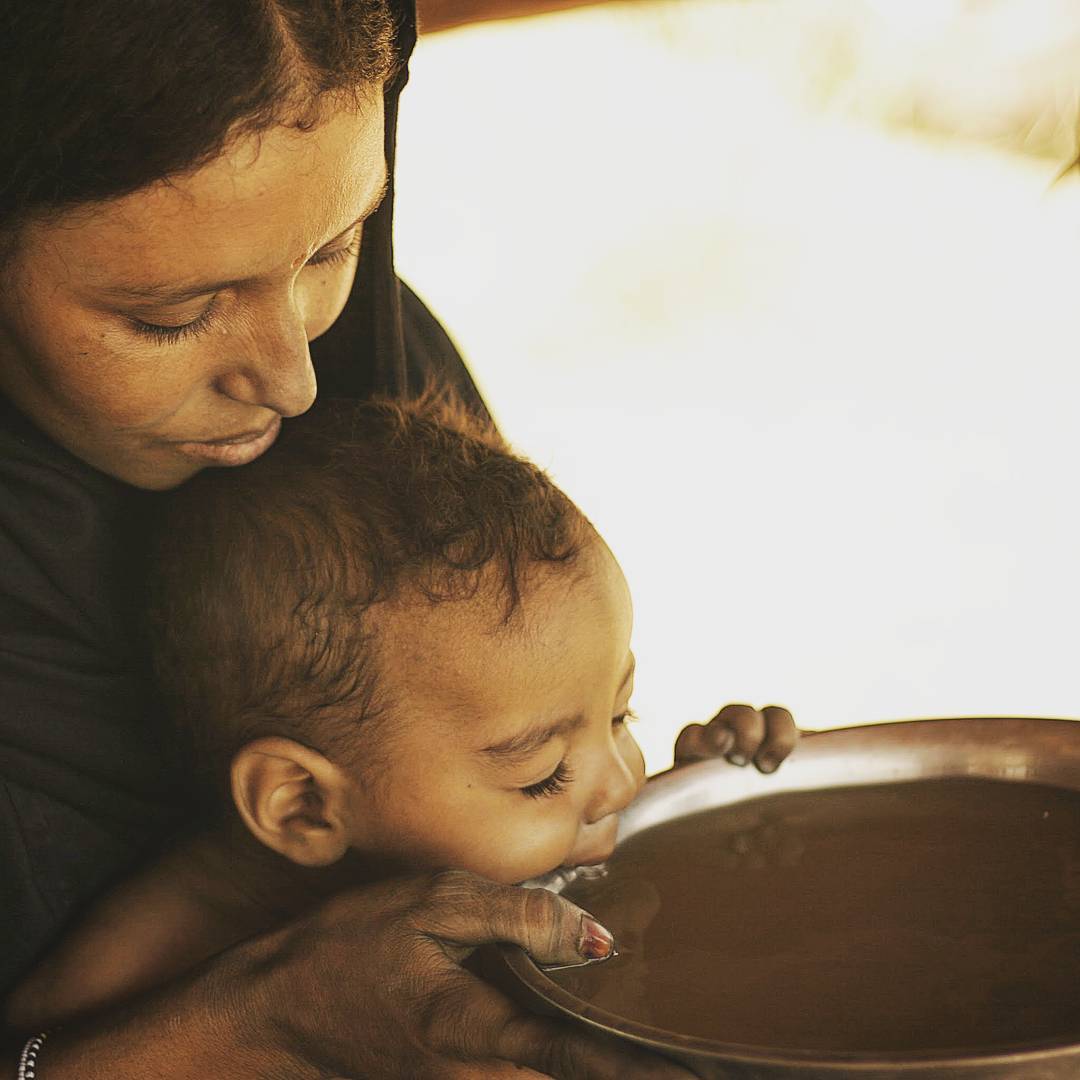 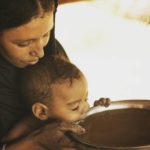 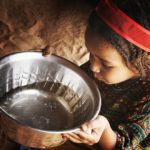 The first photo depicts my friend Againakou giving her 10-month-old son, Agoubouley, a drink of marsh “juice”. It was the rainy season, and she considered herself lucky to have this water.  During the drier months, serving a bowl of this mud to her son would become a luxury.  Such water can be deadly – 10 of 120 children in her camp died that year — some due to diarrheal diseases caused by drinking water such as this, others due to dehydration during the dry season when quantities of water dwindled to less than a gallon of water/person/day.

The second photo depicts three year old Mariama drinking water from an Amman Imman borehole.  She not only enjoys clean water, but she also gets to play with her older brothers and sisters that no longer undertake daylong expeditions searching for water.  They have time for school and games.  They can take baths year round, instead of bathing only during the one to three month rainy season.  They have planted a school garden with Amman Imman’s staff, and have readily accessible food thanks to their community food bank.