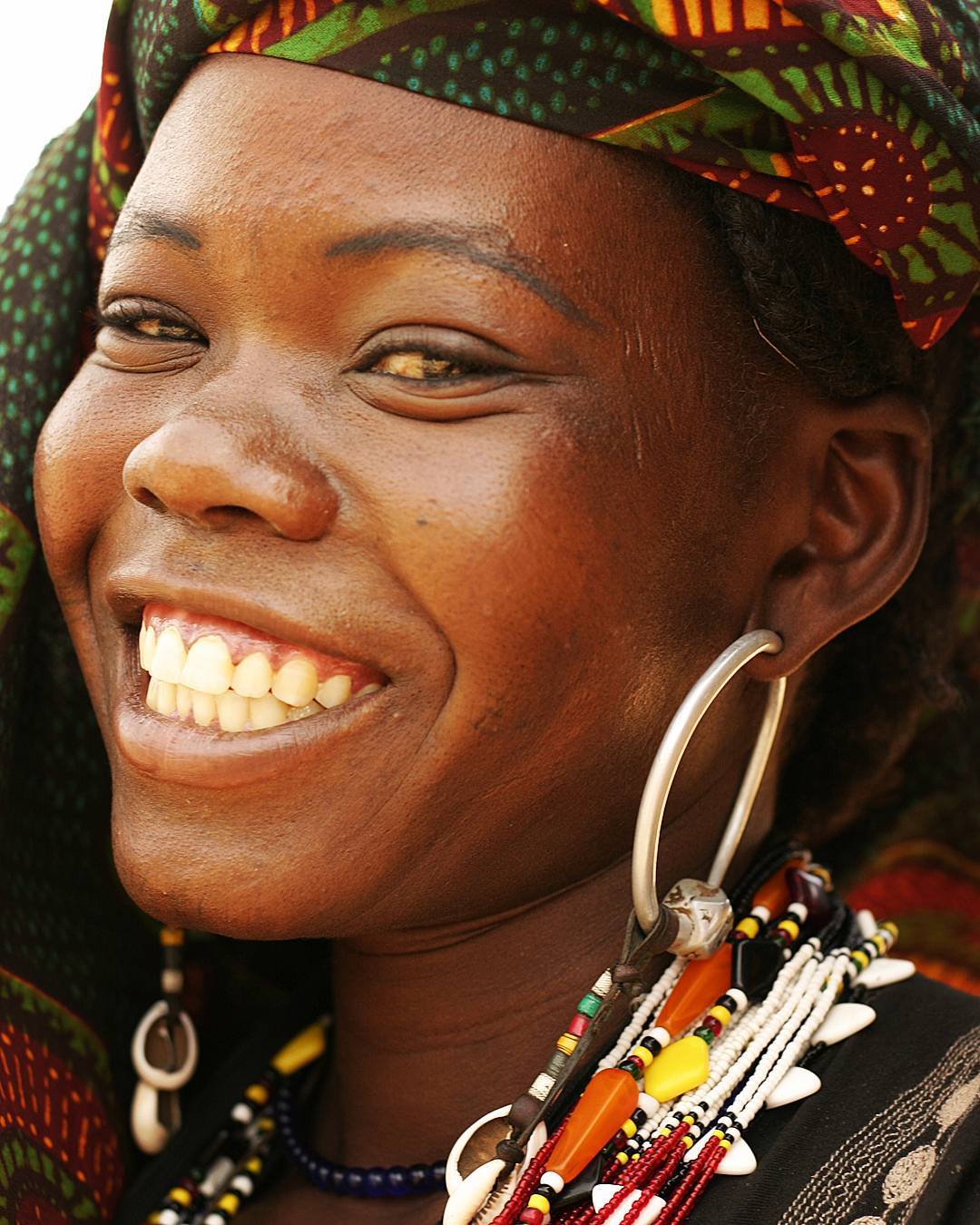 JEWELRY THAT TELLS A STORY: This beautiful woman of the Bagzan Mountains wears her traditional jewelry of silver, ancient beads, and cowrie shells.  The silverwork is made by the Touareg Inadan, or craftsman.  Today, traditional Touareg jewelry is becoming harder and harder to find; given that the price of silver is sometimes unaffordable, young inadans are melting the older jewelry to transform into modern pieces.  They are determined that these will sell better on the international market.  I also find it interesting that the woman is adorned in cowrie shells, which come from the Indian ocean.  How did these shells find their way to the top of the Bagzans?  Were they used as money for trade?  Do they have a religious significance among these Touaregs, as they do in many other places of Africa?  Do these Touareg also believe that the shells hold a power of fertility for women?  I do not have the answers… but it is an interesting question: the religious and spritual signifance and power of jewelry.  And the desire of the youth to trade in the old for the new, often perceived as better.