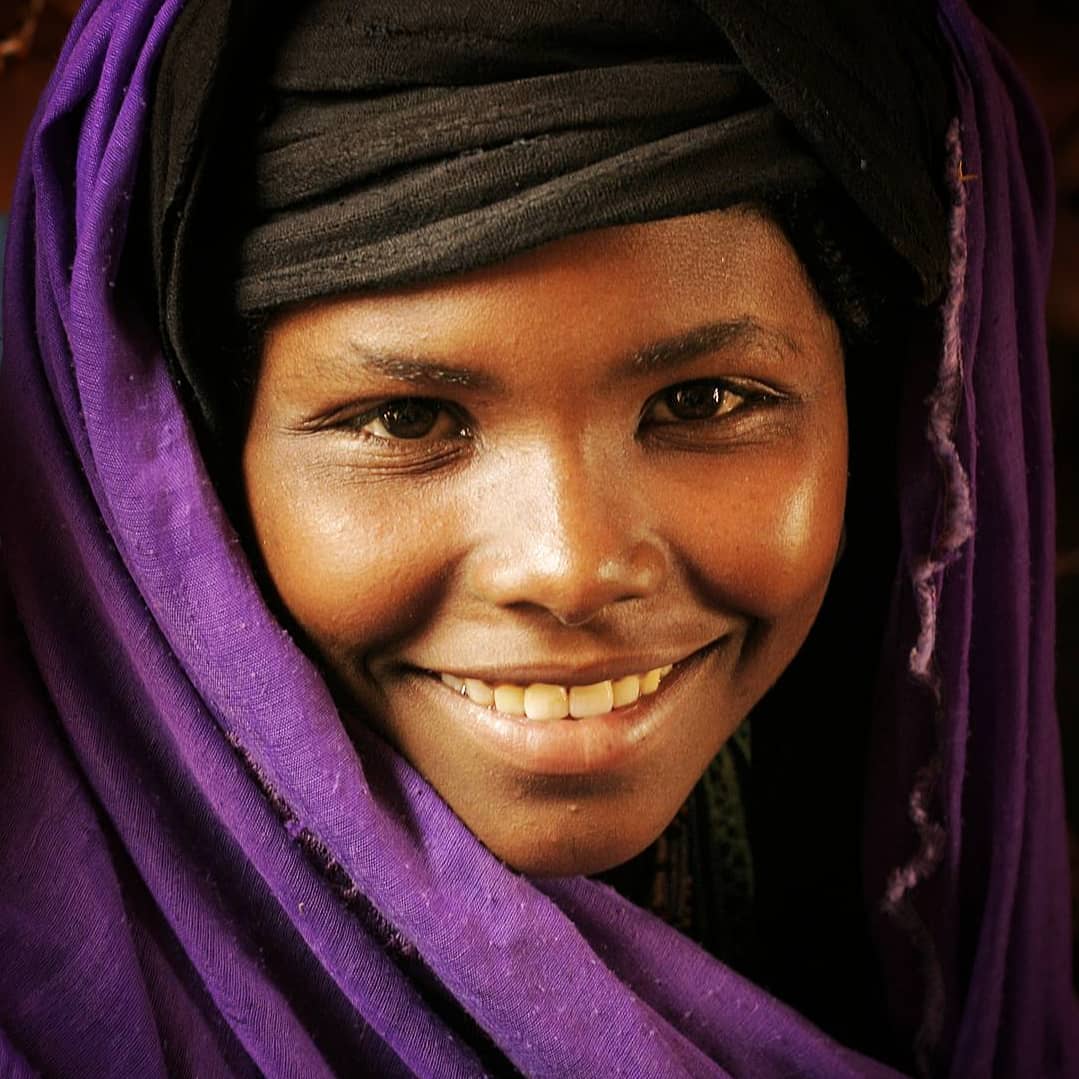 NEWLY WED TO ABSENT HUSBANDS:  I met this young bride in a small village near the Timia cascade.  We spent the night with her and her husband, and the next morning walked along a river oued surrounded by cave paintings of giraffes and prehistoric men.  We ended the evening with a refreshing bath in the Timia cascade.

As we walked, I spoke with her husband, who told me that he had just returned from battles on the Touareg rebel front against the Niger government.  The Touaregs of northern Niger historically have periodically been in conflict with the Niger government because they feel disenfranchised. In fact, at the time that I took this photo, the Ayr was becoming dangerous due to land mines that were being set along roadways and major crossroads.  Also, armed bandits pretending to be rebels would attack passenger vehicles.  Times were changing.  And the life of this new bride would be a lonely one, as her husband dedicated his life to the cause of the Touaregs.

Today, young brides similarly often live far from their new husbands.  For instance, a current lure away from home is the dream of wealth and a better life by joining the gold rush in the Djado of northern Niger.  Most husbands return home empty handed; either because they found nothing, or, others yet have had their dreams and new wealth stolen by armed bandits that wait in strategic locations to steal the gold of the gold miners.