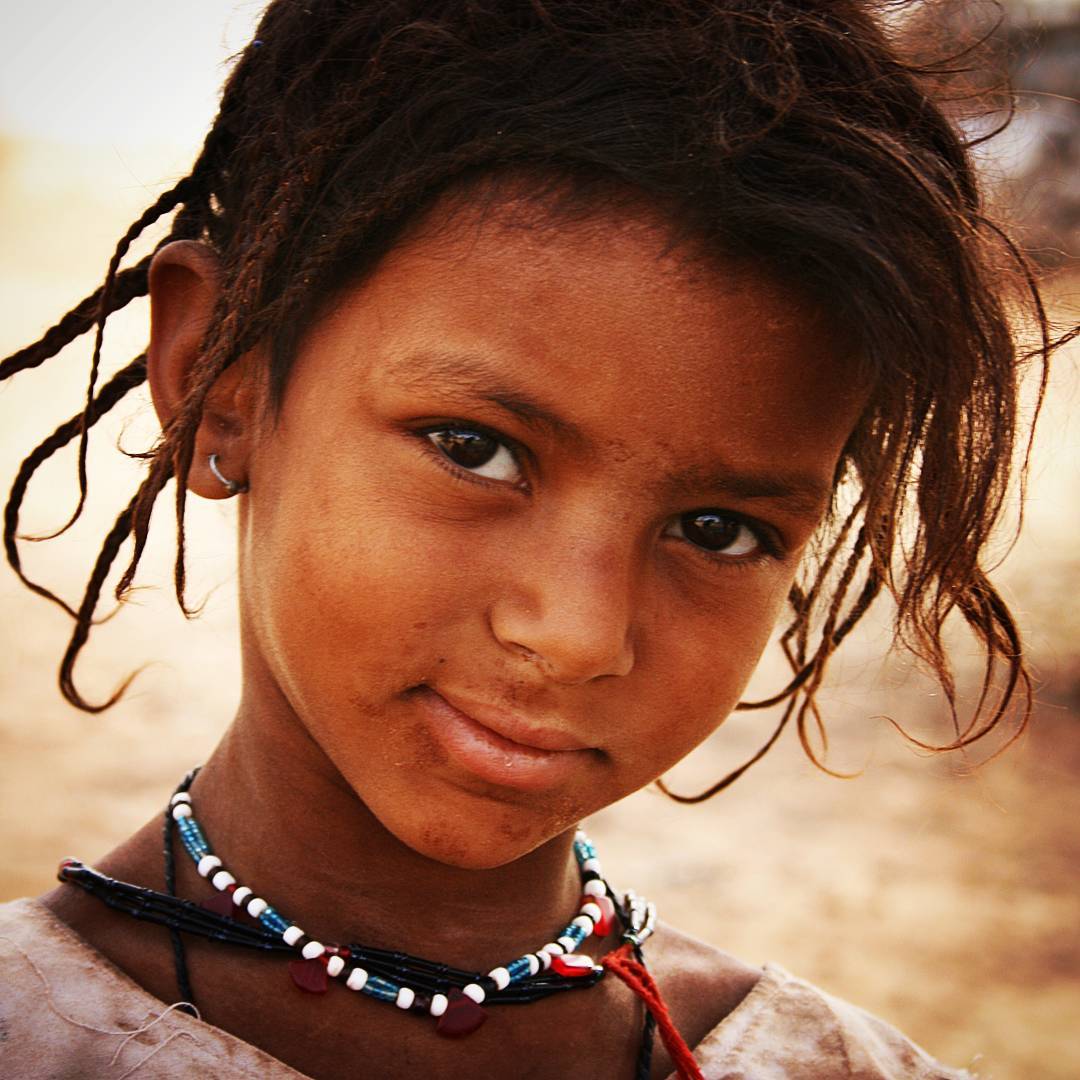 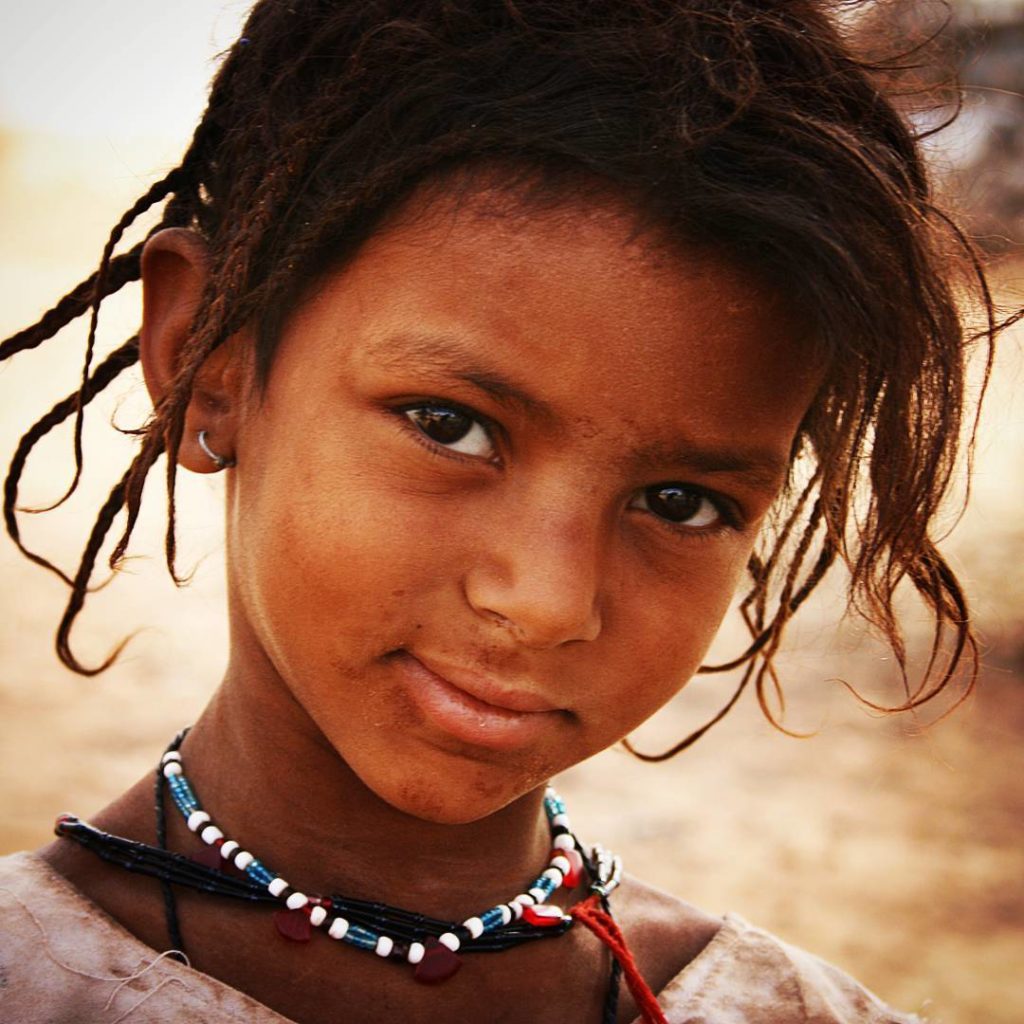 THE FLEA INFESTED CAMP: I do not know this Touareg child’s name.  But I will never forget her gorgeous smile.  Nor will I ever forget the few days I spent in her camp, located deep in the middle of nowhere.  Truly, her camp was lost at what seemed the end of the earth, perched in the middle of a vast expanse of low lying hills hundreds of kilometers away from anything even approaching civilization.

My first memory, as soon as I stepped out of my pickup, was being covered by fleas.  And there was no escaping.  They were everywhere.
The first tent I visited was this child’s family tent.  She and her brothers and sisters were joyfully playing, their glee seemingly undisrupted by the brutality of the fleas.  The children were caked in dirt.  I asked how long it had been since they had taken a bath.  The answer: the last time it rained.  Their last bath dated from six month prior.

It was not their fault; there was simply no water to wash with during the dry season.  They hardly had water to drink.  I had seen desperate conditions in the Azawak before, and in many places in Africa… but this camp won the prize.  The kids were severely malnourished, and only had a small amount of rice or millet to eat in a day.  Not even enough to be considered one entire meal.  And the unbearable fleas… I’m not sure which was worse… the lack of food and water, or the fleas… I’ll admit, I cowardly fled this camp two days later.  I had to find water, and I had to escape the fleas.  I escaped so fast I didn’t even play with the children and learn their names.

Today, many families of this camp have relocated to the village of Tangarwashane, where @ammanimman built a borehole in 2007, and continues to help the community.