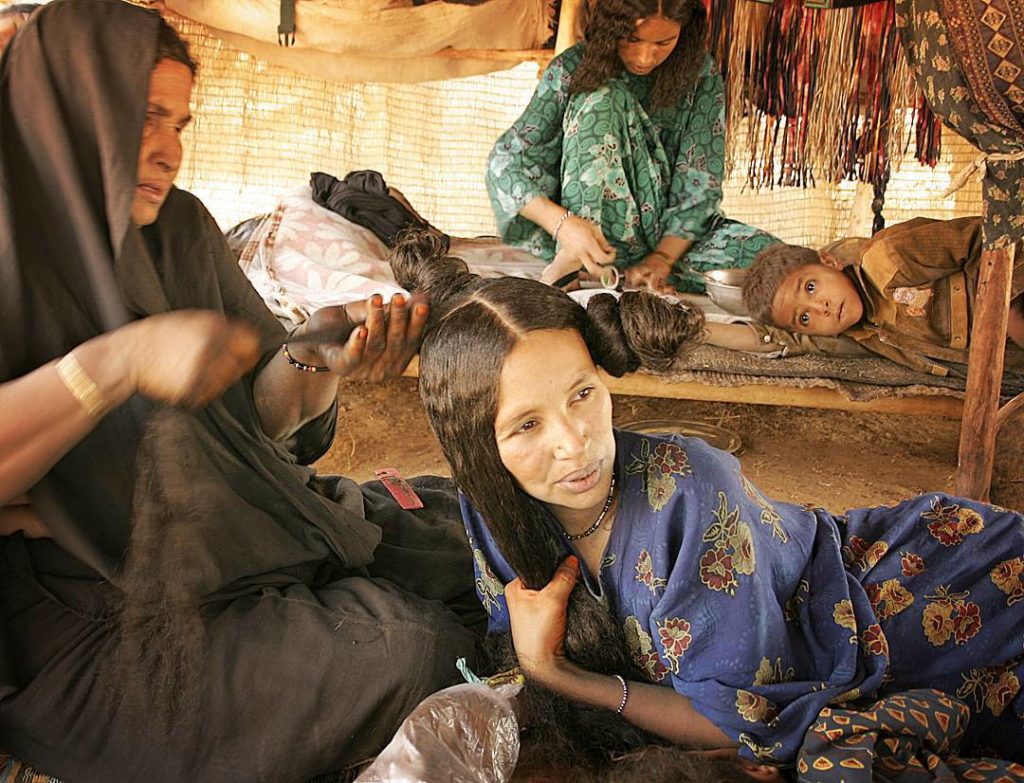 A QUEST FOR WATER: (Based on actual events in the southern Sahara)
CHAPTER 1: NO WATER WITHOUT RAIN
Sadouan sat underneath a goat-hide tent, braiding her daughter Mouheini’s hair. The air inside was stifling. It was early May, with temperatures soaring higher than 45 degrees Celsius. It was rare that Sadouan could get her fifteen-year-old to sit still, so she tried to ignore the heat. For over nine months it hadn’t rained, and there was no water to bathe with. Skin infestations had become common yet again, as they did every year during the hot season. So, she took advantage of the moment to remove fleas and lice from her daughter’s scalp.

“Mother, you are pulling too hard!” Mouheini complained. At the same time, a goat walked into the tent. Sadouan gently shooed it away, “I have nothing for you today, little one. We are nearly out of water.”

“My darling, keep your voice down,” Sadouan scolded Mouheini. “You’ll wake up Tahir!” Mouheini glanced tenderly at her baby brother, asleep on a traditional bed made of woven mats and carved wooden posts.

“The braids need to be tight so that they will hold until the Tabaski festival,” Sadouan said. “You must look beautiful. I’m giving you the special festivity braids.” She smiled and added teasingly “Abdoul will be here.”

Abdoul was Sadouan’s nephew. Mouheini and he had been betrothed since her birth. They were to be married the following September, after the rainy season had ended.

photo: Sadouan getting braided for the Tabaski festival under her tent.

(Story soon to appear in “the Pilgrimage Chronicles”)