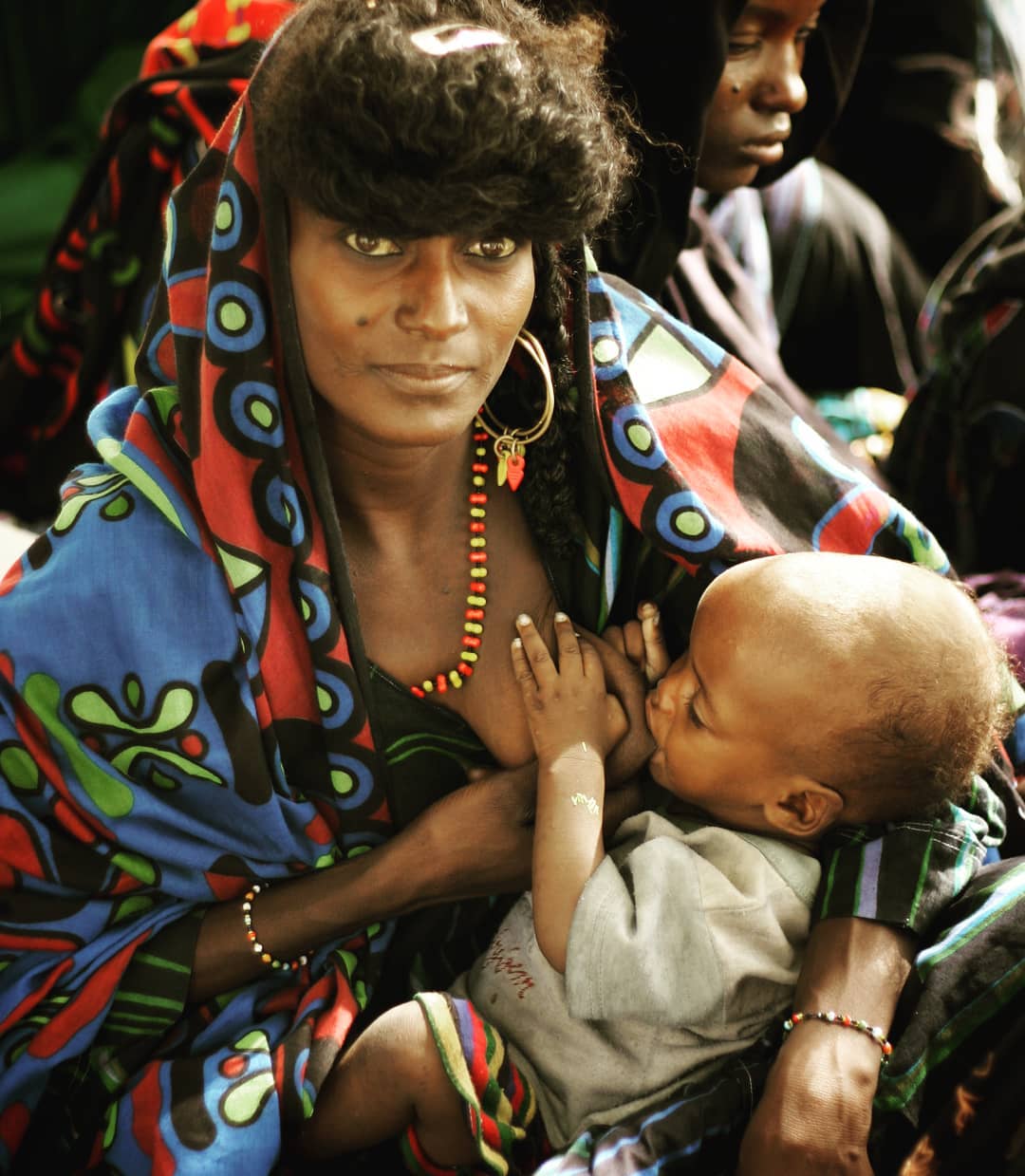 BREASTFEEDING BEFORE ELOPING: (I’m reposting since this is one of my favorite motherhood photos) 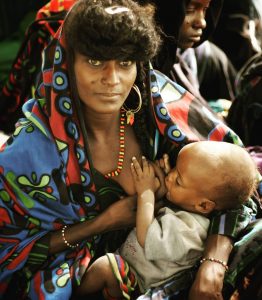 Kourgil is nursing her baby while she awaits the beginning of the Gerewol ceremony. If this were her firstborn, she would be dressed in black and would not speak to her child or call him by his birth name. Among the Fulani, a first born child is never called by his or her real name by his mother. The belief is that if she did pronounce his name, the mother’s love for her child would compete with her love for the father. While her baby eats contently, the mother is busy watching men prepare themselves for their dances. Men and older boys are putting on makeup and dressing in beautifully embroidered traditional garb. When the dances begin, they will ceremoniously jump up and down while opening their eyes and mouth wide, to show off the whiteness of both. The whiter the more beautiful… A man may elope with this mother after the ceremony, committing teegal, if he has caught her fancy during the dances… or covered himself in enough magic love potion. She will steal off with him for one or two years, or until the next Gerewol ceremony, at which point she may choose another man to spend time