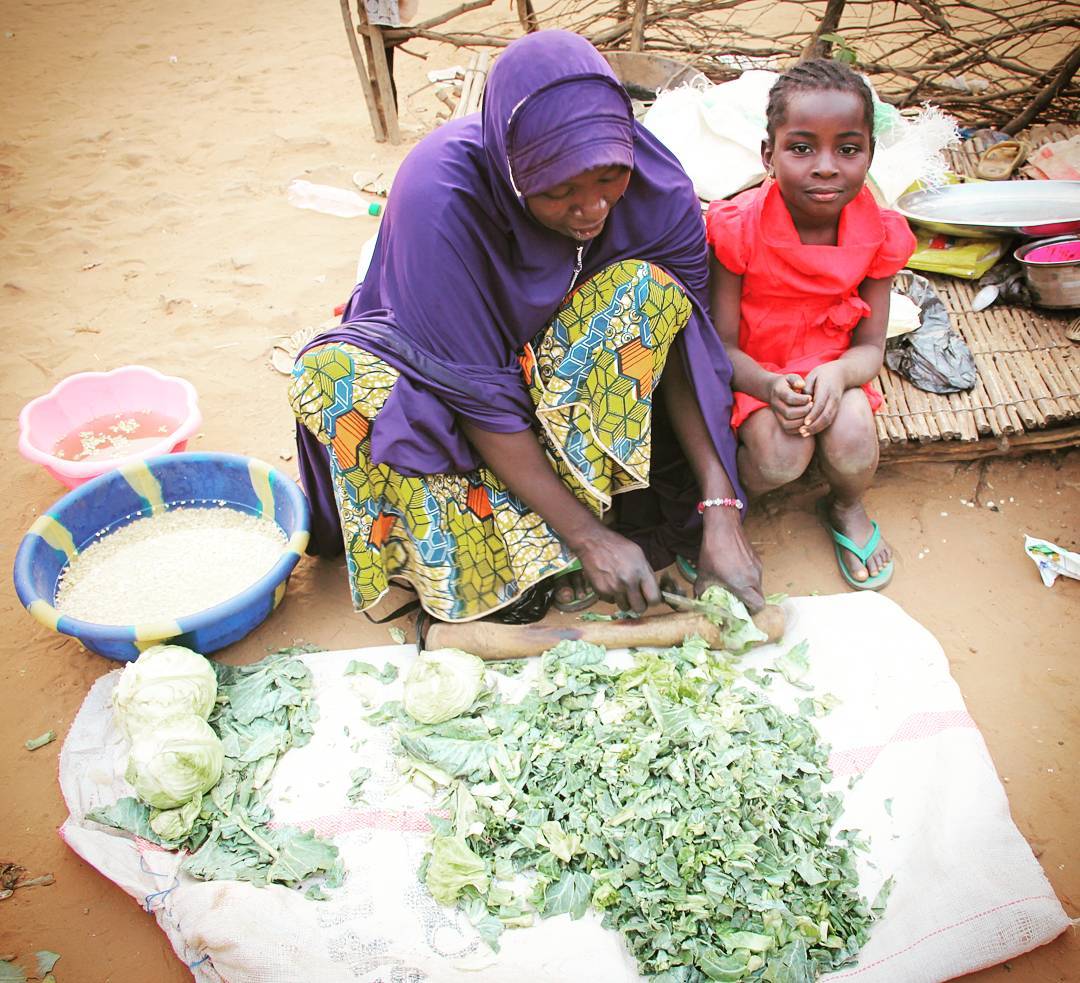 Here Heini (real name Hanout) with her daughter Hassana. Heini is cutting up cabbage to cook up for a traditional dish called Kopto. Kopto is composed of cabbage leaves, manioc couscous and, depending on the kind of Kopto, peanut butter. Cabbage leaves are often replaced by moringa leaves, which are calcium-rich and particularly nutritious. As mentioned in my post yesterday, Heini sells Kopto as a snack to passers by, and most often to school children. On a good day, she will make a dollar or two. On a personal note: kopto is one of my very favorite snacks, but I can’t eat the version made with moringa often, because it gives me a terrible case of the runs (moringa is said to be beneficial in its ability to clear out the tummy??!!)! Near Heini also sits corn that she has sifted. She will pound or have the corn milled, to then cook it up into a pasty dish wish resembles a firm version of mashed potatoes. This paste is eaten with various sauces, and most commonly a sticky green sauce made of ochre or baobab leaves.