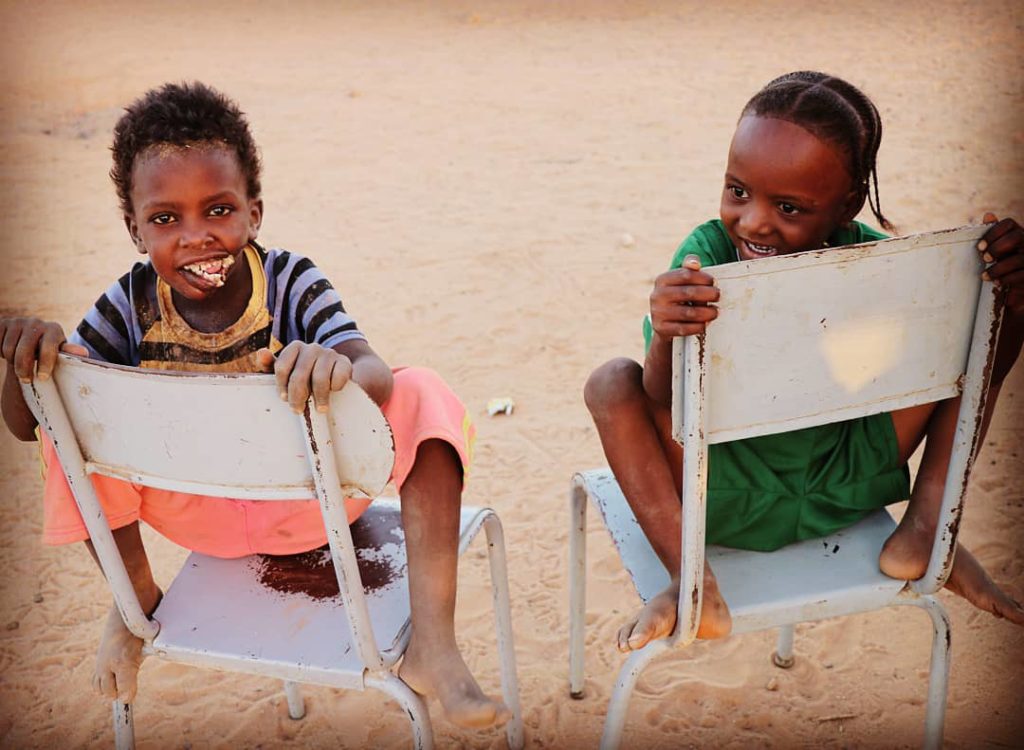 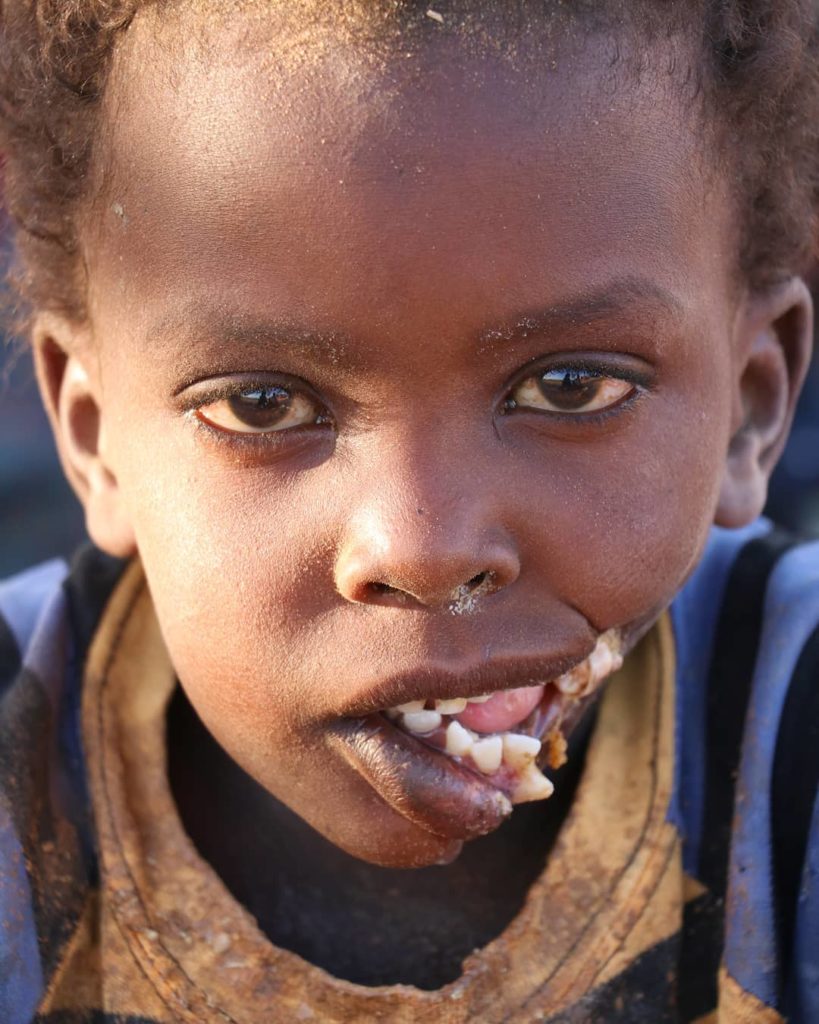 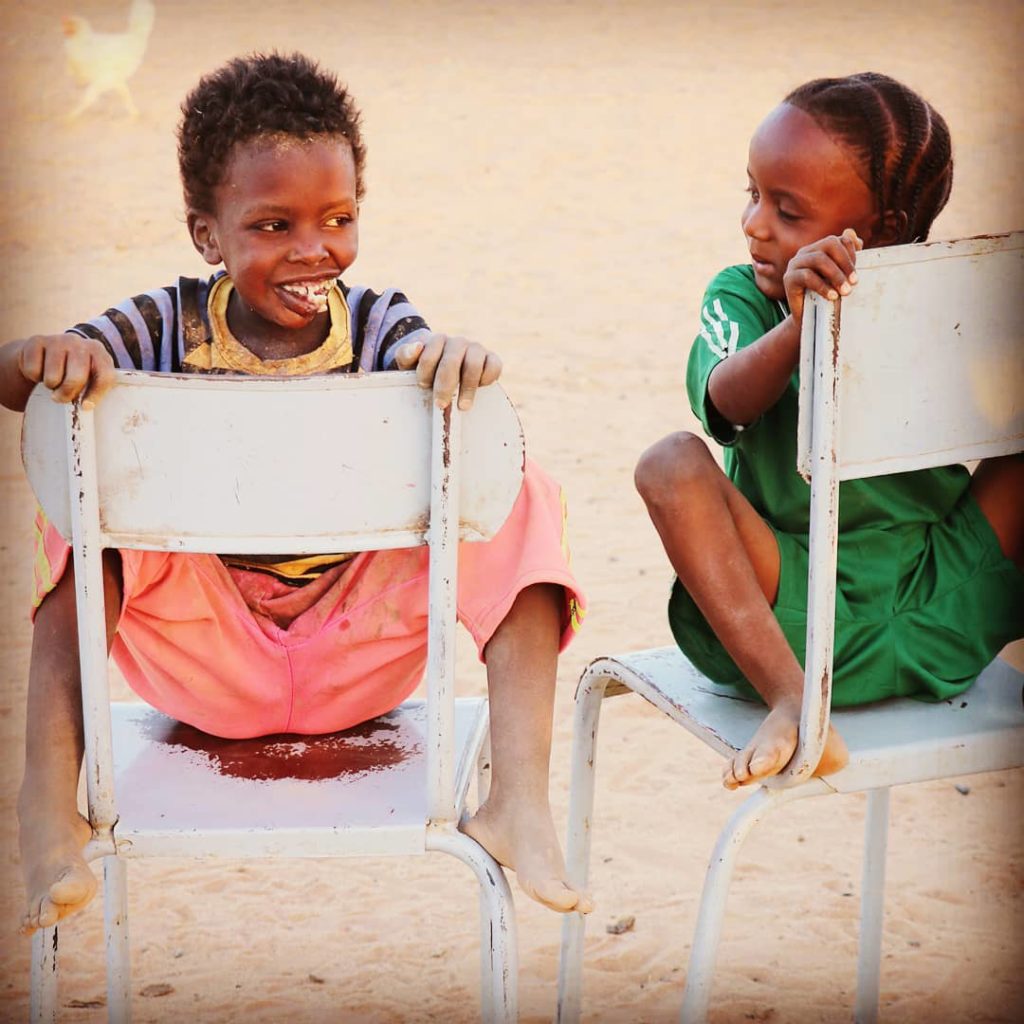 Doubara, a nine-year old orphan from the village of Jadiri. Doubara has NOMA, or facial gangrene.

I met Doubara during my last visit to the Azawak. He was the jolliest kid that I met in the village, despite the unimaginable chronic pain and discomfort that he endures. I wondered why no one had taken him to Niamey to be treated and receive reconstructive surgery (untreated, NOMA kills 90% of the time). The simple yet terrible answer: “Doubara is an orphan.” His mother died several years ago, followed by his father only one year later.

Orphans are fed meagre leftovers and left to themselves. Neglect likely explains his condition. NOMA is often caused by a combination of severe malnutrition, immunosuppression, and lack of hygiene.

After inquiry, I found that there is no one willing to travel 800 km to Niamey with him, or to stay by his side during the medical procedure. And then what? Who will care for him afterward? Even with reconstructive surgery, he will always be disfigured, an outcast and shunned by his community. He might be given a little food… but not much else.

Look at his clothes. He is filthy, but has nothing else to wear.  Of course he does not attend school. And even the simple luxury of a blanket during cold evenings he does not know… asleep alone, he must be miserably cold. I can’t stand thinking about it.

Today I find myself in a conundrum. I know that getting Doubara treatment is the first step, but it’s just not enough. Without a family to support him after a long surgical process, what kind of future lies ahead? I have seriously considered adopting him. But I can hardly take care of my own kids and run Amman Imman as I should. How can I take on this responsibility? I pray for an answer and for help.

First step first, I need to get Doubara to Niamey… if he is still alive!