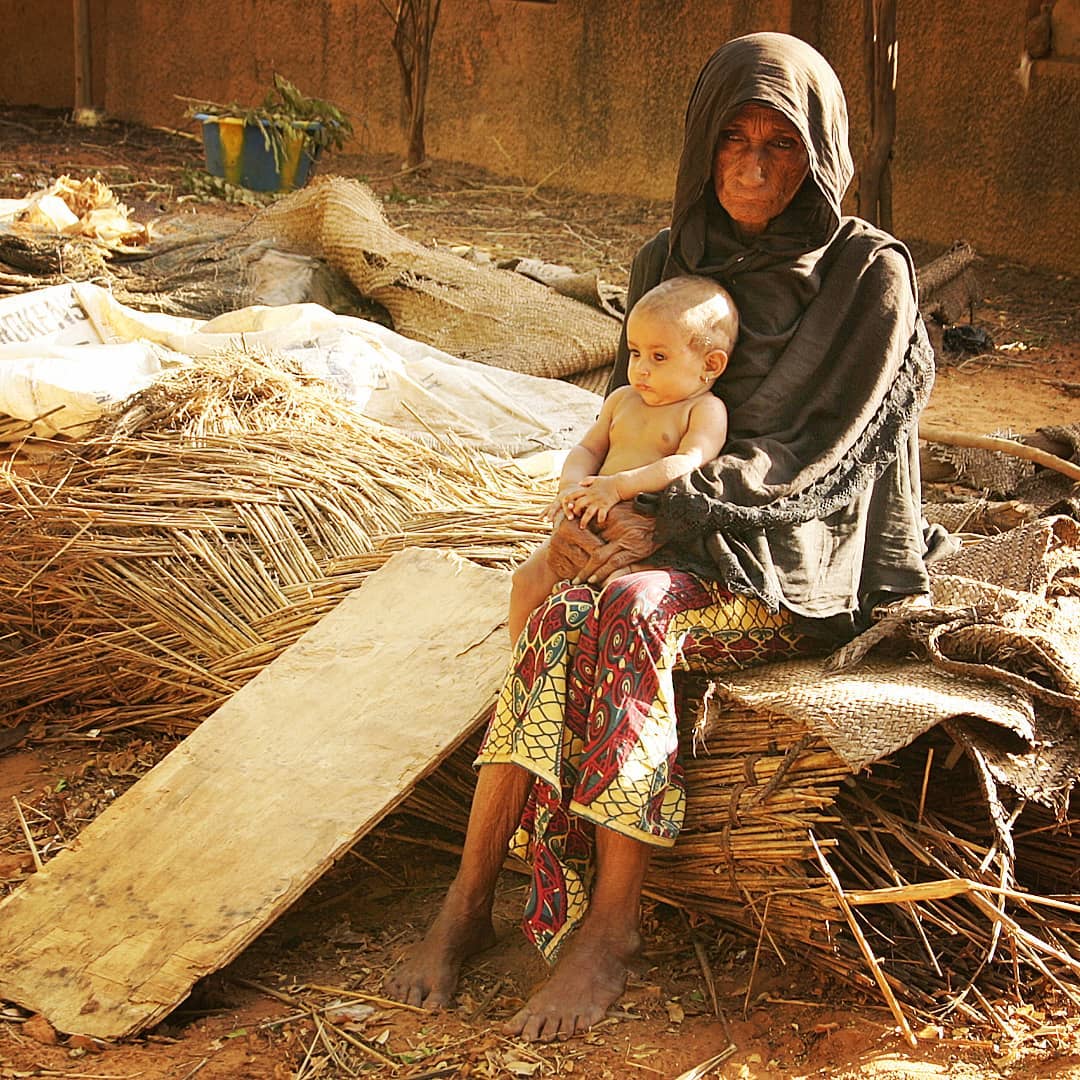 I obtained such a kind reaction to my last post on Fati, that I am now going to continue her story.  In this photo, Fati’s aunt sits with Fati’s daughter, Mariama, after a devastating storm that destroyed their reed huts.

Fati’s aunt has been a crucial actor in her life.  Mother of Mohammed, Fati’s cousin and former husband, forced Fati to marry her son when she was only 13. Fati was so upset with this situation that she tried to run away from home several times.  She did not want to marry and hoped to continue her education. At this point, Fati had already lost her own mother, and her father gave in to the pressure from his sister.  She married Mohammed, and at 14 lost her first baby when she was eight months pregnant.  She then had Mariama (baby in photo) and Moussa with Mohammed.

Her aunt (in photo) lived with them. She regularly verbally abused Fati, often repeating what a terrible person she was. She encouraged her son Mohammed to beat her, so that she would become a better wife. When Fati finally divorced her husband to save her life, she experienced great criticism from her family. Her aunt and Mohammed took Mariama and Moussa from Fati, hardly ever allowing them to visit their mother. Both Mariama and Moussa died at age eight from undetermined illnesses.

Today, Fati visits her aunt and Mohammed every once and a while. She tells me that she has forgiven them for the terrible chagrin they afflicted on her. She is happy for Mohammed who has remarried and has other children.  She claims that he treats his new family well, and that he is remorseful of the past.  I simply continue to be awed by Fati’s inner strength and ability to forgive.  She is my guide in love.