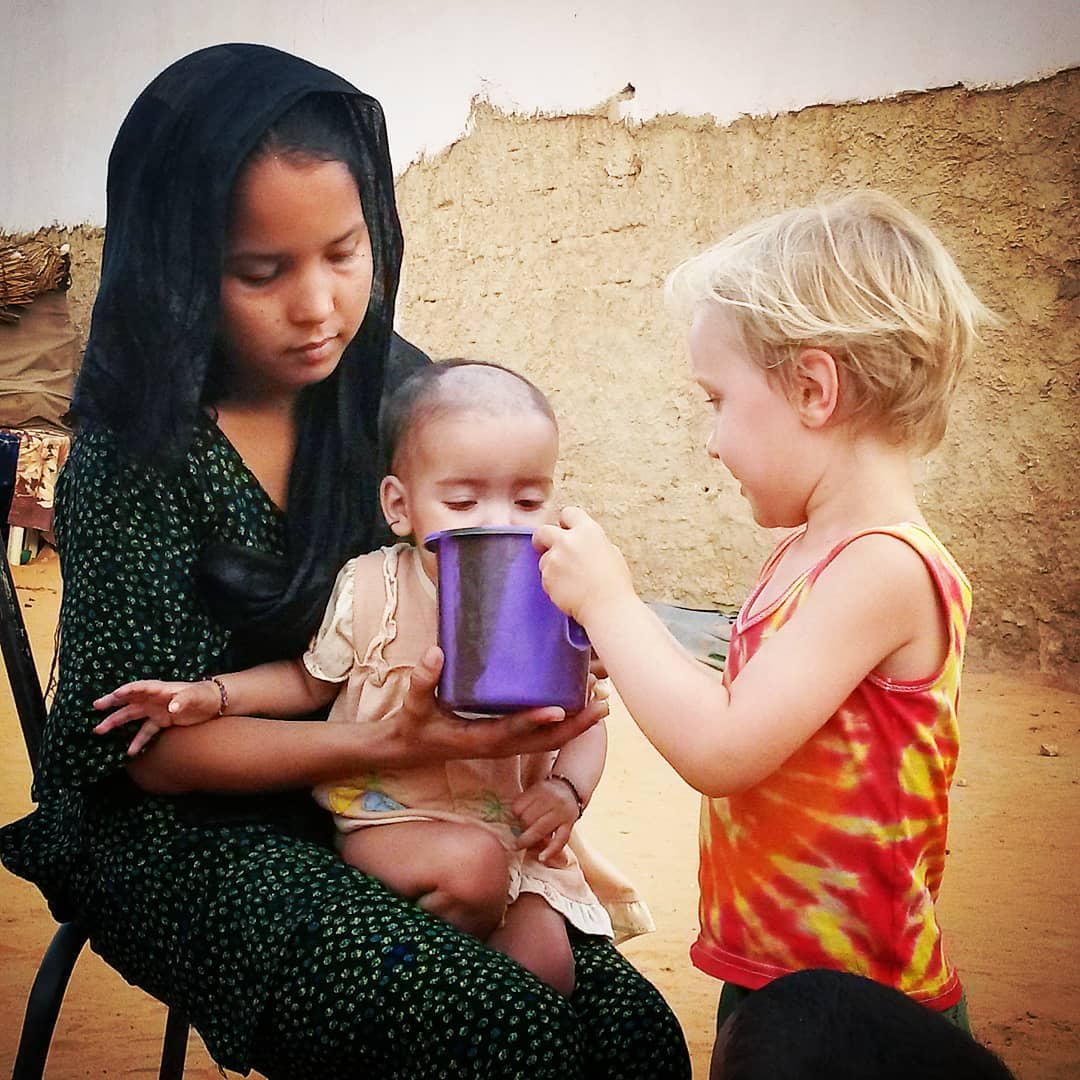 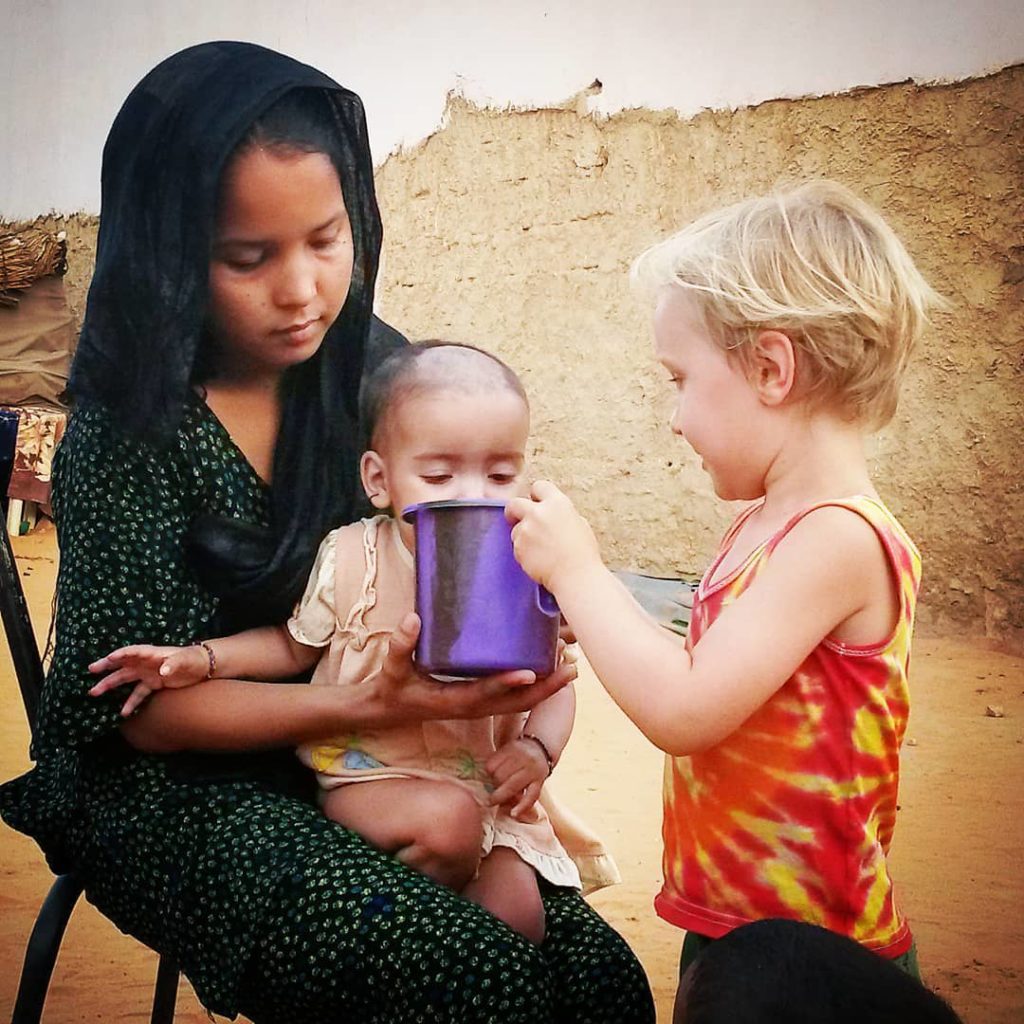 THE GIFT OF WATER or UMBILICAL HERNIAS … no matter where or to whom, the gift of water is the one gift where you simply can’t go wrong.  Here, Soriya helps little Zeinabou sip water while her mother Hadiza watches on.

Life as squatters in Niamey is not easy to begin with for Hadiza, who grew up on the prairies near Sai on camel milk and millet.  She moved to Niamey when she married Mohamed seven years ago and has since given birth to Abdoulaye and Zeinabou.

Zeinabou, now almost three, has never been able to walk.  Her legs are like sticks and simply do not have the strength to hold her up.  She sometimes gets motivated to pull herself up to stand holding onto something, just to hold herself up for a few minutes. Her head is slightly too big, as if it were bloated with water. She has also suffered from an abominable umbilical hernia, which simply won’t go away.  I’ve offered to help with surgery, but the family has not yet accepted. Zeinabou therefore hardly eats a thing.  Her hernia has turned green, and I worry for her life.