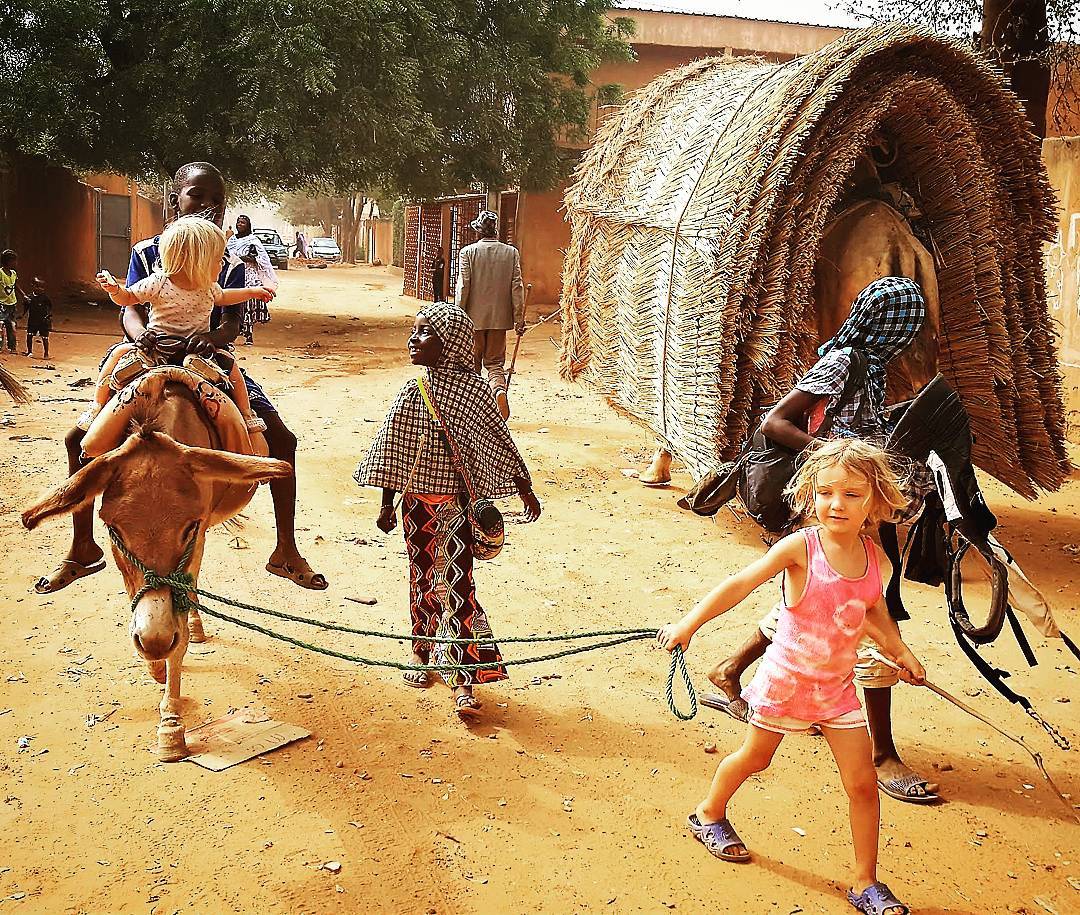 In this photo, my son Soriya is pulling our donkey, Zorro, around our neighborhood.  Arouna holds Indima on Zorro’s back, while she chatters to Hassana about the camel that has just walked past. Zorro sadly passed away in March.  While he lived as our dear friend, he bravely carried us around Niamey, and opened the door to many new friendships around our neighborhood.  Following is a journal entry I wrote for Soriya about one of our Zorro adventures:

Zorro simply did not want to budge today. Granted, this morning was so hot that our dear Zorro would have clearly preferred munching on hay and compost at home. Egged on by Arouna, Fassely and the girls went around “borrowing” fresh mango leaves that protruded over the concession walls, in order to entice Zorro to keep walking. This ploy only worked for a while. A small crowd of boys and girls gathered around us, offering advice or twig switches to motivate our recalcitrant donkey. Two of them climbed on Zorro’s back, while you tugged on his rope. They teasingly placed your Superman baseball cap on Zorro’s head. The sight of a three-year-old white boy pulling two teenage Nigeriens on a donkey was hilarious!
Zorro shifted a few steps forward, and then became immobile again. I was flustered by the ruckus of all the children, and our walk was going nowhere. I told everyone to be quiet; I had to speak with this donkey. “Zorro, I’m not going to let anyone unleash their switches on you anymore,” I whispered into one of his long ears while caressing his coarse muzzle. “You are our friend. We’d love for you to walk with us, and I’d be most grateful if you’d come along easily. But if you really don’t want to walk today, I’ll take you home.”