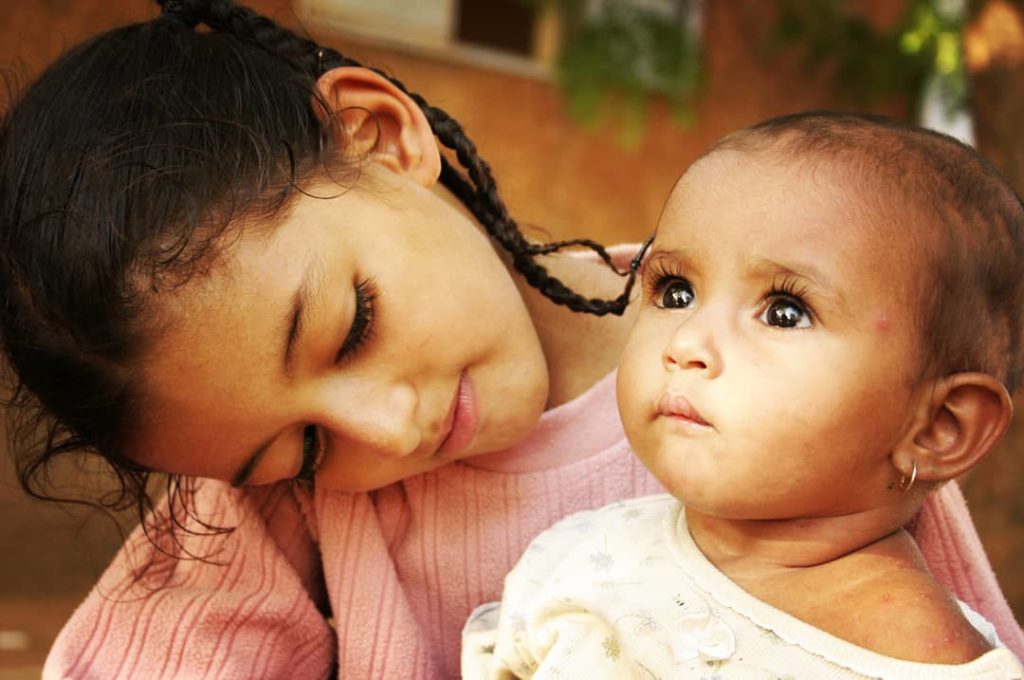 Fati is a tiny woman of 37 kilos, yet I have never seen such strength of will and vivacity in one person.  Nothing phases or scares her… except making her little Mariama unhappy.  Whenever I bring home bananas or drinkable yogurts – treats she can’t afford — she sets them aside and whispers “these will make Mariama’s day”. Indeed they do as Mariama sits giggling and smiling, munching away at a slimy banana with her four newly grown frount teeth.

Fati’s husband, Mohammed, shakes my hand vigorously thanking me for treats he wishes he himself could offer his wife and daughter.  He would do anything for them, but how can he?  He works as the school guard, but hasn’t been paid his salary of 20,000 FCFA since he began his job a year ago.  Until he finds employment elsewhere, he continues working hoping that one day he might be compensated for his efforts.  At least for now, his family has land to live on. (text written in 2005 after only a few months of knowing Fati.

Today, 13 years later, Mariama has sadly passed away. Fati has divorced Mohammed, but is still as loving and selfless with her three living children, Raichatou, Salim, and Abdoulkarim.