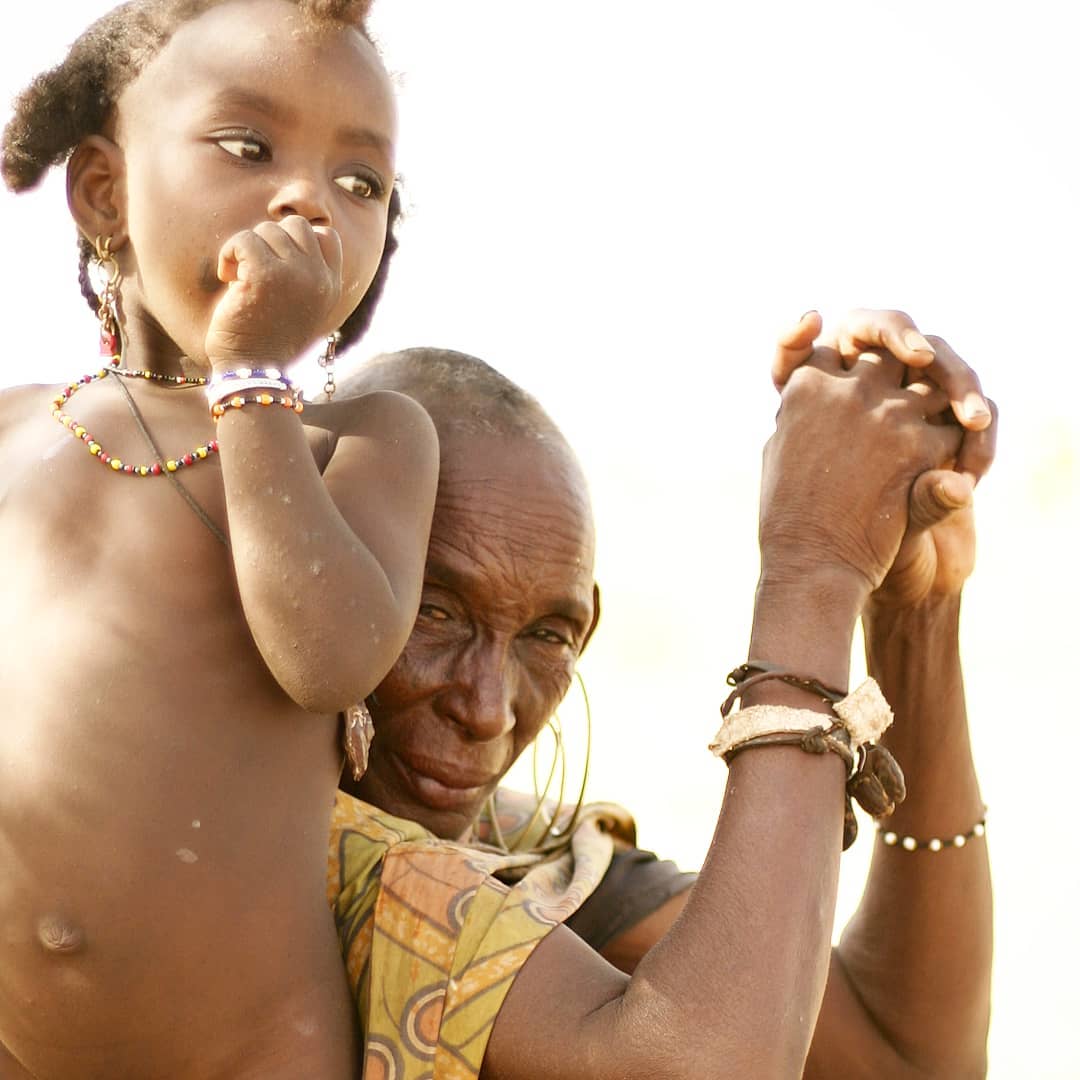 THE MOTHER OF MOTHERS: (second in grandmother’s week series)

I spent several days with this Wodaabe grandmother, who stayed alone in a small camp to care for the small children. She spent all day taking care of the daily chores, including milking the cows, preparing food, and fetching water. The little ones followed her everywhere, scared to leave her side. They had clearly adopted her as their mother.

Observing her with the children reminded me how, in many African cultures, the grandmother is actually called “mother” while the mom is called by her first name. As long as the grandmother is alive, she is considered the mother of all. And I have time and again witnessed a grandmother sharing her breast with a crying baby as a surrogate until the mom is available to breastfeed.

A grandmother is treated with utmost respect, and her word is final. This tradition has changed, for better or worse in our western culture, where the actual mom has the final say in how her child is to be raised.