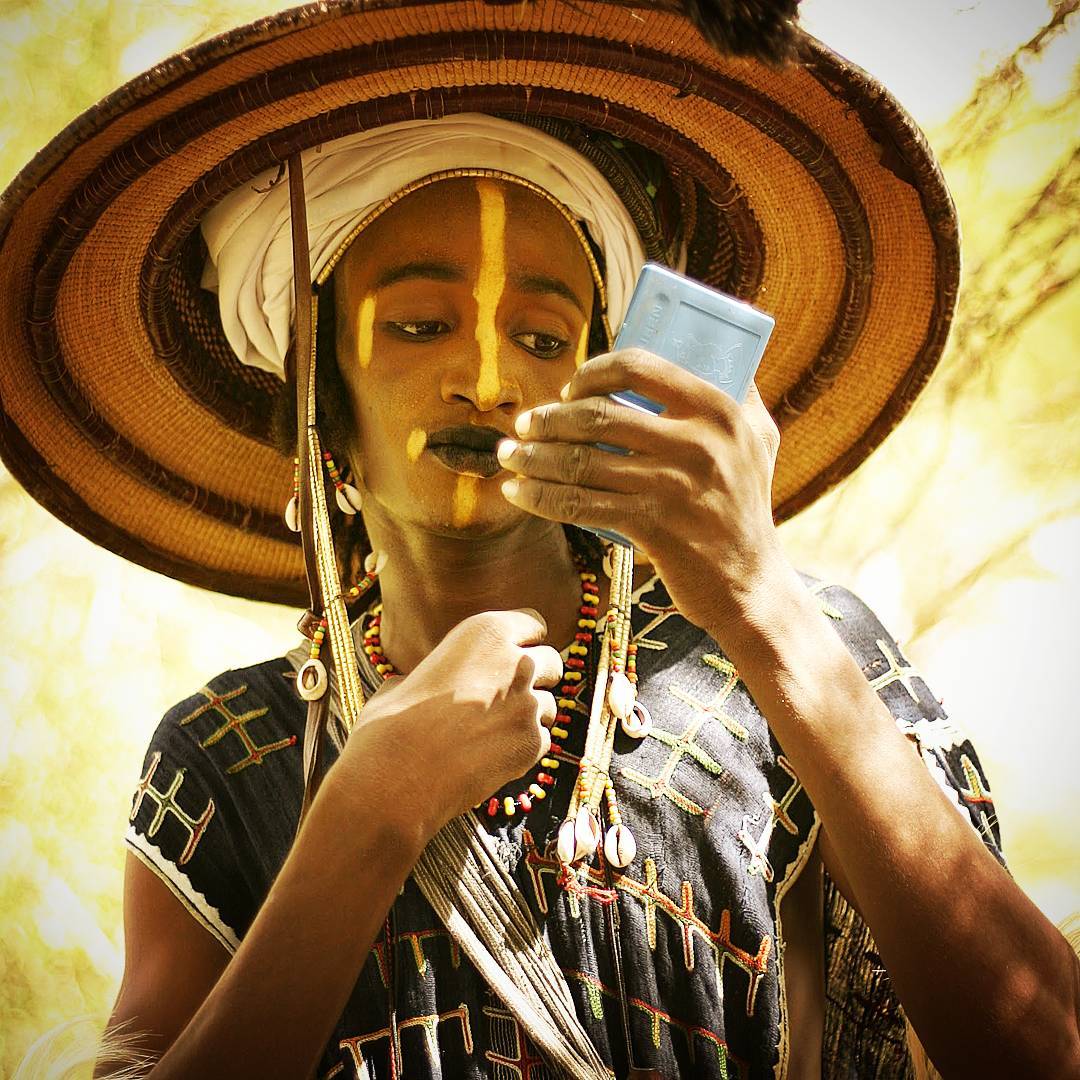 POPULARITY CONTEST:  Why is instagram such a popularity contest? I had no clue that a darned algorithm would prohibit me from having as many friends as I’d like!

Sorry, I diverge!  In this photo Deegii, a Wodaabe Fulani man, admires himself as he prepares himself for the Gerewul dance, a traditional Fulani “popularity contest” or male beauty pageant.  The Fulani are obsessed with beauty, and men are equally, if not more coquettish than their female counterparts.

During the Guerwul ceremony, men wear magnificently embroidered indigo dresses, and cover their faces in painting which lightens their skin and accentuates the whiteness of their eyeballs and teeth.  More typical garb outside of a ceremony includes a large turban and boubou, adorned with Tuareg leather pouches and a Touareg saber. Sometimes the whole is topped with a beautifully adorned large feather decorated straw hat.

For centuries, the life of the Wodaabe has revolved predominantly around their cattle.  Those that have not settled into villages move camp frequently, always seeking the best pastures for their animals.  Their tents are compact and consist generally only of a table covered with calabash bowls and a wooden bed, sometimes covered by a plastic sheet, or in the past, a cloth sheet.  Rather than live in groups of families in close proximity, they often live only with their nuclear family, with a brother’s camp several kilometers away.

Their inherent individualism struck me one day.  As I sat with a Fulani friend, he began brewing tea.  Soon after, his brothers from farther away camps joined us.  I expected him to share his tea with his brothers, as is common in the Touareg custom.  To my great surprise, the brothers pulled out kettles to brew their own tea.