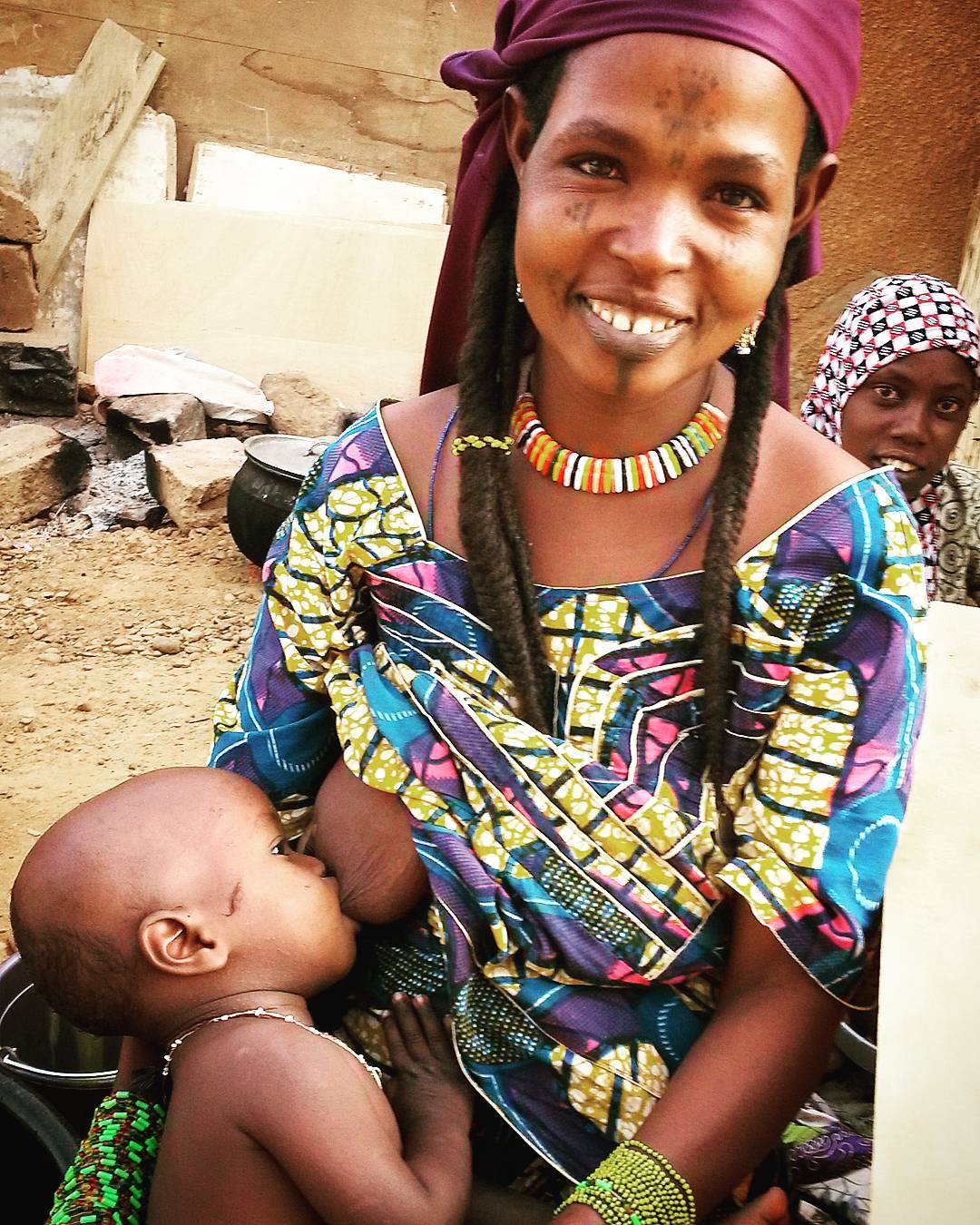 SURROGATE BREASTFEEDING: (sixth in the breastfeeding series) In this photo, a Fulani mother cares for the baby of one of her husband’s other wives; her co-wife.  The baby’s birth mother has left for several months to neighboring Nigeria to raise money for the family selling traditional medicine and magic potions.  Instead of taking her nursing child with her, she has left it to be cared for and nursed by her co-wife.  This is a common practice among Fulani migrant working mothers.  In fact, surrogate nursing is not uncommon in Niger, and even in Africa.  For instance, grandmothers often put nursing babes to their breast to comfort them during periods when mothers are unavailable.  BaAka pygmy fathers of the Central African Republic will also offer their breast to soothe their child while the breastfeeding mother is away hunting or gathering in the forest.  Even in France, only a few generations ago, surrogate nursing was commonplace in upper class, bourgeois families.  My own grandfather had a nursing nanny; the woman that cared for him breastfed him along with her own child, thereby freeing up my great-grandmother, allowing her time for her music and other hobbies.