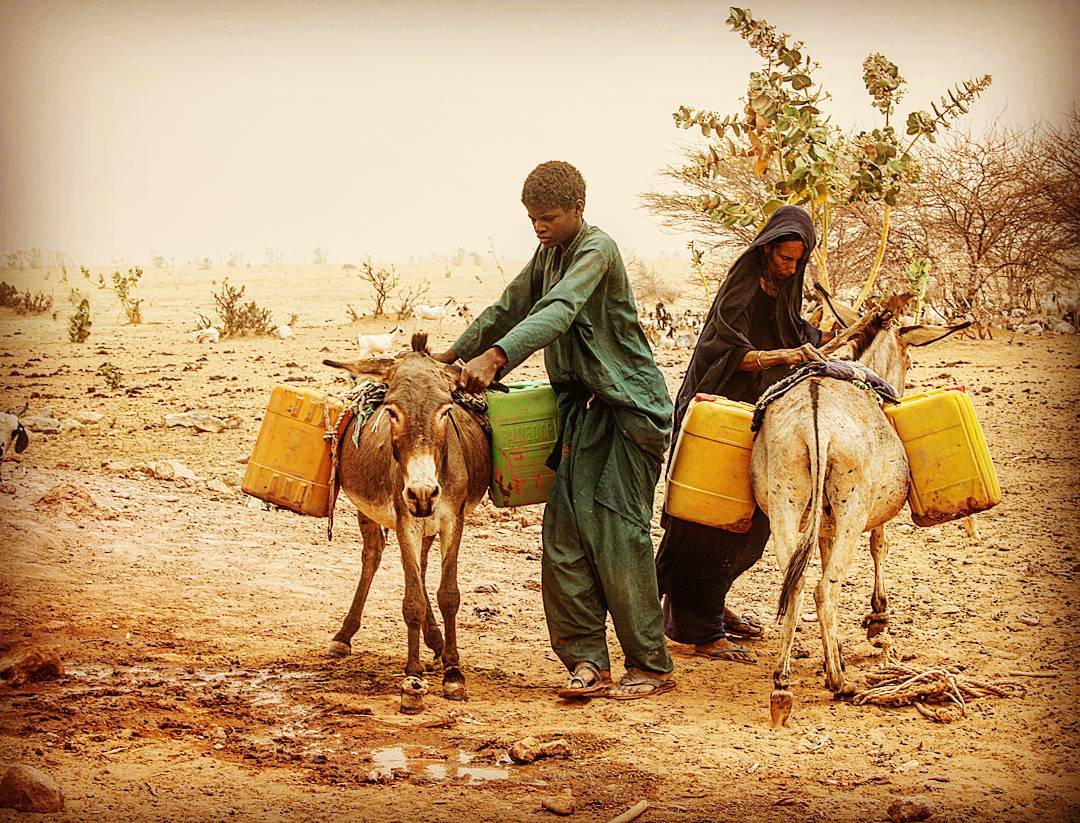 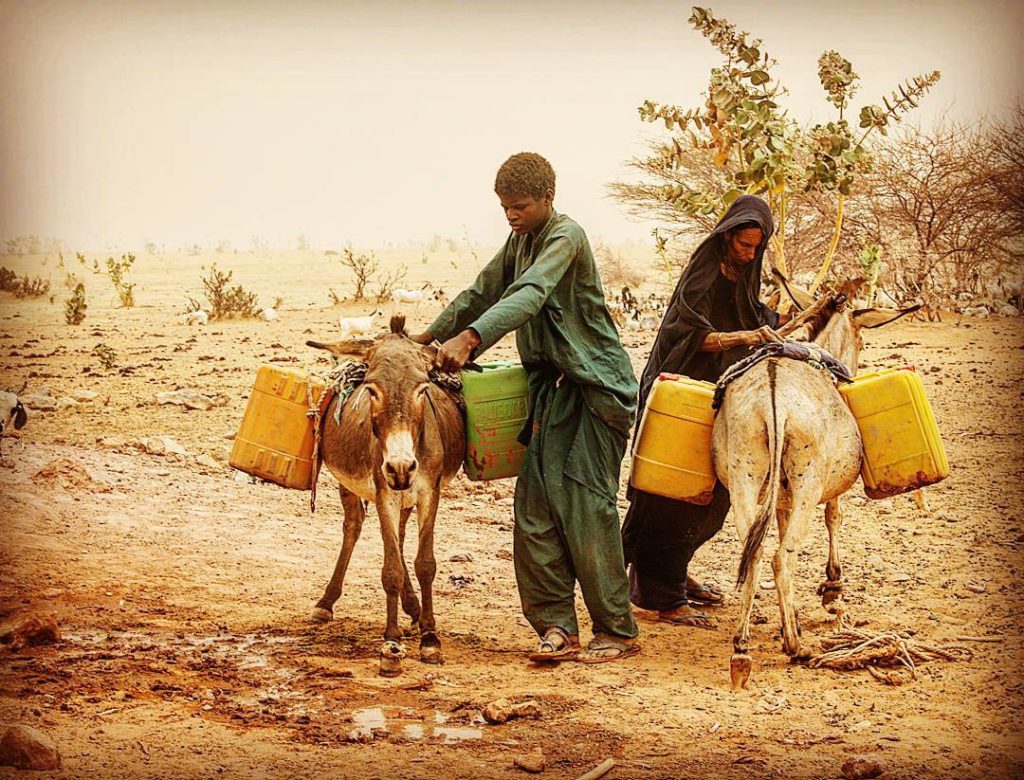 When I threw a pebble into Mohammed and Gonda’s well, I heard a faint thump, not the splashing of water. “How deep is it?”, I asked. “Two hundred feet”, was their response, and still no sign of water.

For six years, Mohamed and Gonda’s families had pooled their resources to dig an adobe well.  At last they abandoned their efforts at close to 300 feet deep.  Their resources had run as dry as the well – they had no more money to dig deeper or to line the well with cement.  The adobe well threatened to cave in.  Even if the families had had the money, it would certainly take many more years to reach water at the rate that they were going.

In the Azawak, the renewable aquifer — the Continental Intercalaire — lies at 700 to 1,400 feet.  Because the people of the Azawak cannot afford to drill boreholes for themselves, there are only a few very deep wells interspersed throughout the region.  Rare are those that are permanent or reliable, as they dry up from overuse.

At these deep wells, people such as this man and woman, wait hours their turn to fetch water.  Often their turn comes too late, as the other people and their livestock have left it dry.  The water searchers, often children, may stay at the well as long as three days, waiting for the well to be replenished.  As a result, water consumption in the region is often less that a gallon and a half of water per person/per day.  This is well below the World Health Organization’s recommendation of 6.5 gallons.  During the dry season, water is reserved for drinking and cooking — baths await the return of rains.

In the Azawak, almost a half of the children die before their fifth birthday… most simply due to thirst.

Adapted from “Water is Life: a letter from Niger” by Ariane Alzhara Kirtley in “Yale Medicine” magazine

Download a pdf of the magazine issue for a better view of the photos.