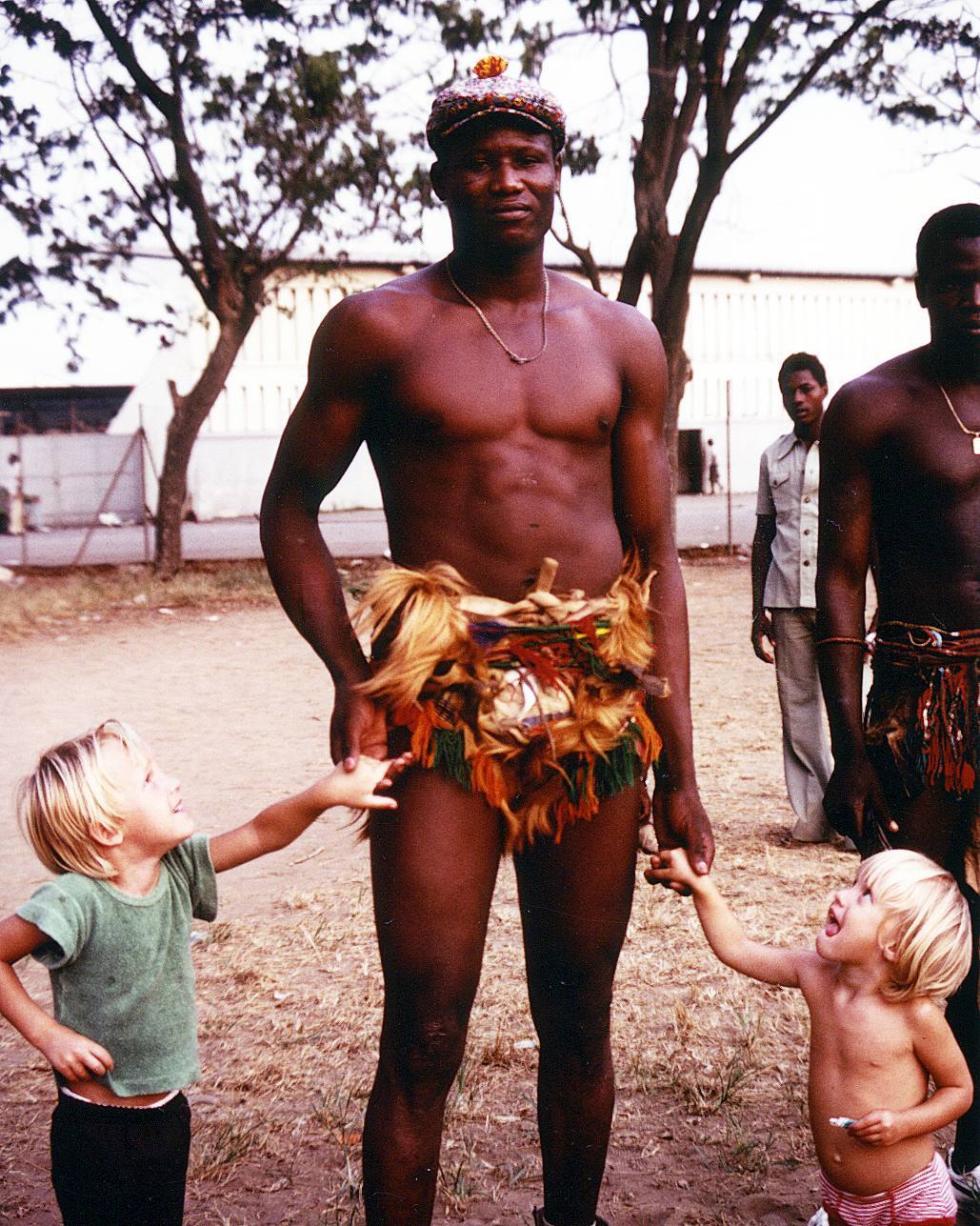 THE WRESTLER:  In this photo, my brother Tercelin and I stand in awe in frount of a Senegalese wrestler before a match.  Wrestling is the traditional national sport in Senegal.  Wrestling in Senegal, like in other West African countries, incorporates elements of folklore, mystical ritual and magic.  The marabout, or religious leader, accompanies the wrestler, to pray for his victory.

Music, particularly drumming, and dance are pertinent to the ceremonious wrestling match.  Successful wrestlers become highly respected celebrities.
While I have not returned since this photo was taken to Senegal during wrestling season, I regularly enjoy wrestling excitement in Niger.

Several years ago, while conducting research in villages near Maradi, I came across a ceremony invoking magical powers to help a certain wrestler win.  Animals were sacrificed while people danced in trance and music was played.  My research assistant, Moustapha, became very upset with me for wanting to witness such an event.

He is very religious, and considered this ritual profane and dangerous. He feared for our safety.  I do not know if the wrestler being revered through the ritual won, but I do know that this ceremony led me to develop interest in the art of magic in West Africa, which is considered taboo, and yet is omnipresent across Niger and neighbouring countries.

Photo taken by my parents, Michael and Aubine Kirtley, on assignment for National Geographic.