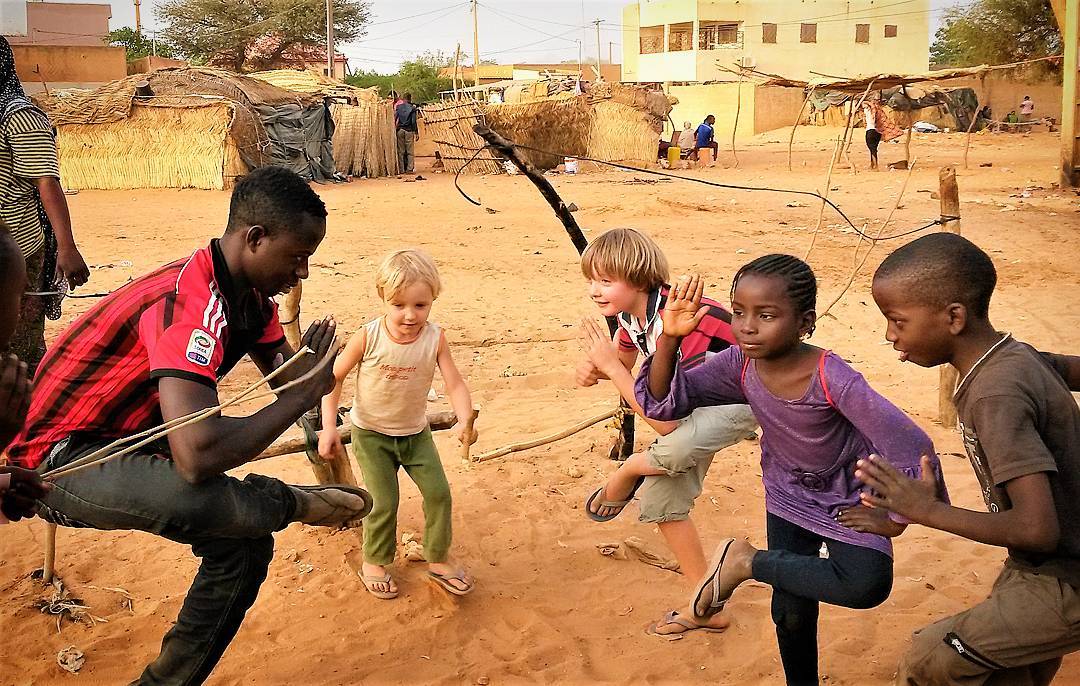 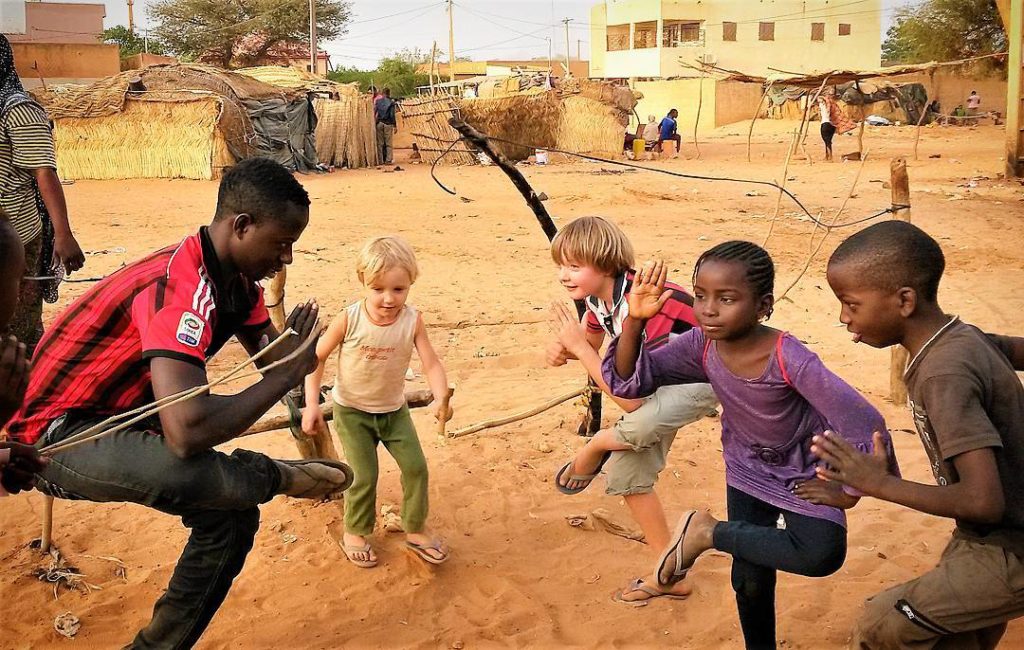 Meet Hamza! He is Arouna and Hassana’s big brother. Hamza has also become one of our dear family friends, and in this picture is teaching yoga poses to Soriya, Fassely, Hassana, and Arouna. Hamza is now 22 years old and is still working to obtain a high school diploma. He has struggled getting past his sophomore year. He is perseverent, and I trust that he will reach his goal. If he does get his high school diploma, he will be the first to do so in his family. One challenge he has is paying his private school fees. He has had to take full semesters off because he could not afford to attend school.

The first year I met Hamza, I spent hours nearly every day with him, when he accompanied us on our donkey walks. We had ample time for long conversations and I got to know him well. I felt like an auntie to him. Then, last year, upon returning to Niamey, I wasn’t able to go on as many donkey walks. He accompanied us less and less, when he didm he appeared bored and annoyed; we had become a chore to him. He had entered, what seemed to me, a “I’m too cool for you” post-adolescent phase. Before I left Niamey, he came to me asking for money, just as he had done the previous year. This time, I got a little upset. I told him that we had not nourished our friendship, and I felt somewhat used and disrespected being asked for money. I am not a bank account. If he wanted money, he’d have to work for me. I also let him know that I hoped we could reestablish our friendship because he was important to me. I don’t think that he had realized how much he meant to me and my family. He worked for me, earned his money fairly, and has since also worked hard on our friendship.