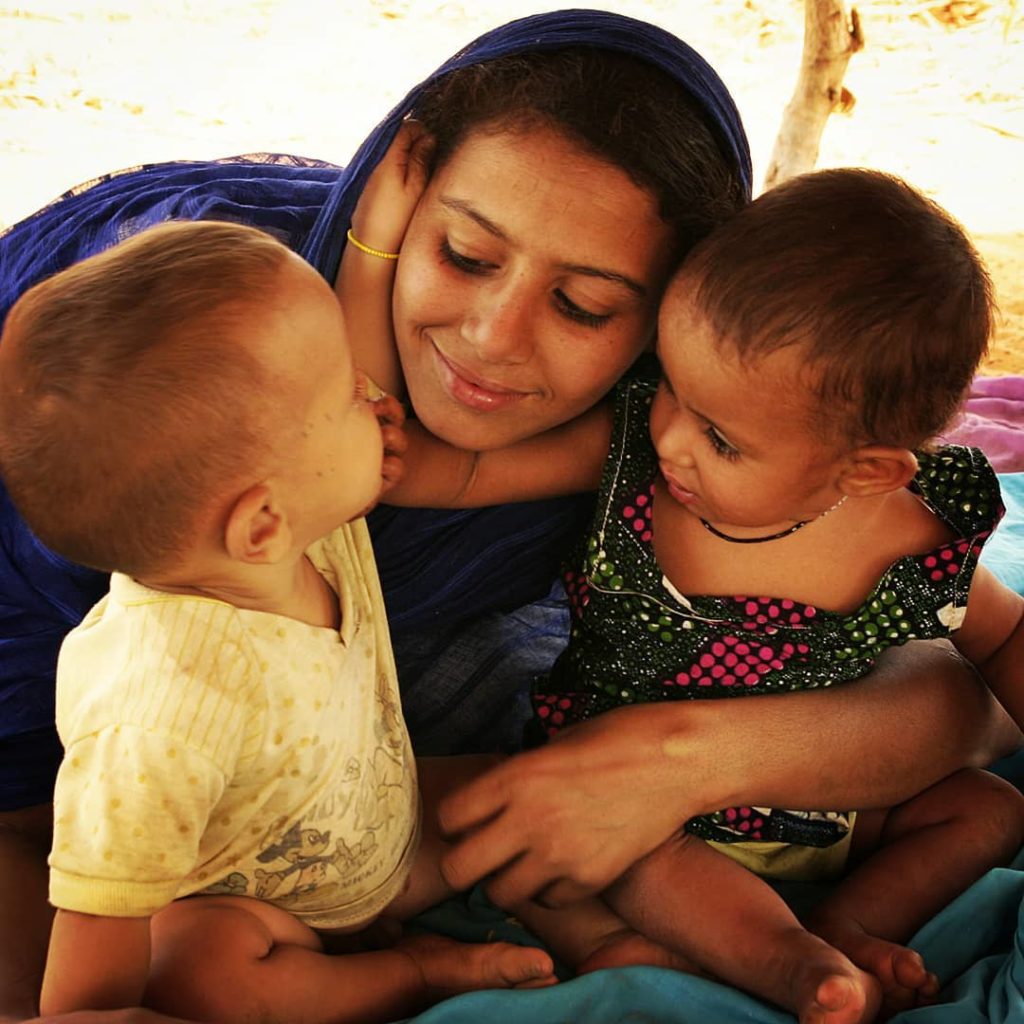 Fatima’s family is originally from the Azawak and Sai. They lost most of their livestock during the successive droughts of 1973 to 1983, which forced them to abandon their pastures in hope of finding work in the cities.  But in the cities, without education or professional skills other than herding, they found a different kind of poverty within the unwelcoming, closed in walls of the city slums, far from their pastures and fresh milk.

Somehow they still manage to survive in joy and serenity.  For instance, several weeks ago, after coming home from working in the field, I went to visit my sweet Fatima. To my surprise, her family’s huts were gone, burnt down by a fire.  She ran towards me yelling “Alzhara, Alzhara” and grasped me in a huge bear hug and refused to let go.  I began crying.  Where were she and her eight family members going to live now?  She laughed to reassure me, “Please don’t cry, God will provide”.