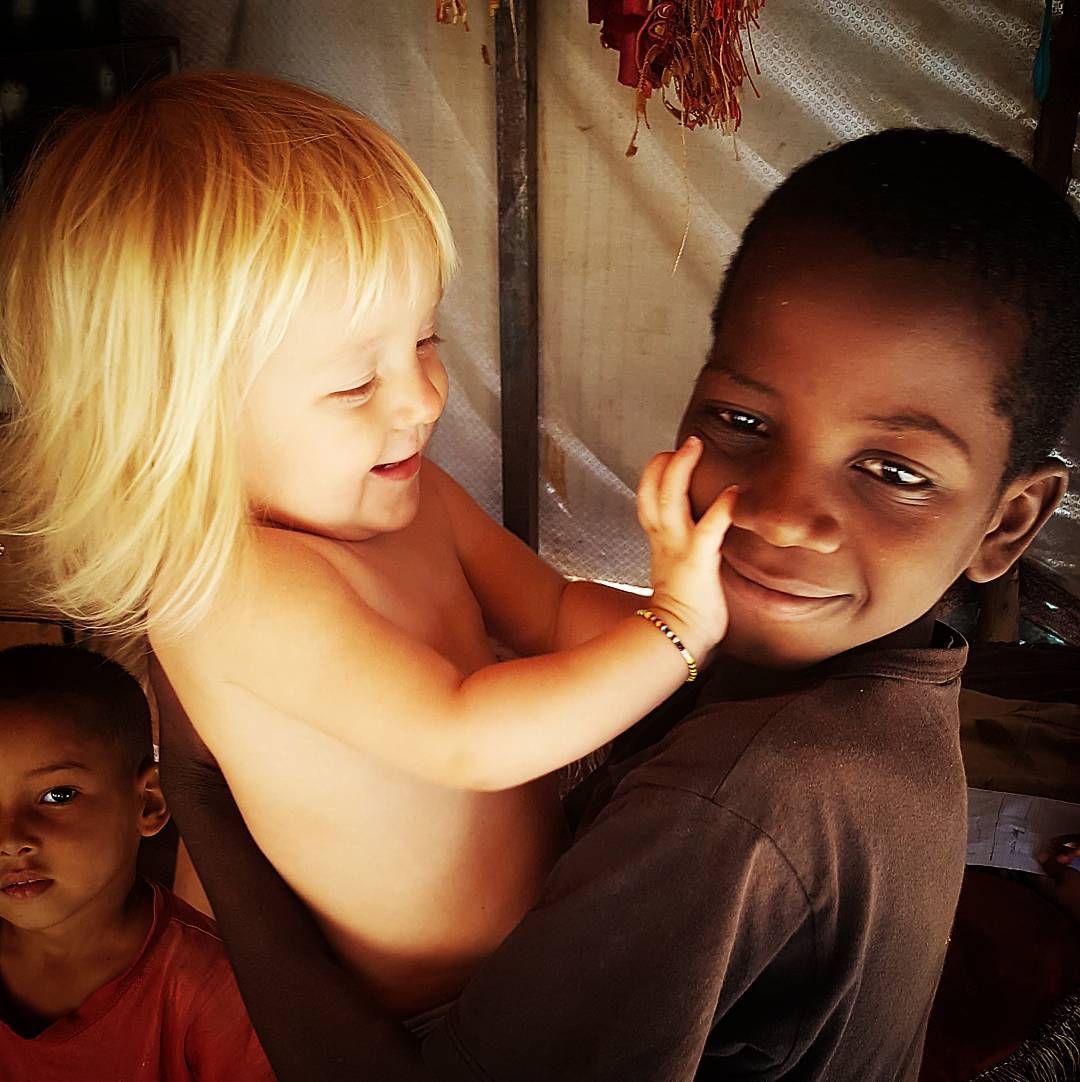 Arouna is both Fassely and Soriya’s best friend in Niger.  He is also beloved by Indima, who he carries around and cherishes. He and his older brother, Hamza, “fight” over who will be chosen as her husband.  We met Arouna at the end of 2015 when we bought our donkey, Zorro.  I had always walked by his squatter home, noticing the donkeys that stood in frount, cared by his father.  When we bought Zorro for Soriya, we needed to find a place to house him.  I decided to ask Arouna’s dad, Abdoulkarim, if he would be interesting in providing board for our donkey, and teaching me how to care for the animal.  Abdoulkarim and his son, Arouna, accompanied us on our daily donkey adventures in Niamey.  I quickly grew to appreciate the 12 year old, who was kind and attentive to all, including Zorro and my kids.  A few weeks after buying Zorro, I asked Abdoulkarim if he felt I could manage Zorro alone with Arouna.  He was skeptical.  First, what was a white woman thinking, wanting to pull a donkey around Niamey?  Second, would I even know what I was doing?  I insisted… knowing that Arouna would help teach me.  Little did I know that he was a donkey novice himself. Our first week together wasn’t simple.  We didn’t want to fodder the poor old thing, so we had to find other ways to get him to budge.  Arouna tried luring him with mango leaves.  He tried pulling his rope along with me.  He tried pushing him from behind.  Zorro was stubborn, and we almost gave up… until I began my donkey whispering… Arouna stayed by my side through it all, and we became buddies.  He eventually became another member of the family, joining us on all our family adventures.