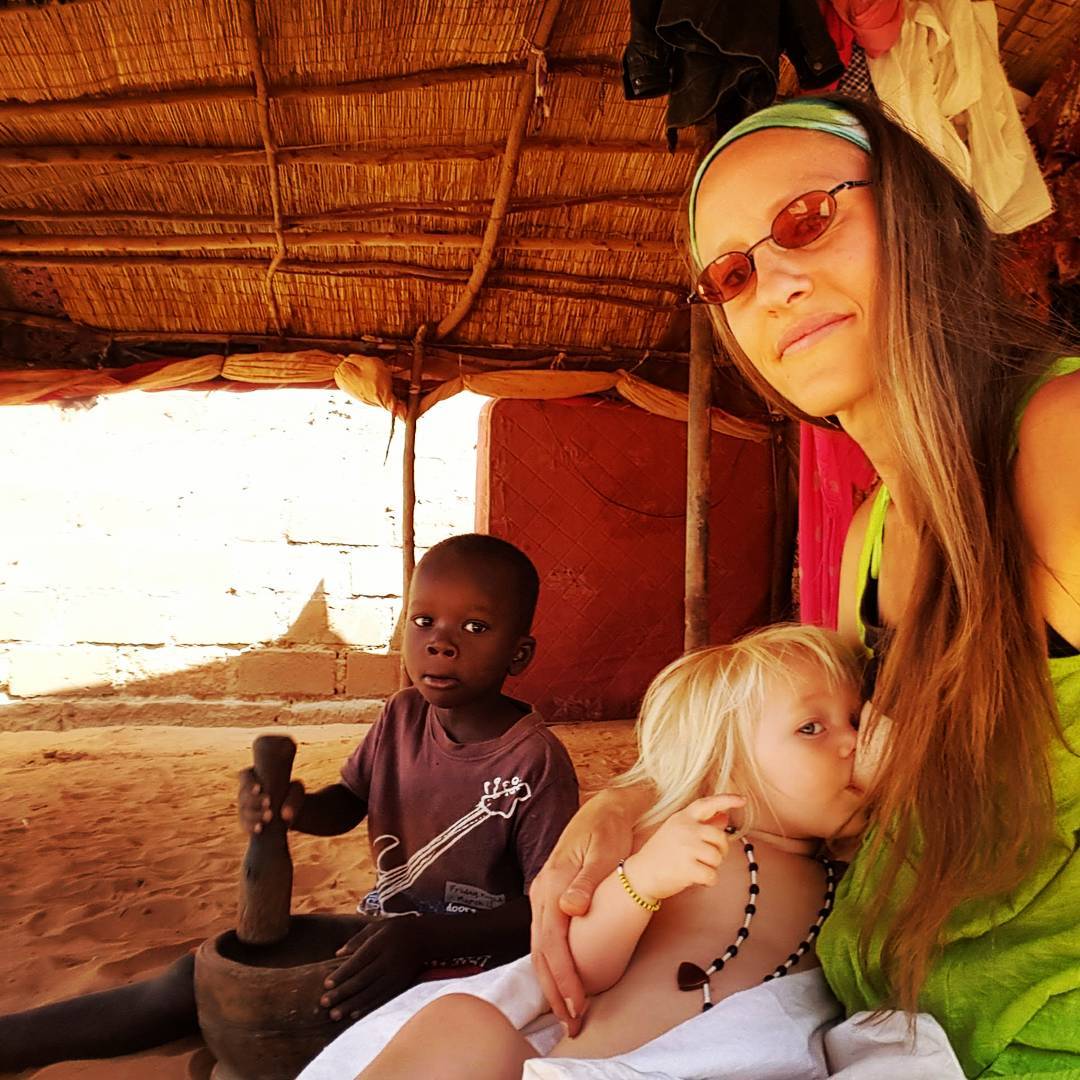 BREASTFEEDING…  NORMAL OR EXTRAORDINARY? In this photo, I am breastfeeding Indima at Fati’s house/tent, while Abdoukarim plays with a pestle and mortar.  I want to use this opportunity to make a few remarks and ask a question.  In the cultures that I grew up in, namely in Africa, breastfeeding is the most natural of actions a mother can undertake with her newborn babe, and for at least two years or longer.  And yet, in many Western cultures, this most natural action is seen as something special, unusual, sometimes even unnatural… only certain mothers choose to breastfeed, and few past six months. It is not even necessarily encouraged by the medical world (a pediatrician told me that I was starving Fassely two weeks after his birth, and that I must stop breastfeeding!) And often, as she breastfeeds, a mother covers herself with a cloth in order to hide her breast.  My goodness, what a strange a culture to make the breast a sexual taboo, rather than a beautiful feeding tool?

Why?  Why has one of the most normal of actions become so extraordinary?  Of course, it is extraordinary in its naturalness… But I must say, in many cultures around the world, a mother does not ask herself whether or not she will breastfeed.  She does not weigh the pros and cons.  She does not think of the benefits this will bring to her baby. She does not consider the constraints this act might bring to her.  No.  She just does.  To her, there is simply no other way… it is the way.