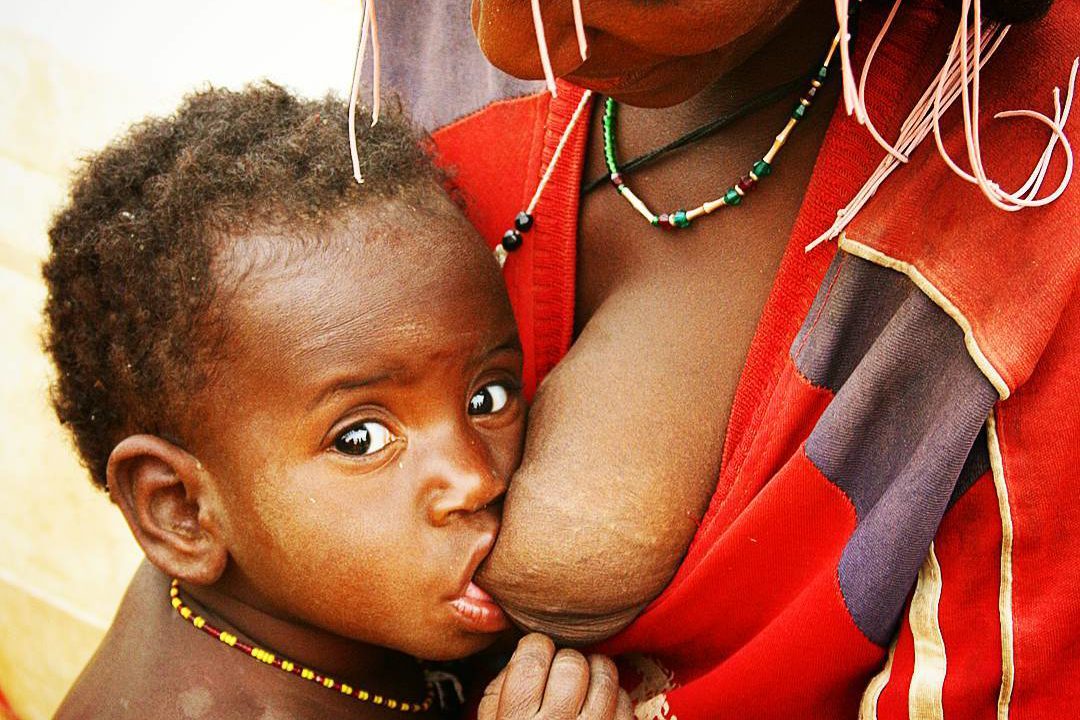 IMMEDIATE AND EXCLUSIVE BREASTFEEDING: (second in the breastfeeding series) This Touareg woman from the village of Kijigari is nursing one of her twins, as her other baby rests on her back.

I would like to return to yesterday’s post about how natural (or not) breastfeeding is.  While in the more remote regions of the developing world, nursing is the most commonly chosen way to feed a baby, immediate and exclusive breastfeeding is not.  For instance, among the indigenous populations that I have worked with in Niger, colostrum, the “first milk” is sometimes perceived as poisonous or useless to the newborn. The mothers often wait for the more mature, whiter milk to come, unfortunately losing the chance to give the protein rich, immune boosting liquid to their infant.  Instead, the newborn is given water or herbal concoctions for the first several days.  This can be a deadly practice when clean water isn’t available.  Furthermore, women often fear that their milk does not suffice, and will offer water and sometimes food to compensate, particularly during periods of extreme heat.  Again, this can prove to be a deadly choice when potable water does not exist.

While I worked for CARE International in 2003, my job was to teach mothers “proper” immediate and exclusive breastfeeding practices.  At the time, I had no children and had never breastfed myself.  The women I worked with respectfully questioned my knowledge.  Who was I, someone who knew little of their culture, and knew nothing about childrearing, to contradict what they had been doing for generations?  Today, after having breastfed three wee ones, I can educate with more authority, and I also better understand the complexities of breastfeeding.  No matter how “normal” it is, it isn’t always easy.  It can be painful.  It can be baffling.  And it’s confusing to think that there are actually right and wrong ways to do something that is so natural.