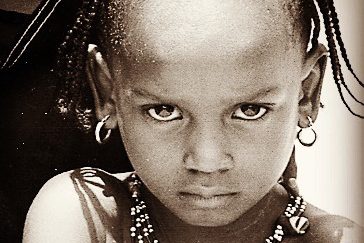 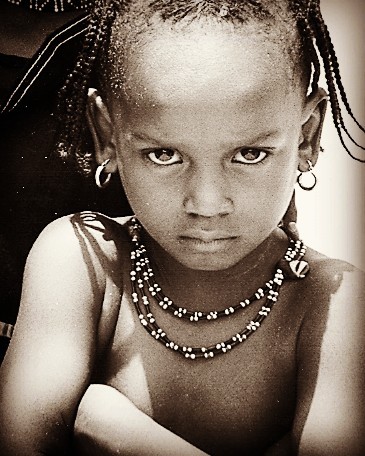 FLYING BAGS OF POOP: I was exhausted from the day’s heat, and tired of conducting questionnaires.  Even though my research was fascinating, I wanted to play with kids, and take a break from the gruel of my work.  I had spent all day walking from one household to another in the village of Goumbi Kanno, conducting interviews with women to inquire about their hygiene and sanitation practices. I was feeling a little strange asking such personal questions to women I hardly knew.  A break was in order.

Upon leaving one household, my research partner, Rokia, and I entered a small, twisting alley.  It would have been cute and inviting had it not been littered with filth and waste water.  As I walked, I fell deep into thought. In contrast with the Fulani women I had interviewed, almost all the women in this Hausa side of this village were cloistered, meaning that they were not allowed to leave their household during the day.  They could leave at night to visit lady relatives, and to use the toilet in the fields beyond the village boundaries.  I had never heard of cloistering before.

This was a relatively new phenomenon in Niger, and a direct consequence of rising poverty.  The men of the village, obliged to seek financial opportunity as migrant workers in neighboring Nigeria, brought back with them radical Islamic practices and beliefs that they learned abroad.  Not only did this extreme change in culture strip the Hausa women of any right as an autonomous being, it also took away all ability for them work outside of the household, and contribute to the family income. How contradictory, given that their contribution was direly needed.

Still deep in thought, I tried to imagine how things worked out for these women in a more practical sense.  Where, for instance, did the women defecate during the day?  None of the households had pit latrines.  Did the women just wait until the evening to do their business in the dark of the night?   The answer to my pondering came from the sky.  Rokia screeched, “Watch out for that bag.  Don’t let it hit you on the head!” she yelled out.  “What?” Sure enough, a black plastic bag went whizzing over the concession wall.  Seconds later, lying on the ground beside my feet, lay a bag filled with human excrement.

Indeed, it was time to find some children to play with far off in the fields.  This Fulani child and his siblings offered me reprieve from my work, and fun enough to digest the events of the day.

Photo: Fulani child from the village of Goumbi Kanno, Niger.