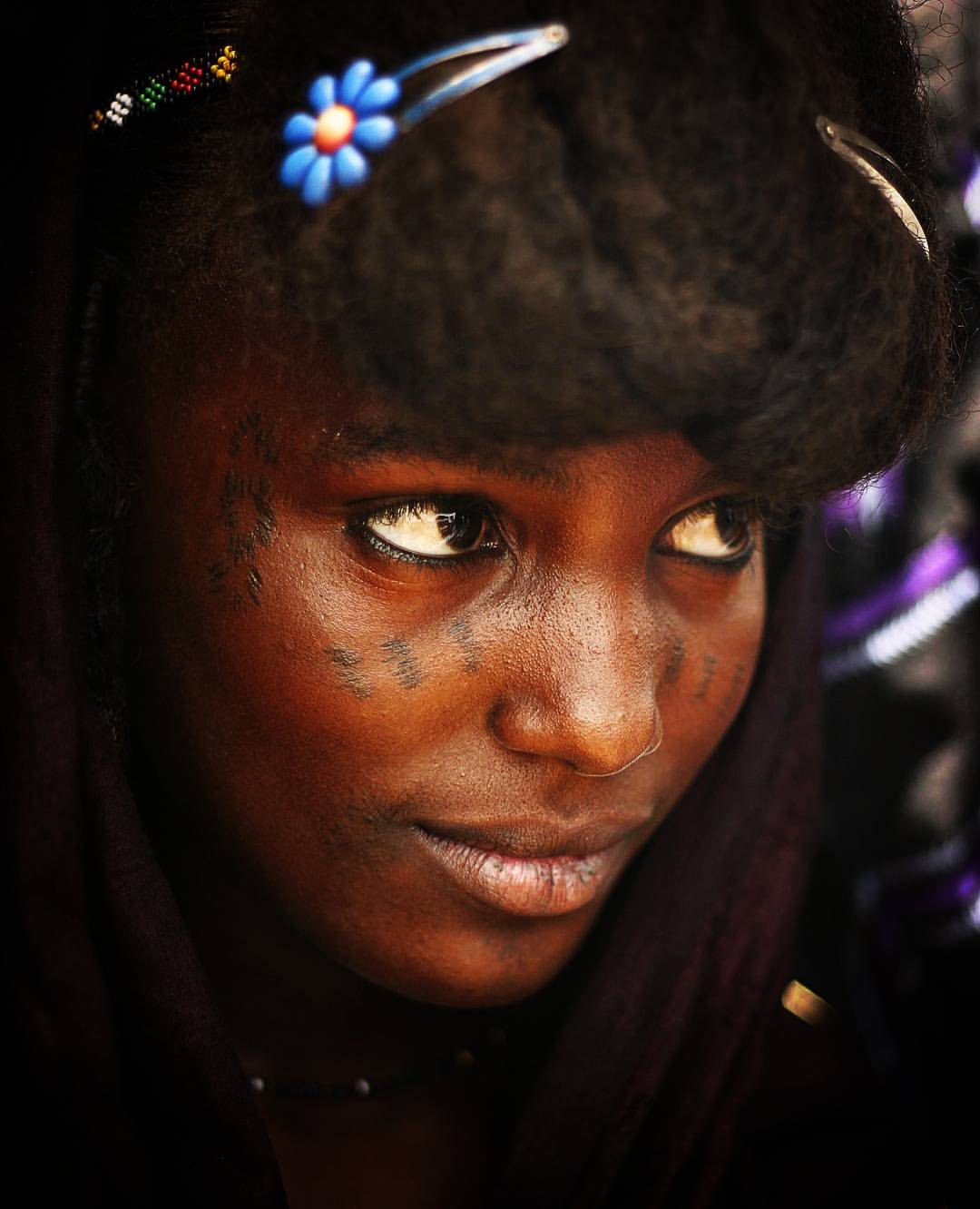 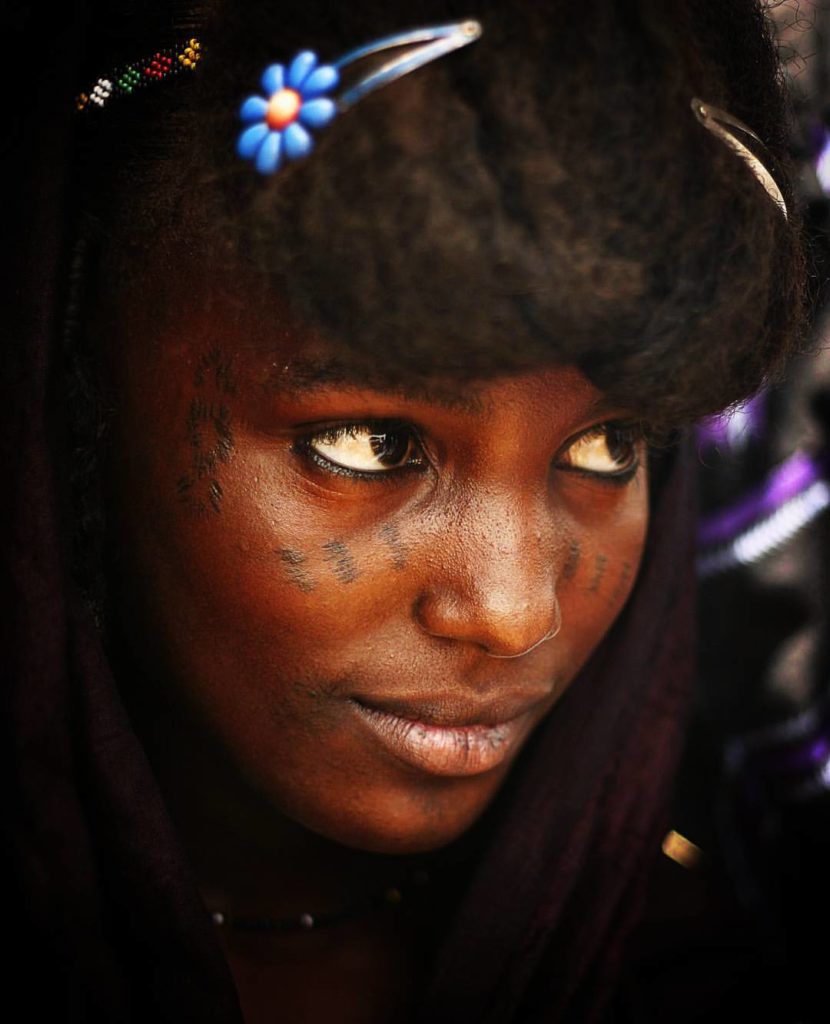 GOTCHI AND SATCHI, TORN APART BY DROUGHT: (first part of the Gotchi and Satchi story) This is a fictional story that I wrote based on the Wodaabe women of Couloubade, Niger… it is a story about love, about a mother and her daughter, about climate change, about migration, and about hope and resiliency.

Resting after a long day roaming the parched desert plains, a girl stood atop a dune. Before her stretched her vast homeland, on the southern rim of the Sahara Desert. She imagined what her land must have looked like covered with hardy grasses, as it had been not so long ago, according to her parents. She breathed in the warm evening air and smiled at a young cow standing beside her.  She caressed its gray-and-white-speckled hump. With a sigh, she lay her head on the cow’s strong, thick neck.

Hearing the urgency in his voice, Gotchi intuitively understood that something was amiss.  Without another word the three hurried home to their small village.
Their mother Binta slowly appeared from inside their adobe hut. “Gotchi, sit down”, she said. “Drink some water.”

Binta was rarely so solemn: “My daughter, we are going to have to sell Satchi at the market tomorrow.” Before Gotchi could protest, she continued, “We have no more food to eat. We hardly have water to drink. Ever since your father lost all our cows to the drought, we have nothing. What else can we do?”

Tears streamed down Gotchi’s face; Satchi was her best friend, given to her by her father Sanda when the girl was five. Binta looked away to hide her own sadness, “We have no choice,” she declared.

(Photo taken at a Geerewol ceremony. This is how I picture Gotchi)