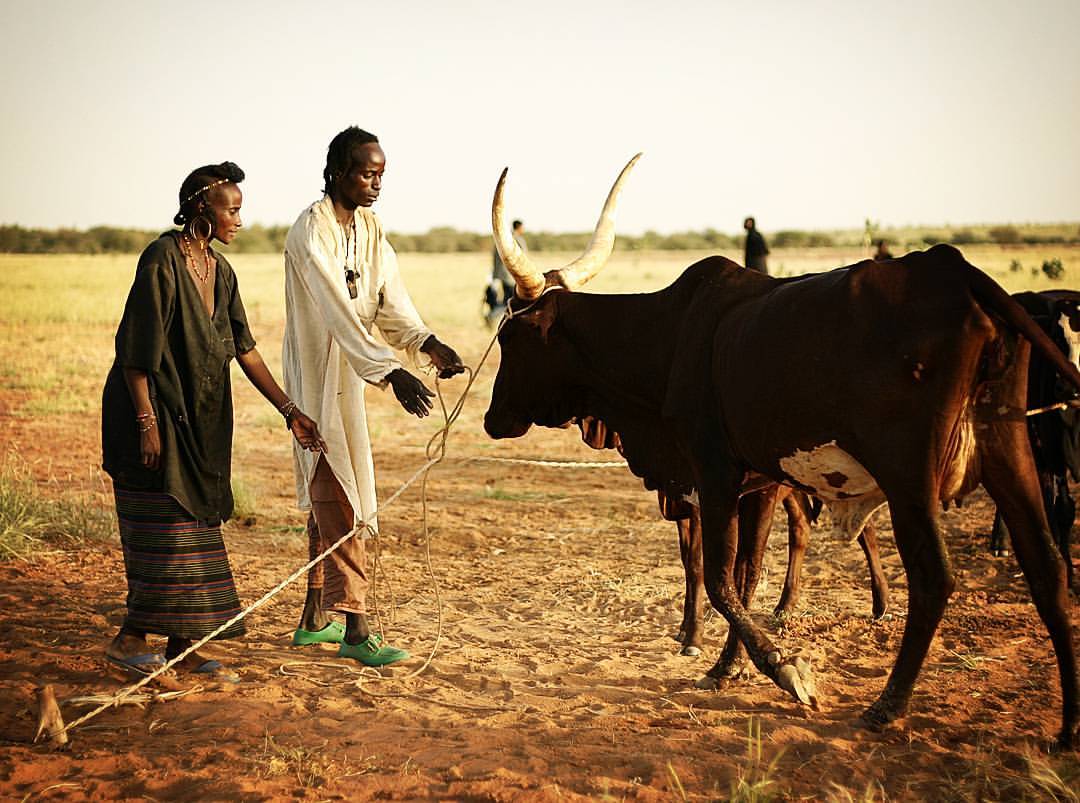 Gotchi fled from the hut, horrified. That dreadful night she lay alongside Satchi, crying fountains of tears onto Satchi’s short coarse hair. Sanda sat silently beside her. He wished there was something he could do, but how could he place Gotchi’s love for Satchi over the need to feed his family? Gotchi spent all night praying for a miracle. Satchi licked Gotchi’s tears.

Around 4 the next morning, Sanda and Binta fetched Satchi to begin their arduous journey to the closest market, a two-day walk away.  Gotchi begged to go with them, but Sanda gently responded, “Bid farewell to Satchi now. You must care for your younger brothers and sisters while we are gone.” Gotchi was devastated.  She did not eat for days, and refused to go out to play with the village children. She wanted no other friends than Satchi.

At the market, Satchi’s strength and magnificent horns caught the attention of a wealthy merchant. After handing several torn bills to Sanda, he pulled Satchi away with a rope.  Satchi resisted as well as she could, but soon followed with her head held low.

With the money, Binta and Sanda purchased enough millet for the family to eat for several months. They also bought cooking oil, tea and sugar, and some new clothes for their children.

Photo: Wodaabe man and woman from the Azawak of Niger, portraying Sanda and Binta.