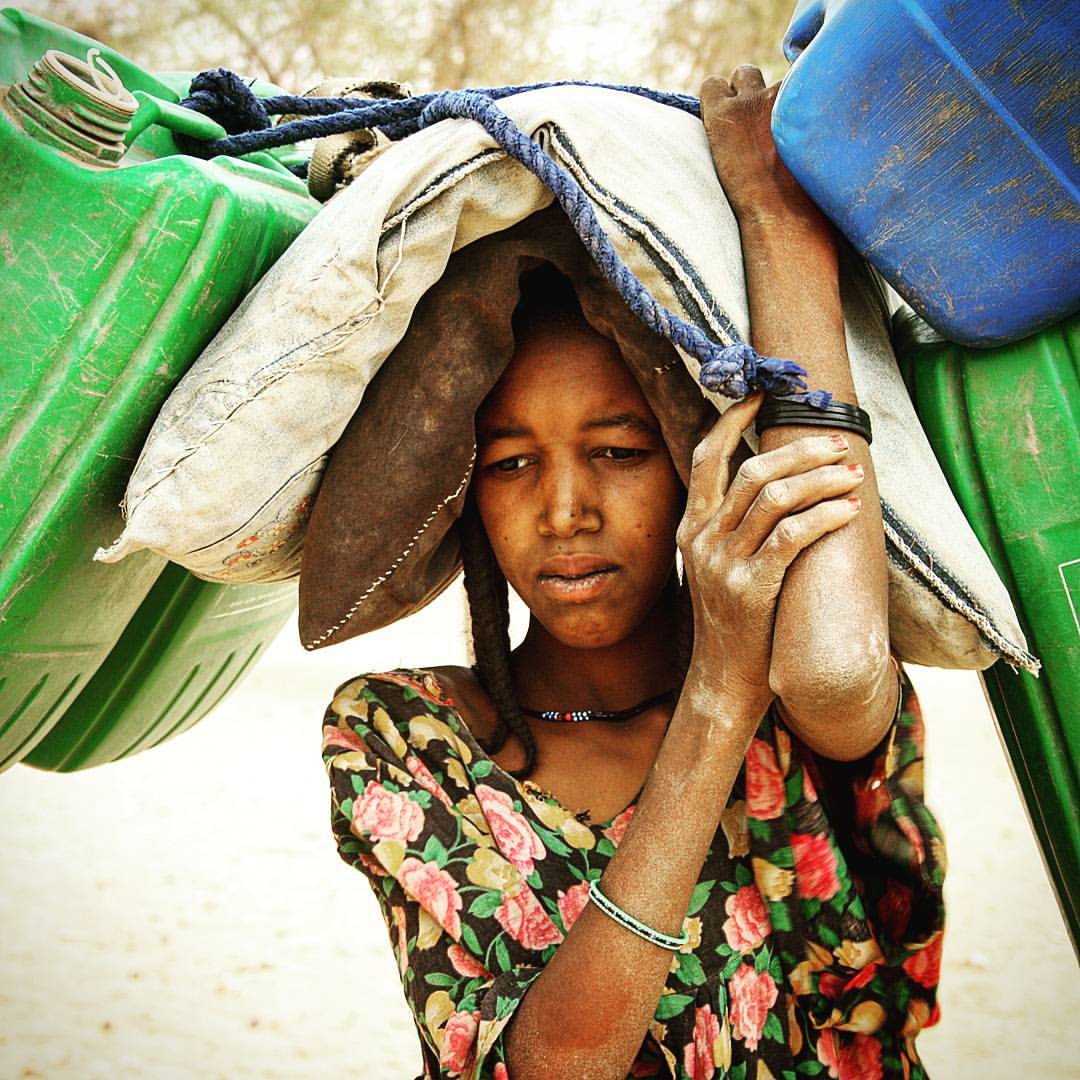 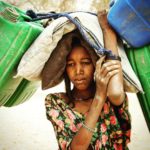 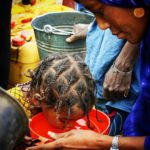 I came across this young woman while walking home after visiting a Fulani camp near Kijigari village.  She had traveled from over 15 miles away after hearing that the Kijigari borehole had opened.  She came with as many jerry cans as she could carry, looking forward to bringing the abundant water to her family.  She didn’t care that it was clean — why should she… she had never had clean water ever before — but she was excited to have the water spill out of a faucet instead of hauling it out of a well.  I just wondered how she was going to carry all those jerry cans home, once they were filled with the precious liquid.  I was also very proud of the Montessori students around the world that had made this day possible!

The second photo depicts a mother giving her child clean water from the Kijigari borehole, celebrating its opening!