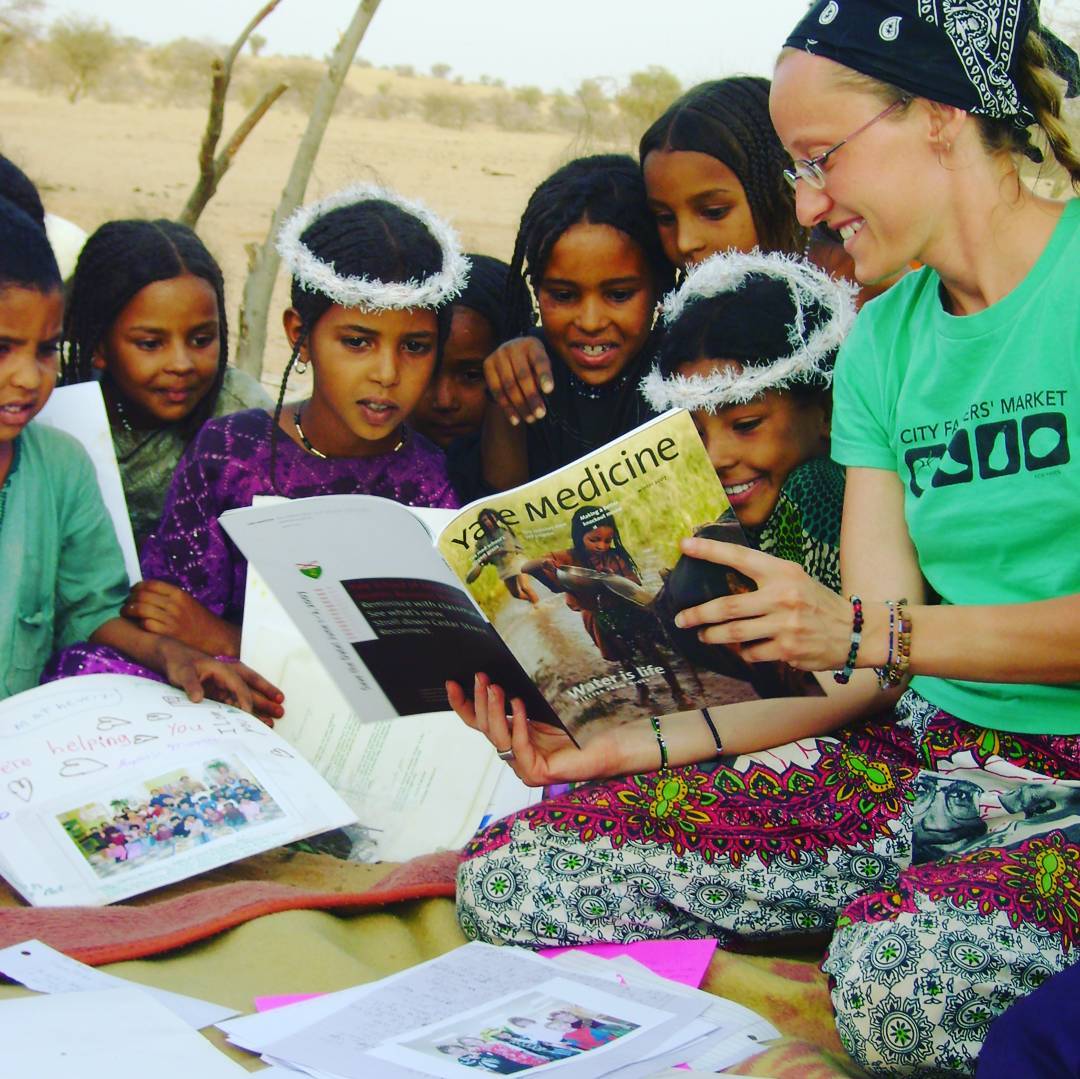 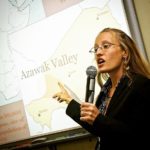 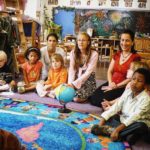 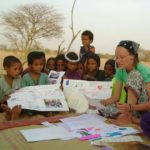 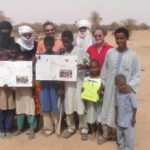 STUDENT HEROES OF COMPASSION: After first traveling to the Azawak in 2005, I felt compelled to share the stories of my friends with as many people as I possibly could.  I wanted to build a borehole… but where was I going to find $200,000?  Little did I know that the answer lay among students and children.

Thanks to a photo exhibit at the New Haven Public Library, and the Yale School of Medicine, several articles were published on the people of the Azawak.  One day, I received a call from a student at East Catholic High School in Connecticut.  After reading one of these articles, she wanted me to talk to her fellow students about my experiences first-hand.  Even though I knew that I should be spending my time fundraising, I felt so touched by her concern that I accepted.  I ended up spending the day at the school, as the teachers, so moved by what they heard, brought in one classroom after the other to hear my stories.  While I hadn’t spent my day fundraising (at least I hadn’t thought so!), I could not have been happier raising awareness about the children I loved in Africa, among children and young adults in America. They were fascinated, and cried out of compassion and love for kids across the world that they only knew as fellow humans.  A few months later, I received a check for $16,000!

That day, at East Catholic High School, I realized that my mission was not only to help bring water to my children in the Azawak.  It was also to build bridges of friendship, and to inspire compassion and understanding between two different worlds.

A month later, I spoke about my goals for the Azawak to the Oneness-Family School, a Montessori school in Maryland.  Weeks later, with a group of passionate Oneness students, I presented the plight of the Azawak to over 250 Montessori teachers at a Montessori Conference in Florida.  Again, almost everyone present at the conference cried tears of empathy.  Over 40 schools joined forces to raise money to build a borehole at that time.  This movement of Montessori Schools was led by Debra Kahn, who has since become Amman Imman’s Associate Director and the leader of Amman Imman’s school movement, “Wells of Love”.

Over 150 schools and universities, including my own alma matters, Yale University and the American School of Paris, joined our mission.  In 2010, we built the Montessori Well of Love in the village of Kijigari. Still today, thousands of students across the world raise awareness and money for the Azawak though our Wells of Love program to support our health and women’s empowerment activities.

Thank you, our student heroes!  And thank you to everyone… individuals, churches, foundations, businesses… who have made such a tremendous impact in the Azawak!

photo 2: Debbie Kahn, Amman Imman’s Associate Director and head of our Wells of Love program, and I present Amman Imman to students at the Oneness Family School.

photo 3: I share cards and letter from Montessori students with children in Tangarwashane in the Azawak

photo4: My husband Denis and I pose with village leaders and children in Kijigari village after they received cards from school children in America.