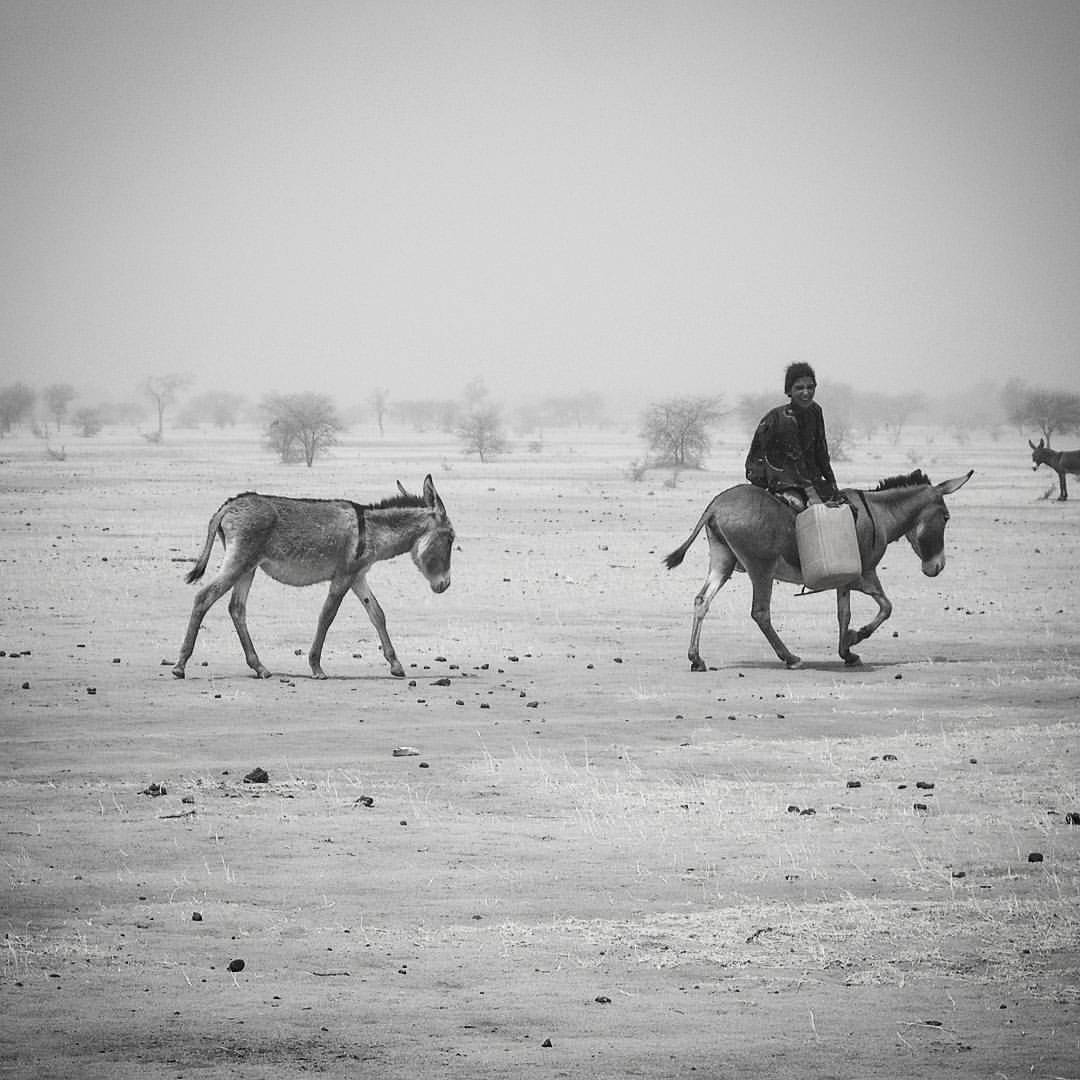 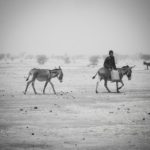 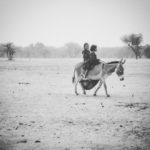 We woke up well before dawn broke.  I ate my morning illiwa (millet porridge) while the girls packed up their donkeys.  I was already sweating even though the sun had not yet risen.  The day promised to be hot. It was, after all, mid-April, and the heat of midday often rose to 47 degrees Celsius or more.  Even the night offered no respite from the heat. We soon thereafter launched our journey in search of a well; the girls on their donkeys, and me on my feet, for an interminable 6 hours.  The landscape was barren… no green, or even a few prickly burs to make the walking slightly less monotonous.  Even the girls had left their playfulness behind at camp. They sat staring into the distance.  I couldn’t muster the energy to try to chit chat, or sing a song.  Man, it was hot, and I was thirsty.  I dared not sip water from my bottle… I hardly had enough for myself, but I would have to share it if I brought it out.  How selfish I was… heat and fatigue has a way of skewing perceptions and decision making.

We passed a few deep wells, but all had gone dry.  I was certain we’d never reach a well with water before nightfall.  Hours seemed like days.  Finally, in the distance, we saw movement.  Lots of movement: cows, sheep, camels, donkeys and men… all united around… aha, a well!  Screeeech went the pulleys, as three exhausted donkeys wavered past pulling an interminable rope.  Poor donkeys… I prayed that I would never be reincarnated into a donkey in the Azawak. They have to have the worst possible lives ever, as the bearers of all burden here.  At last, there was hope.  After several more hours of waiting, we finally filled up on water at the troughs near the well.  This is where the water was poured after being pulled up from the deep bowels of the earth.  It looked exactly like the contaminated marsh water I had helped collect several months earlier.  The girls giggled with joy as they shared drinks from the troughs with thirsty cows and goats.  I took swigs of my filtered water without feeling so guilty.  As I helped Mariama attach her last water jug to her donkey, I felt my wrap fall to my knees.  My little girlfriends looked at me in horror as I hastily bent down to pull my wrap back up. The men stared.  Even the donkeys must have stared.  No one had ever seen a half naked anassara (white person) before… probably the best entertainment they had ever gotten at that well.  Our walk home went way into the night.  We never again spoke about the incident at the well.  Certain things are better left unsaid.