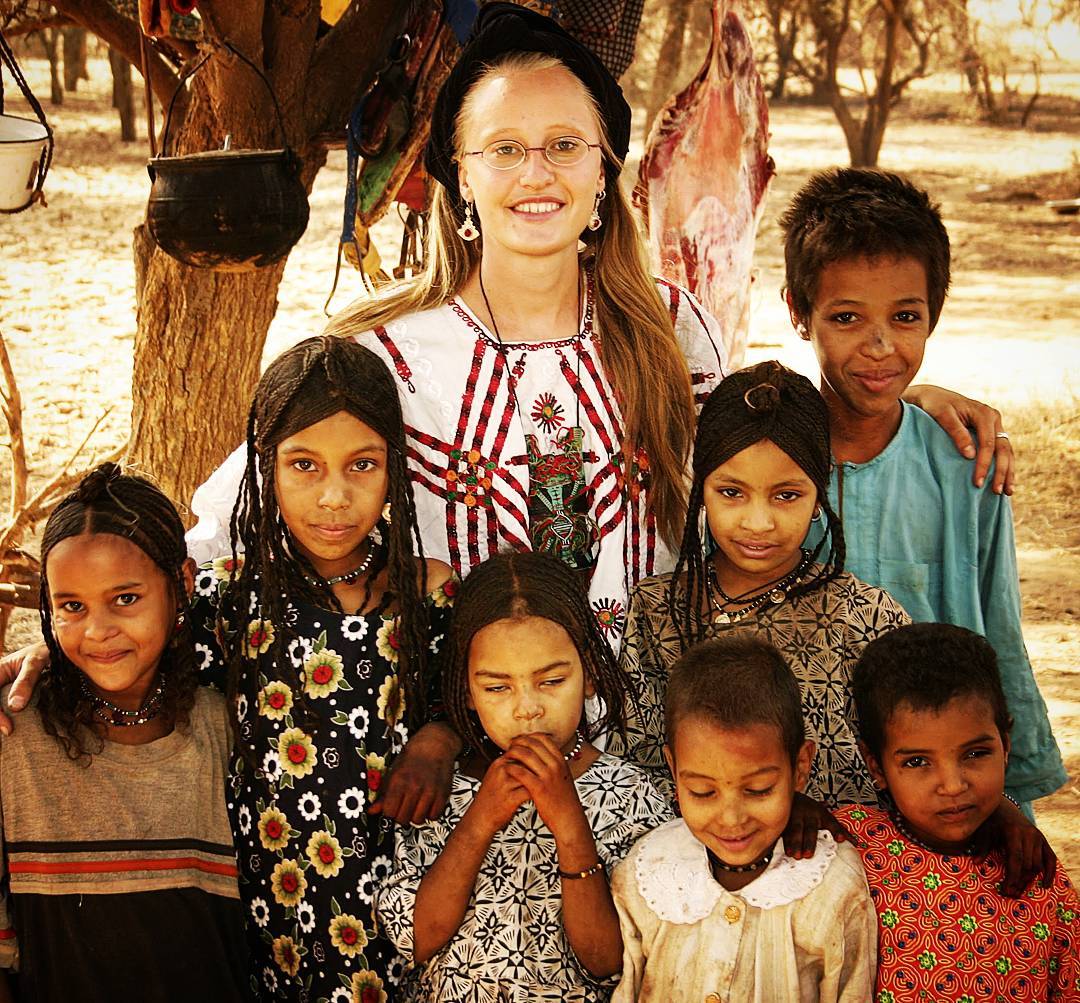 Photo: Me with some of my adopted children of the Azawak.  They count among those that have become the “indirect victims” of terrorism.

When I first visited the Azawak in 2005, the region was among the safest places on earth one could travel to.  In 2010, insecurity troubles began.  My husband, Denis, was supervising the construction of the Kijigari Well of Love, when the Abalak police brigade forced him to abandon the site and escorted him to Niamey, for safety purposes.  Humanitarian Michel Germaneau had been taken hostage a couple 100km north.  Ever since, terrorist groups such as Al Qaeda, Ansar Dine, and the Mujao have grown north and west, in neighboring Mali and Algeria.  ISIS has sprouted in Libya, and Boko Haram has wreaked havoc in Nigeria and southeastern Niger, killing more victims than all other terrorist groups combined.

Today the Azawak, the home of my adopted children, has been placed in the “red zone” – “travel not advised due to terrorist threats”, “risks of being taken hostage”, etc.  Amman Imman’s funding has progressively dwindled.  Friends and family have begged Denis and me to stop traveling to the Azawak… to essentially abandon our work for our own safety.  Indeed, many NGOs have left Niger altogether.  Most of those remaining avoid the hottest, most “dangerous” places.  Who wouldn’t… why take unnecessary risks? … so many other people living in safer places need help also. To them, it isn’t personal.

To me it is VERY personal.  I do not feel at threat, certainly not more so than the people I serve.  They are the forgotten ones – the indirect victims of terrorism — because they happen to live in a place where it is deemed too risky to work. They are the ones whose lives and safety are jeopardized every single day by sheer neglect.  My life is not worth more than the hundreds of thousands I fight for. How could I claim to be a voice for the voiceless if I were to retract as a coward?  Then, truly, I would be allowing the terrorists to win.