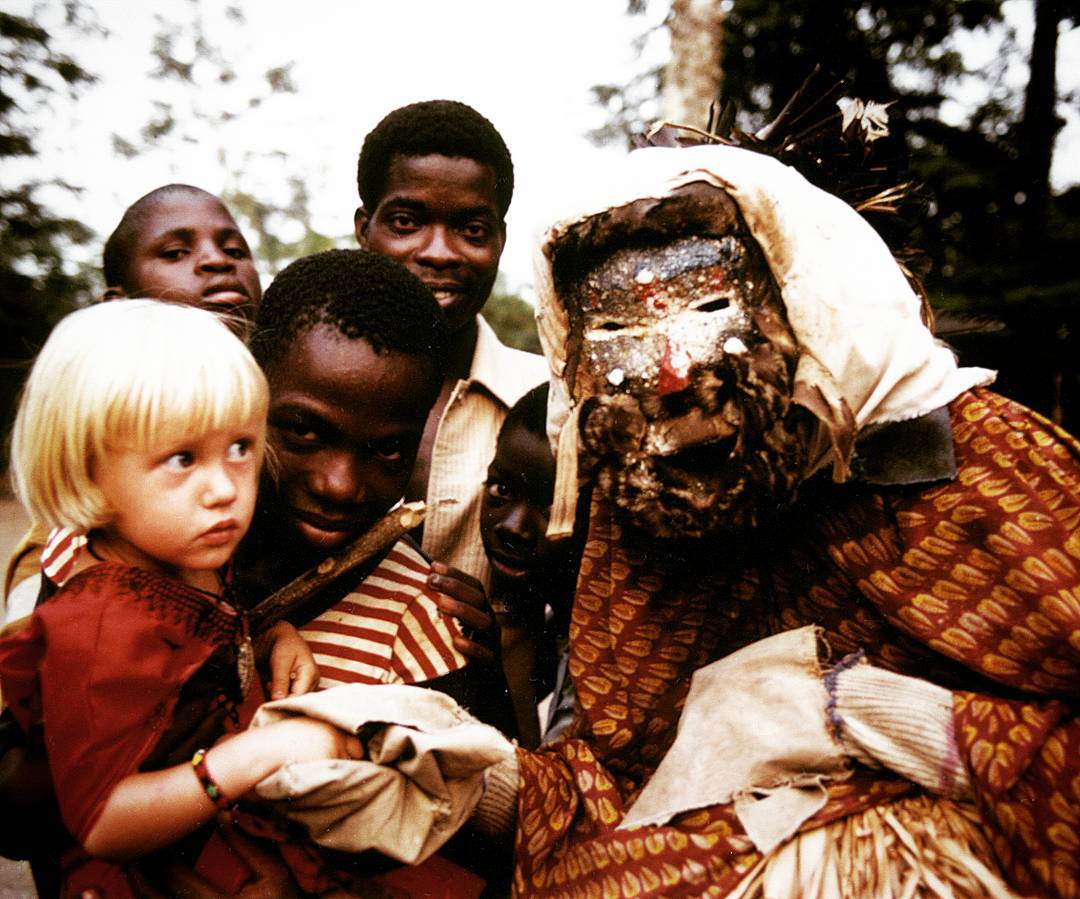 KIDNAPPED!  This is me as a little girl in the Ivory Coast, kidnapped by the “mask of comedy” of the Guéré tribe.  My parents were working for Jeune Afrique, shooting photos for a book on the Ivory Coast, when the mask took me, and refused to return me to my parents unless they paid a ransom of $10.

This photo begins the series on my childhood in West Africa.

The masks of the Ivory Coast are different from one ethnic group to another.  But to all ethnic groups, they have significant meaning.  Masks exist among all people that venerate ancestors, as the mask represents the incarnation of an ancestor. It is immortal, and therefore a God.  The person that wears the mask loses his identity, and becomes the ancestor, who will determine the law of the community.  Every mask has his own role and responsibility in the community, and is completely respected for the role he holds.

Photo by Michael and Aubine Kirtley.