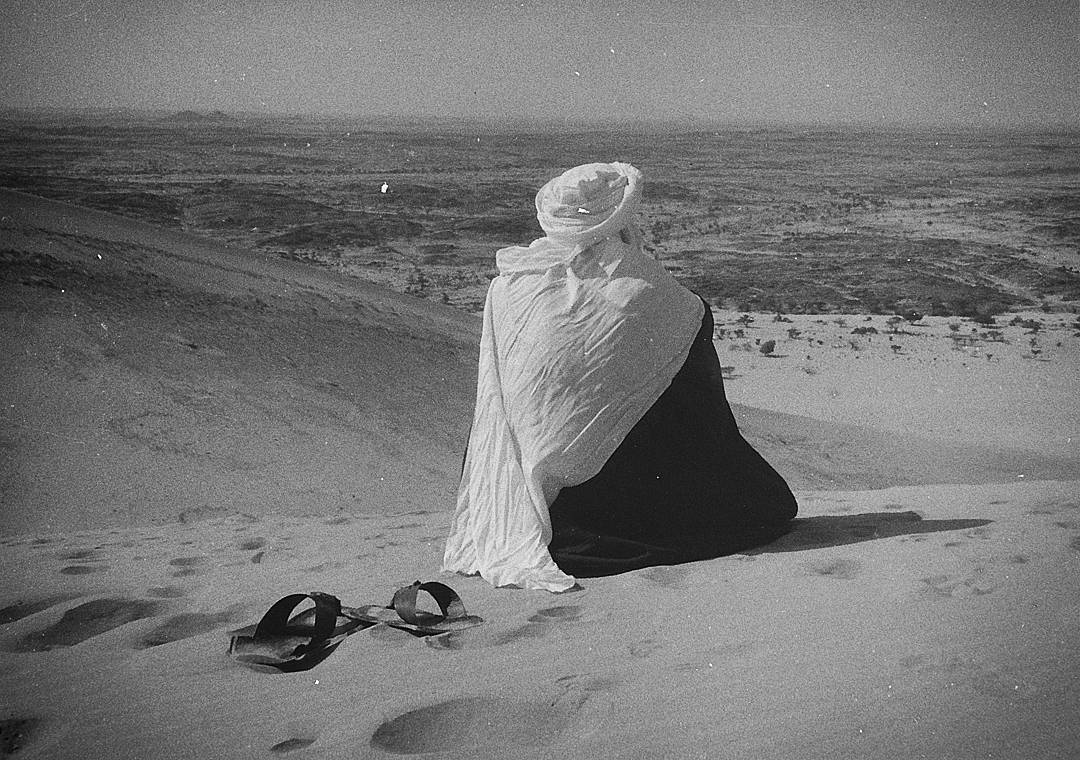 MY FATHER, THE VISIONARY:  In this photo, my father, Michael Kirtley, is dressed as a Touareg, and sits contemplating the vast Sahara, and beyond.  To me, this photo is symbolic of his essence.  He is a visionary.  When he looks in front of him, his vision is not limited to what lies ahead.  He sees beyond, to the infinite possibilities that the world offers, which he envisions with boundless wisdom.

My father is also deeply humane… His life’s works, from being a photojournalist for world renowned magazines such as National Geographic, Geo, Time, and Jeune Afrique, to the creator and visionary of the Peace and Friendship Caravans, and the World Memory Film project… have all been about creating profound friendships and bridging worlds that often misunderstand one another.  Michael is also one of the most positive people I know.  He finds positive in everything and everyone, and has undying faith in the goodness of the world.

My father, with his faith in humanity, and believer in the power of making dreams reality, has been my greatest role model.  He taught me to believe in life, and to believe in myself.  He pushed me to trust in my ability to be a positive force in the world; to envision and enact.  To be an actor rather than an observer, and to always work toward making this world a better place.

I have endeavoured to follow his example, and he has always stayed by my side, as my greatest guiding force and cheerleader.
But today, this post honouring him, is not about my dad being my biggest fan.  It’s about me being his.  Thank you, dad, for BELIEVING in the abundant goodness of the world, and guiding me to be a believer and actor in humanity.  You are the essence of my strength, and greatly thanks to you as an example and believer in my potential, I strive to be a considerate, thoughtful, and positive influence in this world.