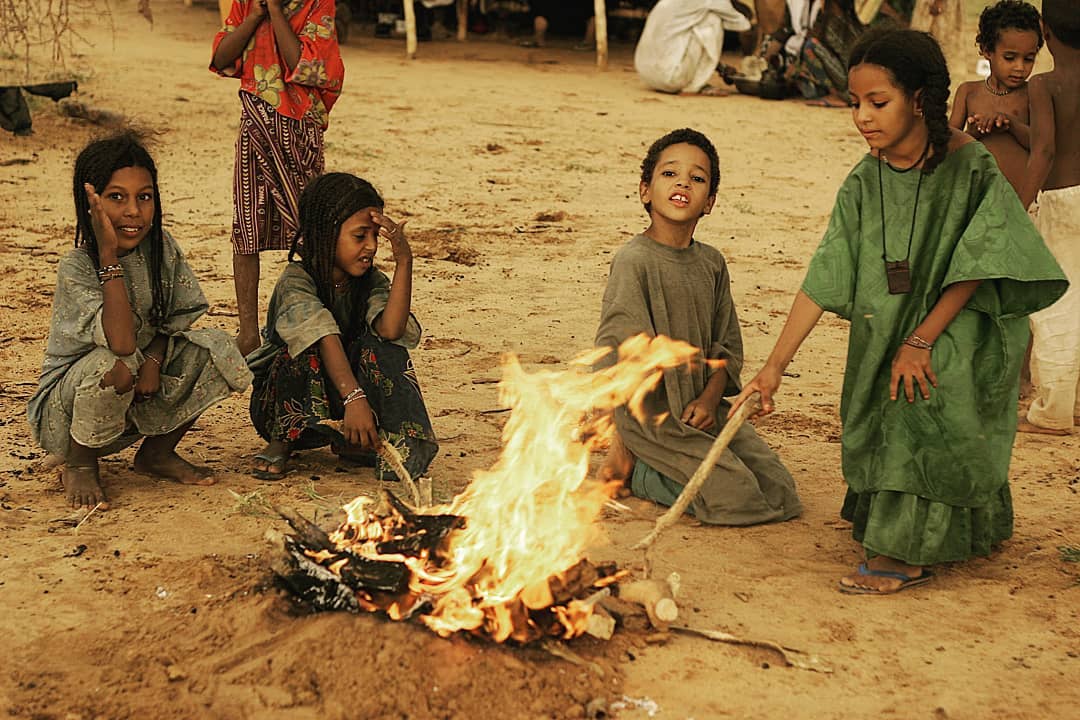 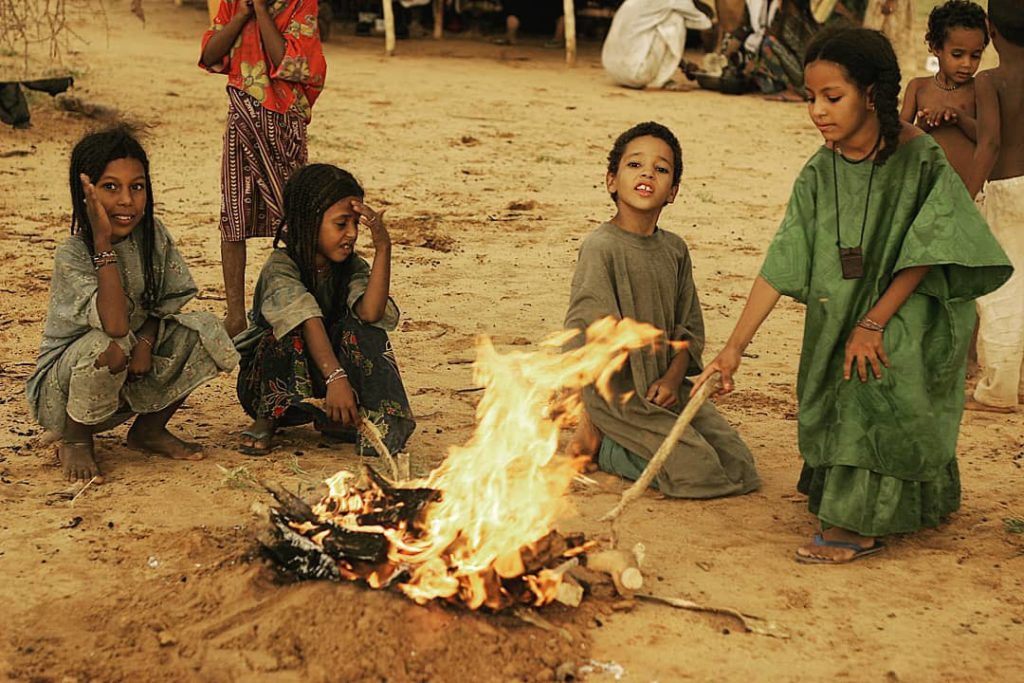 A QUEST FOR WATER: (Based on actual events in the southern Sahara)
CHAPTER 2: The Water Search Begins (3)

Takat and Raichatou, Mouheini’s younger cousins and water-fetching companions, stood sleepily next to their donkeys, while their parents said goodbye to them. A small group of additional donkeys with jerry cans attached to their sides milled about nearby. All would undertake the water quest. The girls were tasked with fetching as much water as they could for the five families that made up their small nomadic community.

Takat and Raichatou also felt downhearted about their mission. They went water gathering at least once a week. Mouheini, as the oldest of the girls, was sent on almost every water quest. To her, it felt like each foray for water was more difficult than the last, and the idea of another day-long round-trip hike under the searing sun filled her with anxiety, especially since she could not be certain of what she would find at the well.

photo: Raichatou is sitting at the far left next to her cousins, while Takat is in green, playing with the fire.