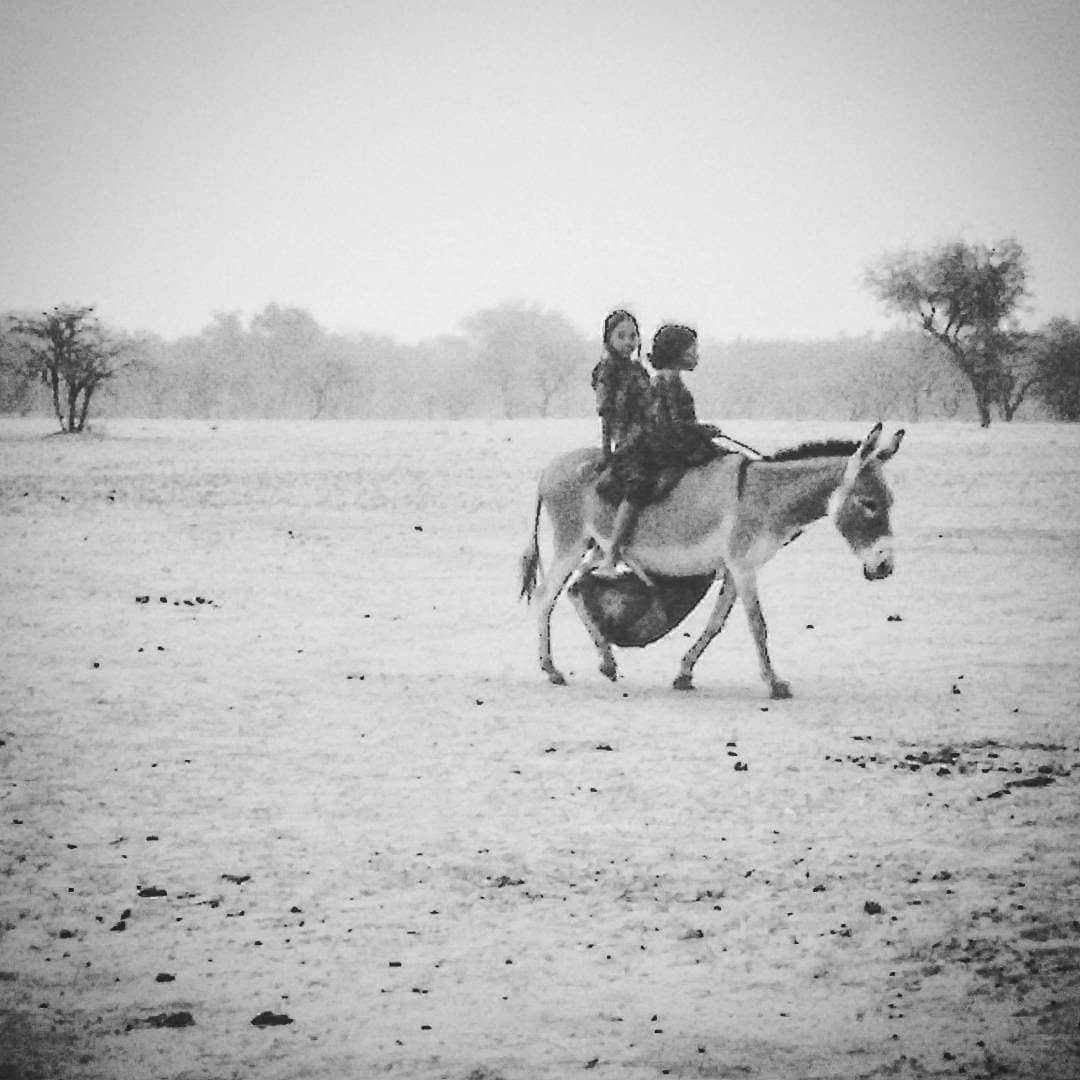 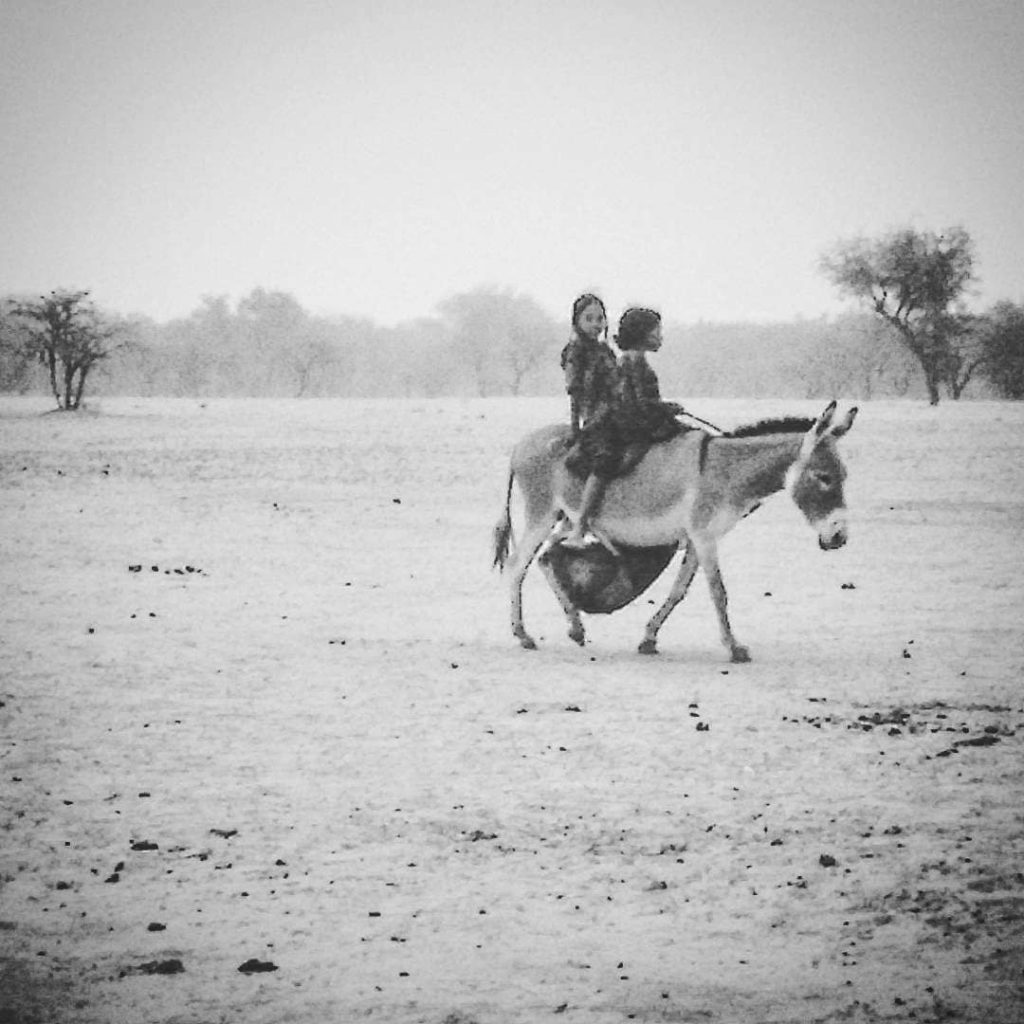 A QUEST FOR WATER: (Based on actual events in the southern Sahara)
CHAPTER 2: The Water Search Begins (4)

The girls finally left around 5 AM. They were so accustomed to journeying at night, that they knew their home territory even in the dark. Until the day broke, they counted on the positions of the stars to guide them northwest beyond their home territory, toward the closest well. For the first few hours of the journey, the girls walked alongside their donkeys, not wanting to tire their animals before the heat set in. Already temperatures were over 38 degrees; by 7 AM the heat would be nearly unbearable.

At first, the girls walked in silence. Takat was practically sleepwalking, until she tripped on a large stone. She fell to the ground, burying a long acacia thorn into her leg. Her shrieks of pain sent shivers through Mouheini’s body; all three of them felt exhausted, even as the voyage was just beginning. Mouheini helped removed the thorn; as the eldest, it was her responsibility to care for the younger girls.

She took Takat in her arms, “Now now, dear, we must continue on to the well’” she said. “If we get there early enough, there will be more water, and we’ll be able to get home faster.” Seeing that this reassurance had little effect, she added, “I will tell you a story I learned about a genie, if you get up and walk.” Takat nodded that she wanted to hear her cousin’s story. Raichatou chimed in, “Yes, please tell us a story, otherwise I’m going to fall asleep!”

photo: Mouheini and Raichatou riding their donkey to fetch water.