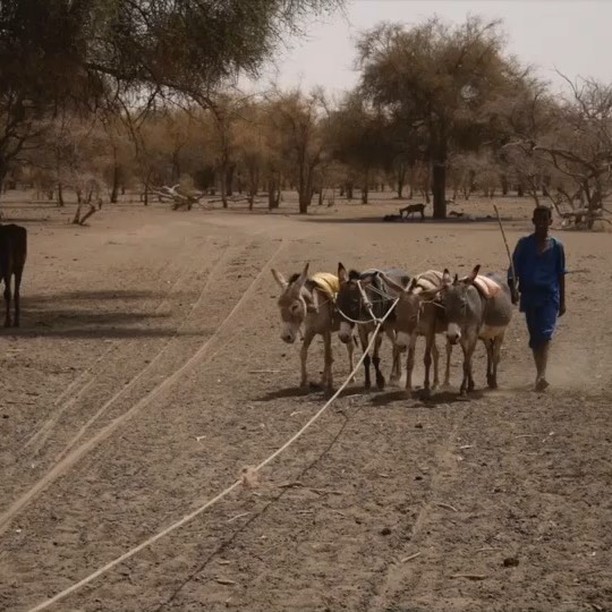 A QUEST FOR WATER: (Based on actual events in the southern Sahara)
CHAPTER 3: BURIED ALIVE! (1)

The screeching of wood pulleys welcomed them from afar. As they approached the well, they saw three donkeys attached together, pulling ropes of interminable length on one side, while four others pulled together opposite them, heaving up large rubber water containers from 130 meters into the earth. Even ten donkeys on either end would not have sufficed to make the job less strenuous. One donkey tripped from exhaustion, bringing down the others with it.

As the girls approached, they noticed a donkey lying almost lifeless on the ground near the well. They knew that the animal would be dead by the end of the day. It was often this way during the dry season.

Mouheini went up to one of the men to ask if they could fill up their jerry cans, pointing to her cousins and their donkeys. The man glanced over and shook his head. “You will have to wait a while,” he said. “Many people and animals are already waiting, and there is hardly any water seeping through at the bottom of the well. Right now, we are only bringing up mud. We’ll be sending in a boy soon to dig the well deeper. Maybe there’ll be water afterward, Allah willing.”

Raichatou exclaimed, “maybe we should walk ahead to the next well?”