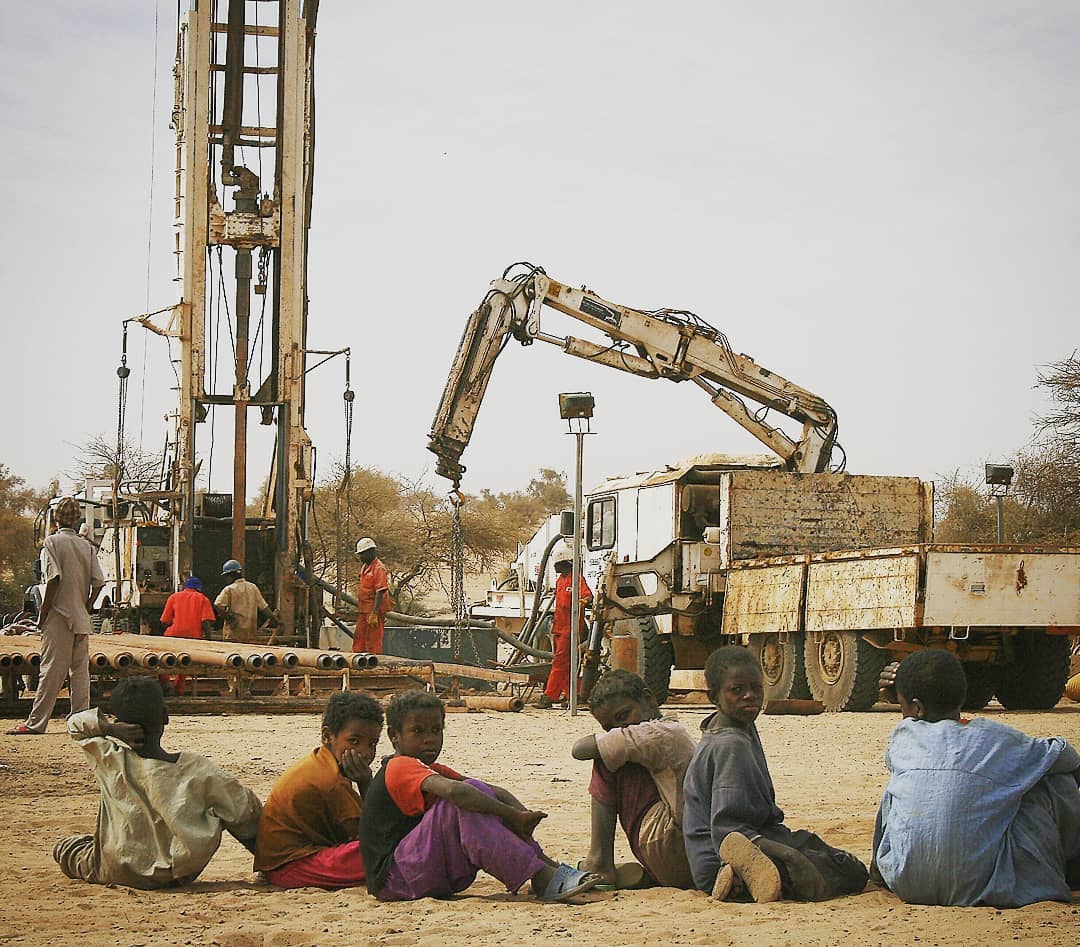 A QUEST FOR WATER: (Based on actual events in the southern Sahara), Chapter 4: A CLOSE CALL (11)

Fada continued, “Our well is new; it’s been open since January. It was built by people from far far away, who called it a ‘borehole’. You should have seen them when they came with their trucks and drilling rigs. Those machines looked like gigantic monsters eating away at the earth. And when the drilling was done, I’d never seen so much water pour out of the ground. I didn’t even know so much water existed!”

Mouheini listened in awe. She couldn’t comprehend most of what Fada was saying, but his excitement was contagious. “What is a borehole, and what is a rig?” she asked naively.

Of course, she could not possibly know what all these things were — how could she?  The only reason he knew himself was that he had seen the magic with his own eyes. Trying to simplify his description, he said, “A borehole is dug by a rig, and run by a pump that brings water to the surface. Not like a normal well, where donkeys have to pull water out with long ropes.”

photo: The Amman Imman borehole of Kijigari being drilled.

(note: sorry to have taken a break in the story to announce my exhibit)