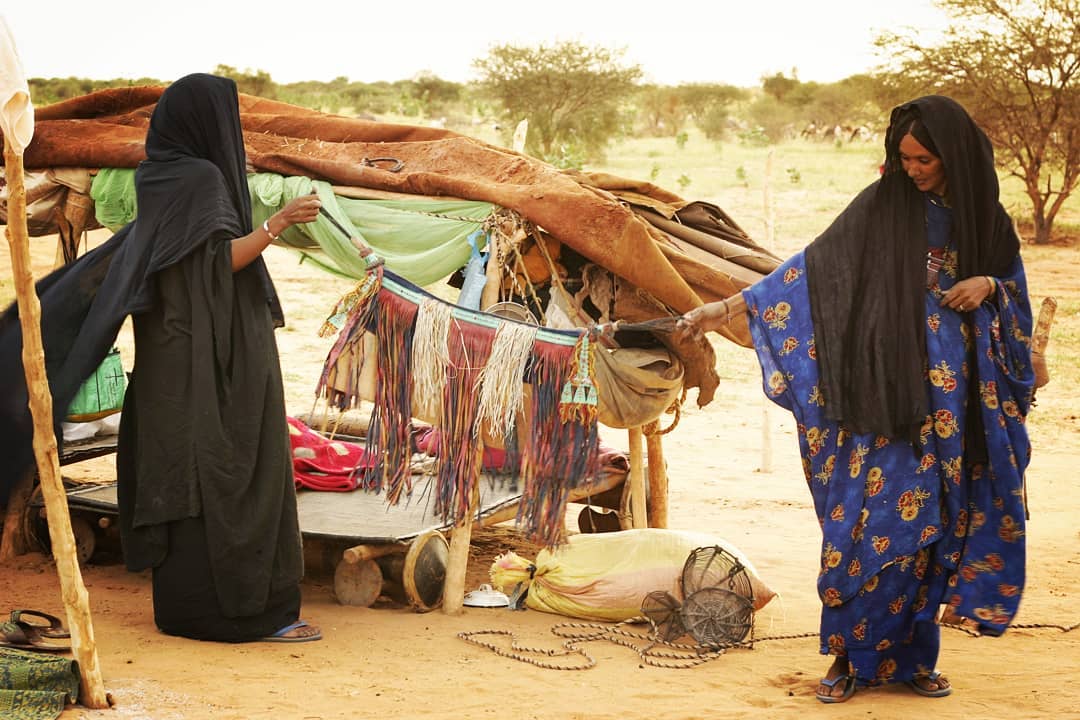 A few moments later, a magnificent tall man wrapped in an indigo turban, and holding a kerosene lantern, stepped out of the home. He beckoned the girls to him, ushering them inside: “Come, children, Fada has informed me that you are looking for shelter and water. He says you have had many misadventures. I will help you as best I can. Come tell me your story.”

The trio followed Cheikh Almoustapha into his home, where the the light from his lantern illuminated a room adorned with wool mats on the ground and traditional Tuareg camel bags and other decorations on the wall. The girls hesitated to talk. They felt shy in front of such a mighty man.

The cheikh called a young teenage girl over to his side. “I understand, you do not want to speak with me directly,” he said. “You may talk to me through my daughter Housseina.” Relieved, Mouheini recounted their day’s misfortunes.