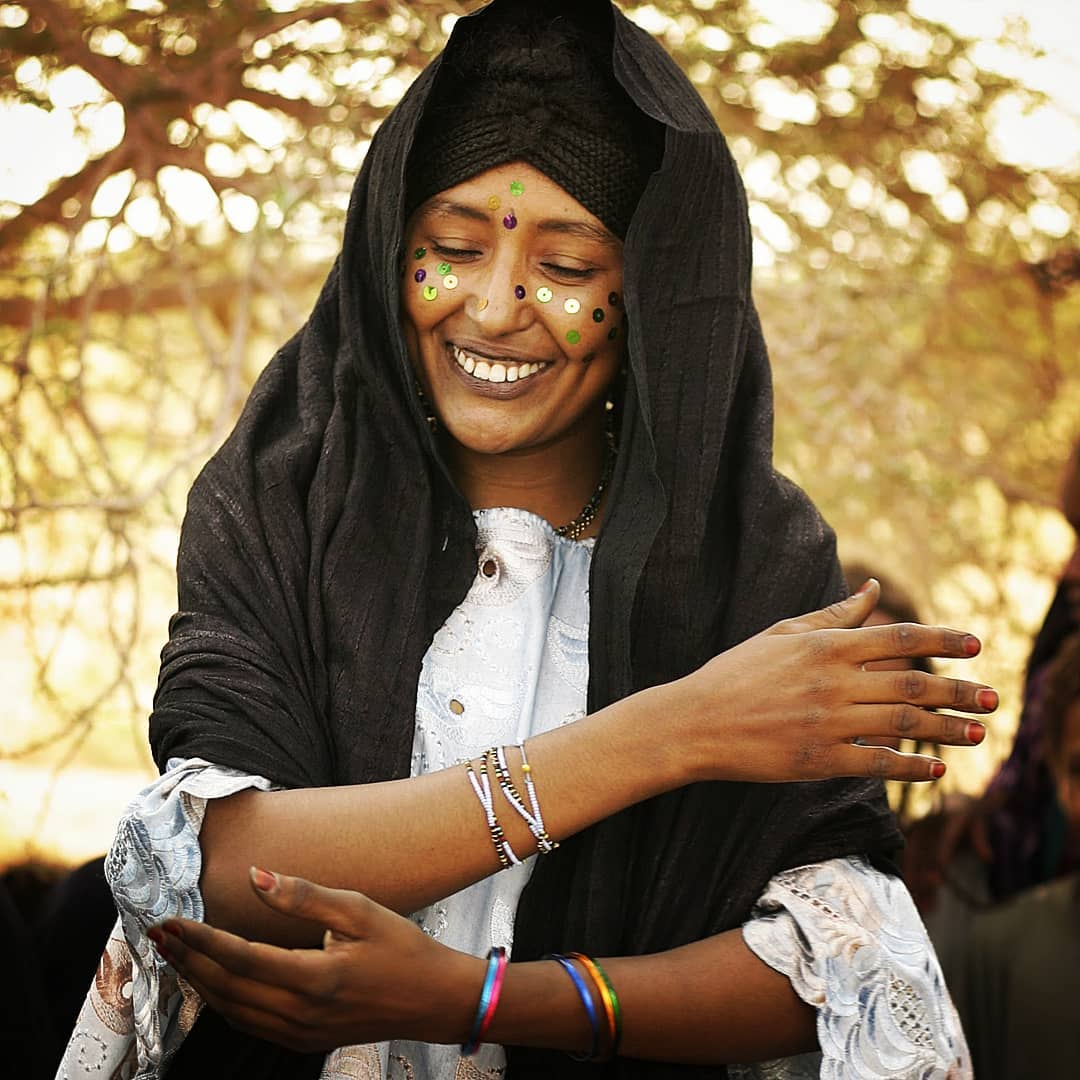 Fada promised Mouheini that he would personally introduce the girls to the cheikh before heading home, and added, “I wish you could stay with me, but I think the cheikh will prefer to keep you in his concession.” Mouheini felt tempted to insist on staying with him, but was too shy to do so. She had also hoped to see Fada’s magical well, but realized that this wish would have to wait until the morning. Fada went inside the adobe house, while the girls sat waiting outside.

A teenage girl brought them a bowl filled with delicious crystal-clear water and a plate topped with dates, both of which they consumed ravenously, though Mouheini set some dates aside for Fada.

photo: Zeinabou dancing at a festival. While this photo does not directly relate to the story, I find her gesture welcoming, much like the teenage girl’s welcome of Mouheini, Takat, and Raichatou. As an added bonus, Zeinabou is Takat’s mother in real life.