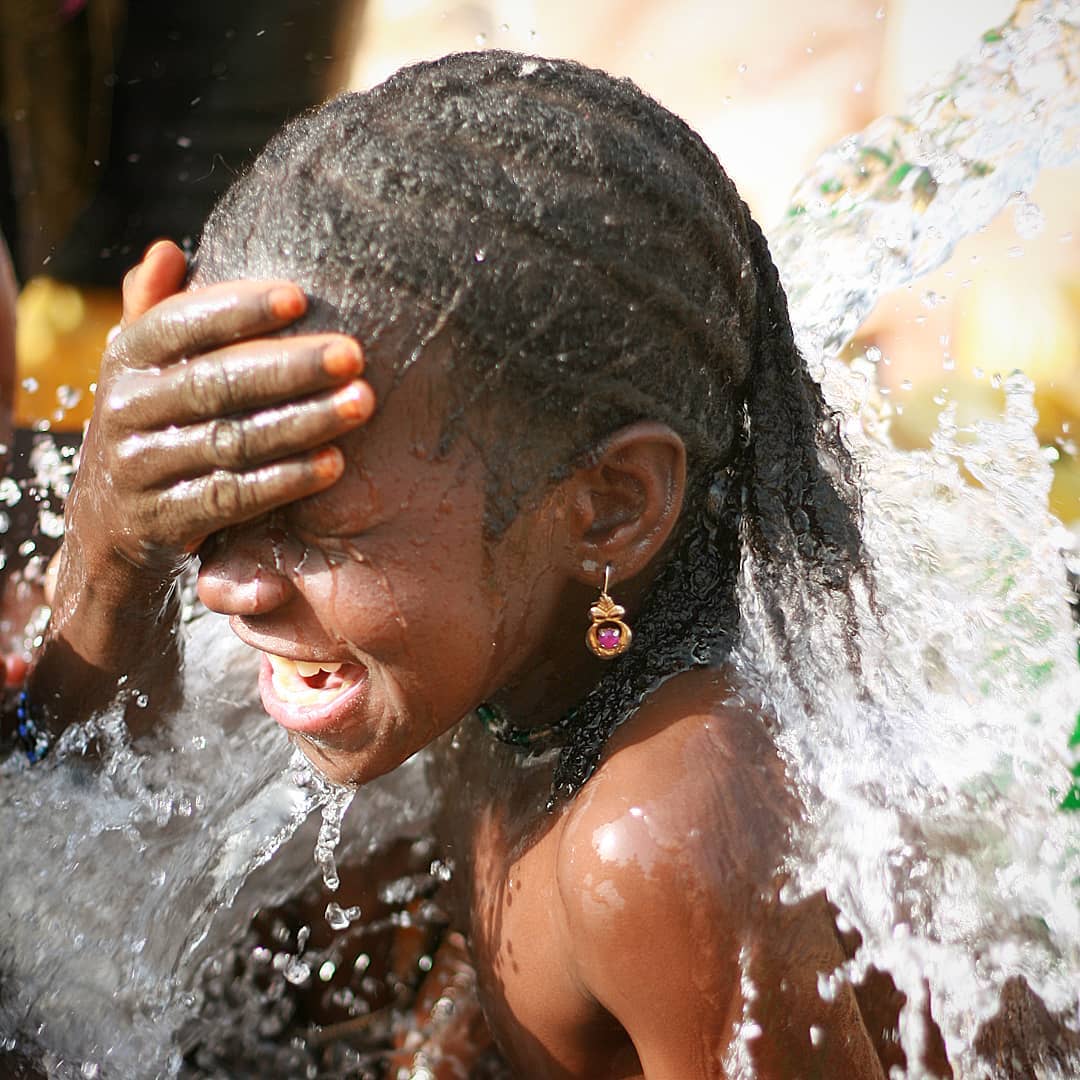 Chapter 6: A FOUNTAIN OF LIQUID SILVER (1)

Completely worn out by the previous day, the girls slept until mid-morning, when the sun, already high in the sky, seared their skin. Other than a few goats, the concession was empty. Next to their mattress sat a covered bowl filled with illiwa porridge. They ate eagerly before heading out to look for their hosts. Hearing a great deal of commotion behind the concession wall, they decided to take a look.

Mouheini was particularly eager to find Fada; she still could not explain to herself why she cared so much. She also kept reminding herself of Tahir — they must find water quickly, and begin their journey back home this morning. If they arrived there before evening, he might still have a chance. After all, Sadouan did have a little water remaining when the girls took off on their quest.

When the girls stepped out of the concession, an inexplicable vision stopped them in their tracks. A large metallic tower loomed above numerous people and animals, all lined up near strange metal things out of which flowed clear gushing water. The liquid, its clarity and quantity, looked to them like magical flowing silver. The girls had never seen faucets before, nor a water tower. More importantly, they had never in all their lives seen so much water; and never ever had they seen such happiness-inducing beauty and purity. They had entered water paradise.