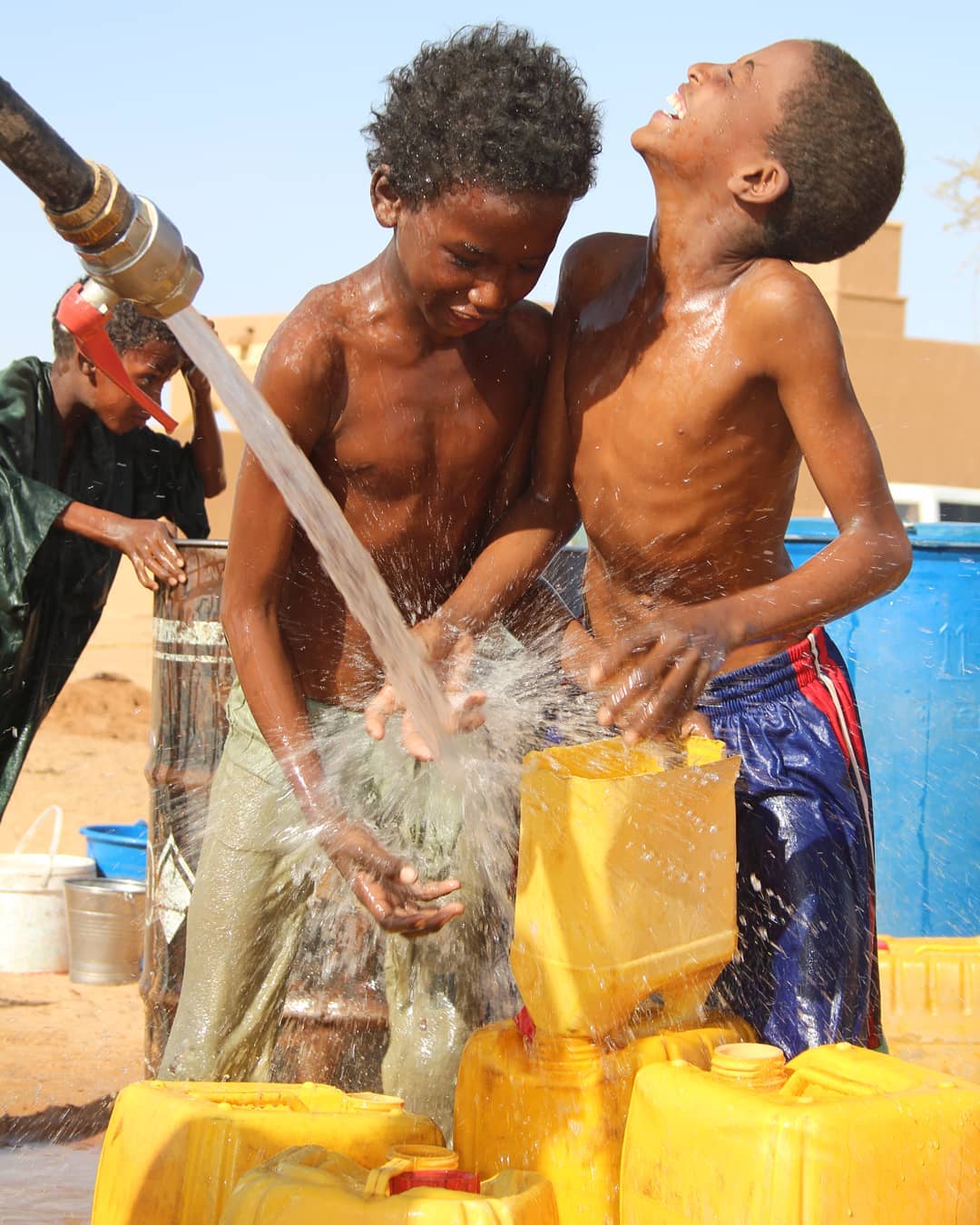 Chapter 6: A FOUNTAIN OF LIQUID SILVER (2)

Fada spotted the girls, and knowingly observed their giddy expressions of joy; he had experienced the same sense of awe not so long ago, when the borehole was first built. Approaching them, he exclaimed, “I’ve been waiting for you to wake up for hours! Cheikh asked me to fill up your jerry cans, which I did. You are all set to head home, as soon as your donkeys finish drinking. They already ate, and I think they’ll be fit to carry you!”

Even though Fada did not really want them to leave, he was proud to be of help to Mouheini. He felt that she was truly angelic, and was deeply attracted to her combination of innocence and strength.

“Cheikh even gave you some additional jerry cans,” he added. “Look!” They peered over to where several jerry cans stood, theirs and others, on the ground, near the foot of the borehole.

It all seemed so extraordinary. Mouheini could not take her eyes off the boy. He exuded luminous kindness, which accentuated his handsome features. This type of staring was uncustomary; when she realized that her gaze had been transfixed upon Fada, she regained her composure, and looked away.