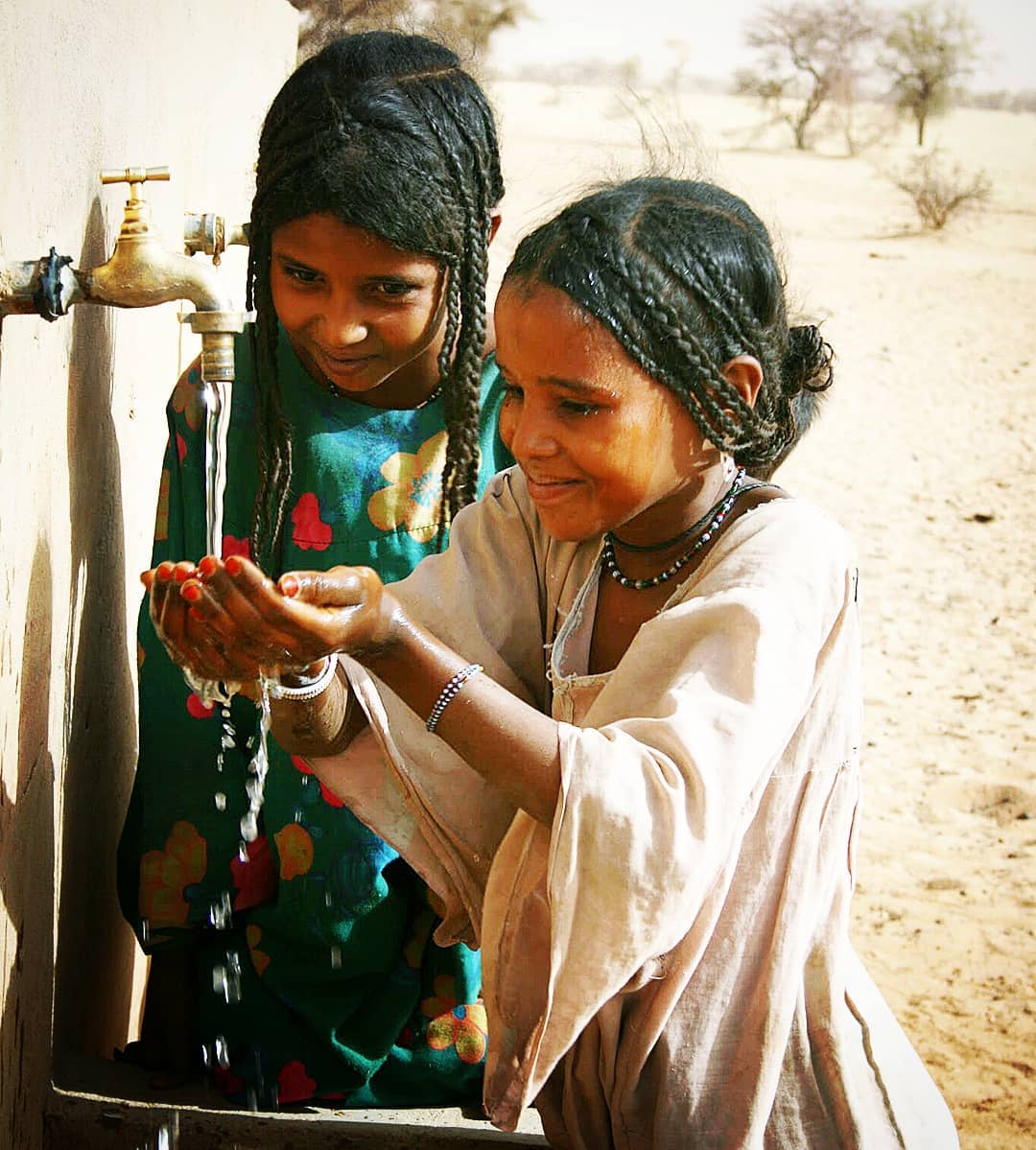 Chapter 6: A FOUNTAIN OF LIQUID SILVER (3)

“Come over here,” Fada beckoned them. Raichatou and Takat ran over to the faucets and splashed water over their faces, hands and feet. Near the faucets were six troughs; each filled with the same miraculously crystalline water. Drinking contentedly at these troughs, their donkeys stood in the midst of cows, sheep and goats.

Mouheini would have happily jumped into one of the troughs to take a bath. Instead, she became mesmerized by the magical scene of her cousins and Fada playing in the water fountains. Filled with an overwhelming sense of amazement, she wondered why she had never heard of the existence of this very special well, or this village, before now. She could not have imagined such a perfect scene in her wildest dreams. This village and its “borehole” would provide material for future stories, that was for sure!!

Mouheini’s reveries were interrupted by the cheikh, who appeared from beyond the hill, trailing behind him a herd of sheep. As he came nearer, he waived the girls towards him, “Come now, young ladies. Did you rest well?” he asked. They nodded, respectfully looking downward. “You should begin your journey home quickly,” he said. “Tomorrow is the Tabaski festival. Your parents will want you near them. And they will also want their water.”

photo: Anahou and Mariame washing their hands and faces with water from the Tangarwashane borehole built by @ammanimman.