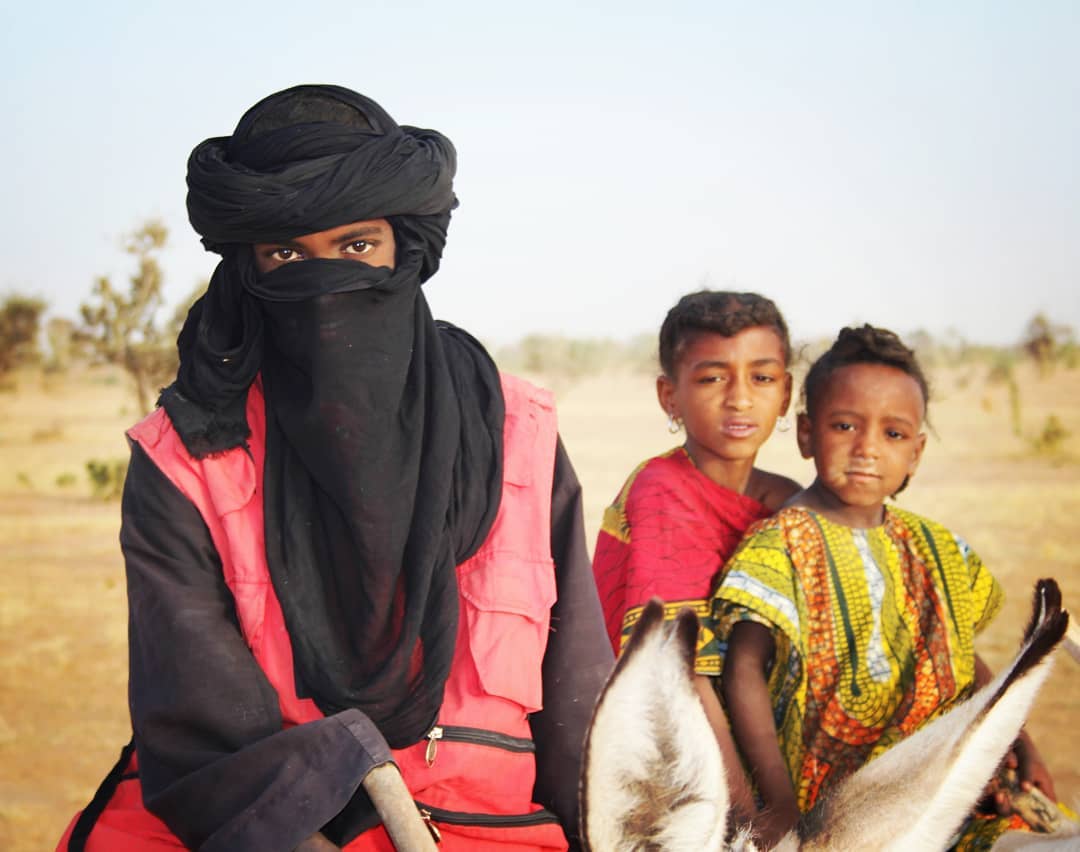 Chapter 7: SAYING GOODBYE (1)
Fada and Mouheini gathered the donkeys together so that Wasselkou could help tie the jerry cans onto their backs. The load was heavy, but the donkeys felt revived thanks to the water and food that they had been given, so they did not seem to mind.

The girls all gazed one last time in wonderment at the miraculous fountain of life. It was one of the most beautiful sights that they had ever seen. If only this well were not so far from home, they would return often.

Fada and the girls waved an animated farewell to Cheikh Almoustapha, Housseina, and the other villagers. Raichatou and Takat mounted their donkeys, but Mouheini did not. She preferred to walk near Fada. She justified this choice to herself with the thought that the donkeys were already carrying enough weight — she would just slow them down if they were to carry her.