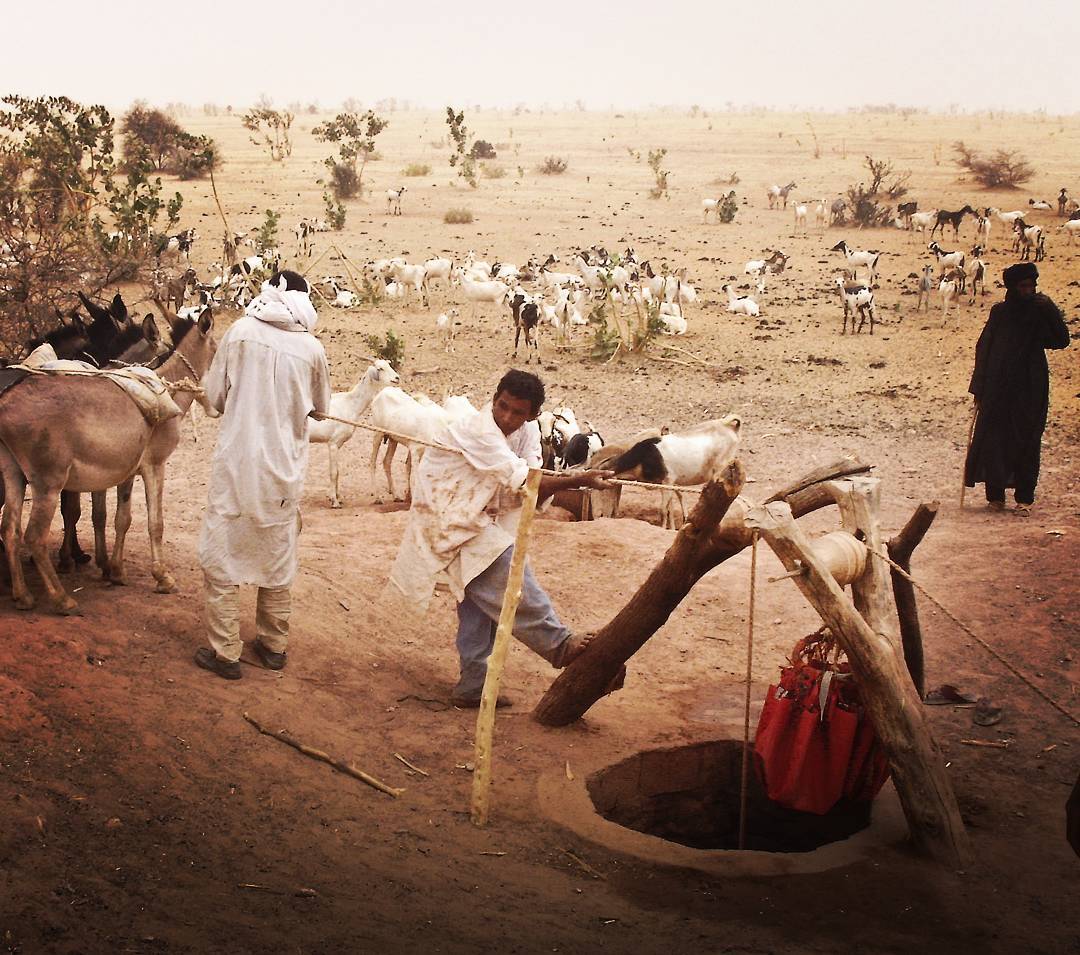 The final photos of my Azawak series will be of water searchers, to honor their courage and dignity as they travel, day in and day out, never losing hope to find their liquid treasure.  Their dream is simple.  It holds in one word, and only so many breaths: WATER.

I would like to recap why water insecurity and the climate dictates their every action.  Most people of the Azawak spend the many hours of their days looking for water.  The vast Azawak plateau, which stretches across Niger and Mali, is the size of Florida.  Over half a million Fulani and Tuareg inhabit its plains.  Abundant and sustainable water exists in the naturally recharged aquifer, the Continental Intercalaire… at 200 to 900 meters deep.  The local populations do not have the resources or equipment to reach this water.  They therefore depend on marshes and extremely deep open wells to meet their water requirements.  Only, given that the rains have dwindled from five months fifteen years ago, to less than one month today, the marshes dry quickly.  The deep wells, often dug around 150 meters deep, are also recharged by the rain.  Their productivity is unreliable.  Extracting water from this tremendous depth requires animal traction and tremendous man power.  These deep wells also dry up.  Furthermore, both the marshes and the open wells provide mud-like, contaminated water to the Azawak people.  But as long as they have water, they are happy.  They somewhat survive.  Child mortality is skyhigh, almost 50%, but what other choice do they have?

People often ask me, “why don’t the people just leave, since life is so difficult?” Where would these half a million climate refugees go?  Life in the rest of Niger is almost as challenging.  And Nigeria, Libya, Mali… what would these countries have to offer?  And besides, the Azawak is their home.  It used to be the best pasture land of all of West Africa.  They are victims of a rapidly changing climate.  Of a world where the rain, or lack thereof, determines life.

Photo: men pulling water out of a 160 meter deep well.