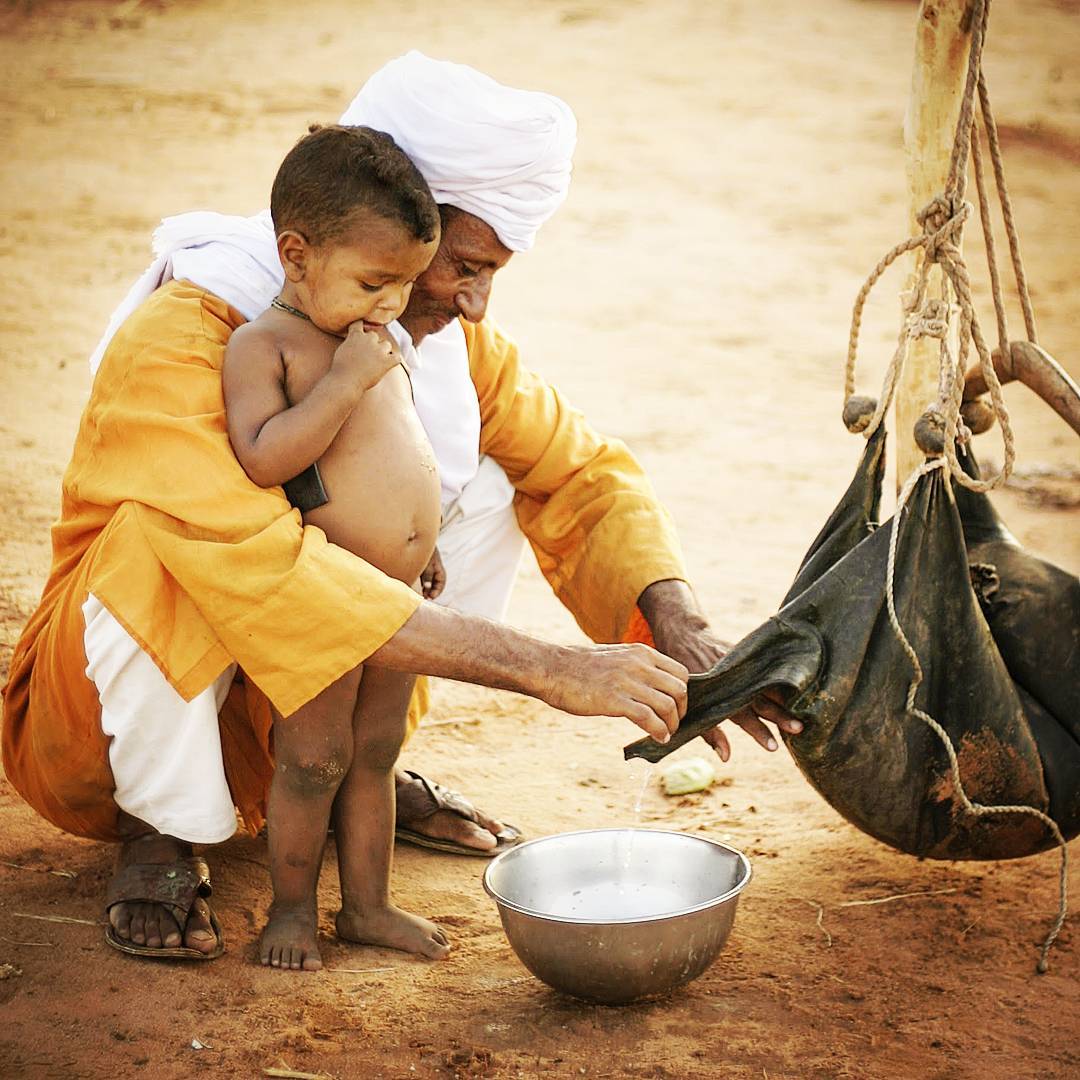 In this photo, the chief of Tangarwashane, Mohammed, fetches water for his son.  Like most other Touareg fathers I know, he would do most anything for his children.  And while he is the village chief, he shares in daily village tasks with the other village men, such as caring for the community borehole built by @ammanimman, tending to their community garden, caring for the livestock, etc.  His function as chief is to help guide the community through his experience and wisdom, and to make final decisions when a consensus cannot be reached.

Mohammed and I do have one battle against one another that we will continue fighting… that is, until I win!  He has always been reticent to send his children to school.  We have long conversations about the importance of him as a leader, as an example for the rest of the community.  His wife is opposed to schooling, and prefers to keep her children at home for the household chores, and to learn the traditional Touareg way of life.

Mohammed does not oppose her, nor yield his authority to enroll his own kids.  To this day, attendance and the Tangarwashane school remains relatively low. I am convinced that, until we get Mohammad to be a leader, both as a father and a chief, in this initiative, attendance will not grow. Instead, the young boys will continue seeking financial opportunity in Libya, and the girls will wed as early as 13 to launch their lives as mothers and housekeepers.