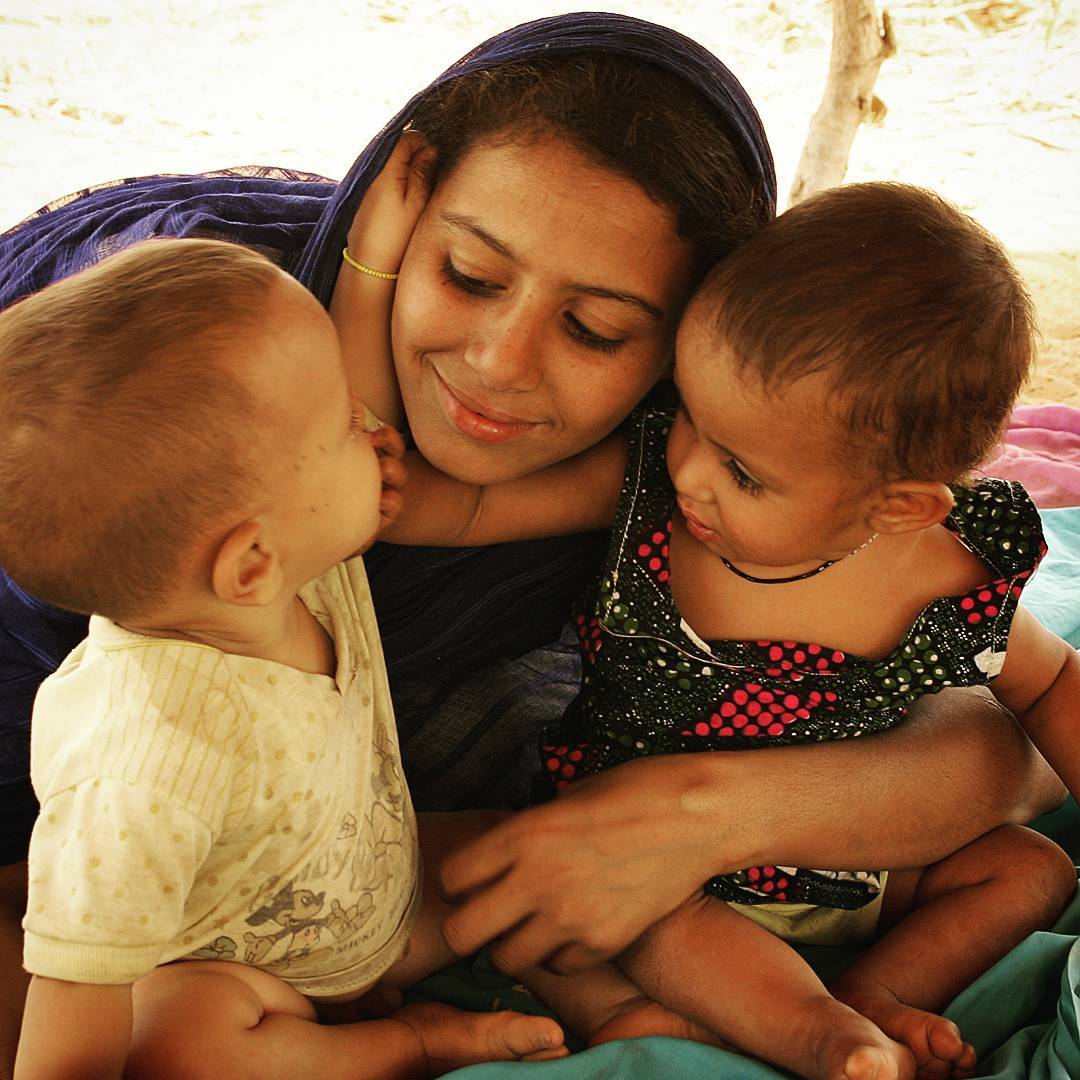 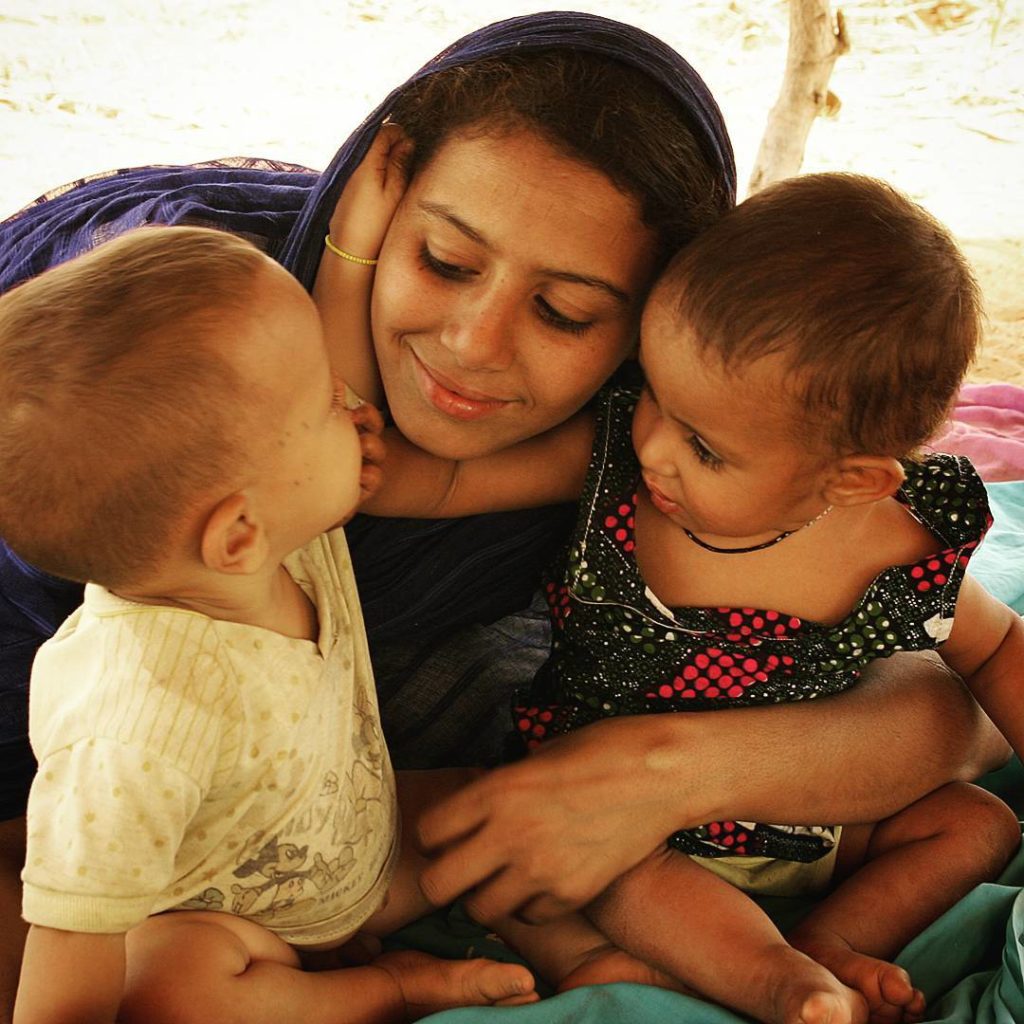 50% or TENDERNESS DESPITE TRAGEDY: (Fifth in the Mother’s Day Series) In this photo, Fati looks tenderly onto her nephew while he caresses her face; meanwhile, her daughter Mariama looks over to her cousin questioningly.  Fati, my soul sister and best friend, exudes tenderness, patience, kindness, and joy at all times.  She is among the most caring and selfless mothers I know.  At the same time, she has survived more tragedy as a mother than I could possibly fathom.

I met Fati when she was only 16.  Mariama, only a few months old at the time, was her second child.  She had lost her first during childbirth.  A year after we met, she fell pregnant with Moussa.  When Denis and I learned that Fati was regularly beaten by her husband, we fought to help her obtain a divorce.  Her ex-husband’s family took Moussa and Mariama away, rarely allowing Fati to see her children.  Soon thereafter, Fati’s family married her to a wealthy old man. With him, she had Raichatou.  He divorced Fati on the day of their daughter’s baptism.  When Raichatou was old enough, he took her away from Fati.  Once again, Fati was left alone in sorrow.  Before she even turned 20, Fati had given birth to four children, without having the opportunity to raise even one.

One evening, soon after Mariama turned eight years old, Fati received a call from her former husband.  Mariama was convulsing from high fevers.  She should hurry to see her daughter.  But she arrived too late, and found Mariama lying still in a bed, never to awake.  Two years later, I received a call at 9PM from Fati.  Moussa, who had just turned eight, was very ill.  He was convulsing.  Could I do something to help?  Worn out from the day, and not completely understanding Fati’s broken French, I said I would visit Moussa the next day.  Ever the soft-spoken, Fati did not insist.  When Denis and I arrived the following morning, Moussa was limp, seemingly lifeless.  We rushed him to a clinic in Niamey.  But it was too late.  A few hours later, Moussa died in Fati’s arms.   To this day, we do not know what took Mariama and Moussa’s life.

At the tender age of 24, Fati had lost three children, and was not allowed to see her fourth.  And yet, she never stopped smiling, and her faith in God never wavered.  Today, Fati is remarried to a man that loves her.  They have two sons, one not yet a month old.  When I am in Niger, she helps me care for my children, and I do the same for her.  And I pray every single day that God protect her three remaining children.  Sadly, she is one of many mothers that has not had the chance to see half of her children grow into beautiful adults.  50% child mortality is unfortunately a common statistic for mothers in Niger.