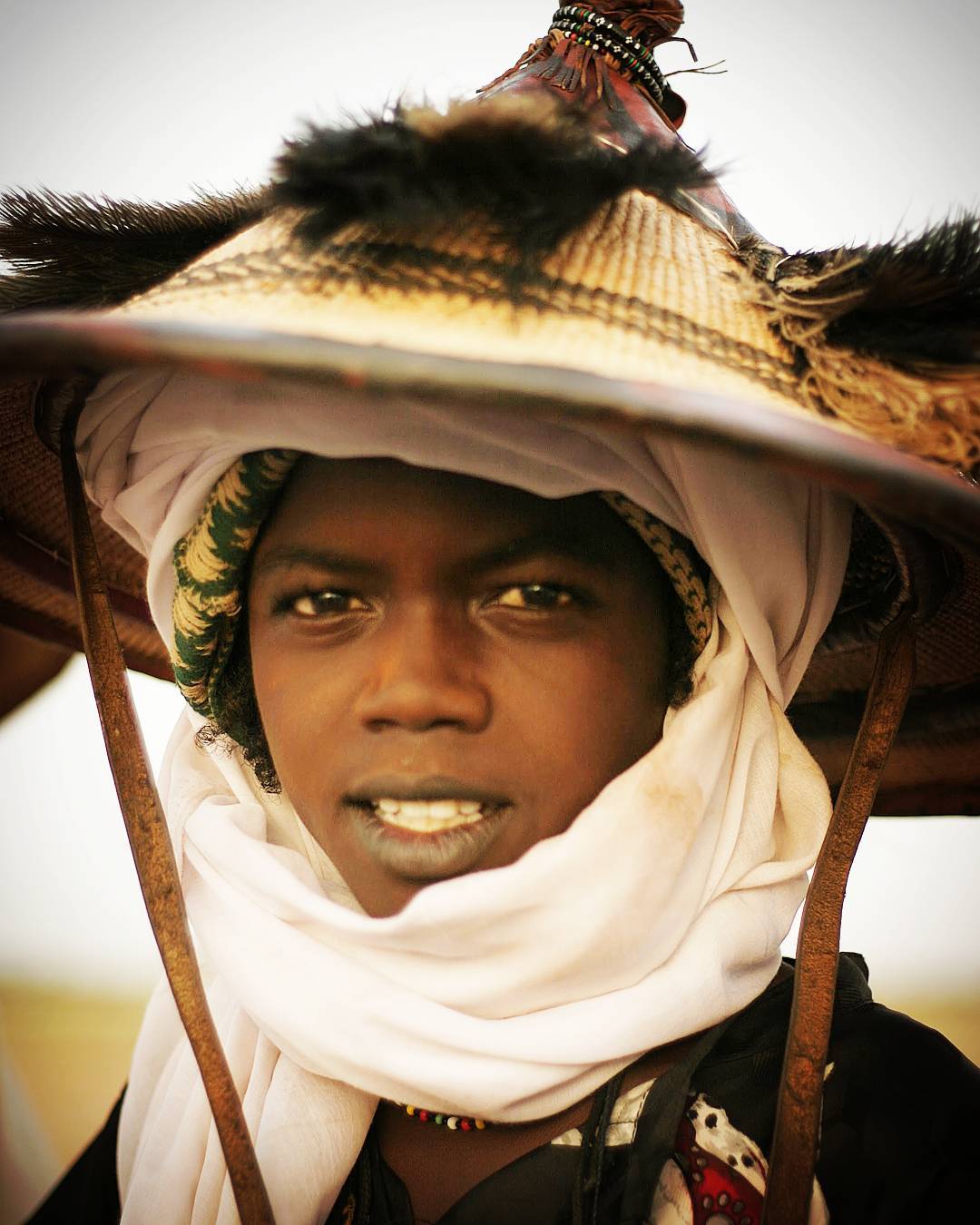 FROM GEREWOLS TO SCHOOLS: Fada, adorned with charm talismans, a round feather- topped hat and a Tuareg saber, came bouncing toward me as I struggled to walk through through prickly burrs. “Hey, follow me, I’ll show you where it’s best to step,” he said. “Come to my camp. It’s just over that dune.” Two hours and about 2,000 prickly burrs later, with a herd of long-horned cows following, we arrived at his home: a wooden bed and a table covered with calabashes.

The camp was deserted. “Oh, I forgot—everyone has left to prepare for the Gerewol tomorrow.” I had heard of Gerewols, beauty competitions held by the Wodaabe people, a subgroup of the Fulani. “Can you come?” Fada asked.

As we walked back to my camp, I asked Fada if he had ever been to school? At first he laughed and then answered that the Fulani reject education; a child who attends school is considered dead because he or she no longer understands magic or the art of herding.

This is how Fada’s uncle, Ali, came to go to school 35 years ago. French colonists demanded that his grandfather, the chief of his camp, send the children to school. He sent only his own grandchildren to their “death,” Ali among them. Ali ran away and hid in the bush for three weeks, traveling by foot through unknown prairies. When he reached his camp, the white men were waiting. He ran away five more times before accepting his fate. Ali never returned to life as a herder. He now works for a large development organization.

After I refreshed myself with a bowl of curdled cow milk and promised to see Fada at the Gerewol, he said, “I would have liked to go to school. Maybe when I have children, there will be schools in the Azawak for them to attend.” We at @ammanimman hope to help make his wish a reality.