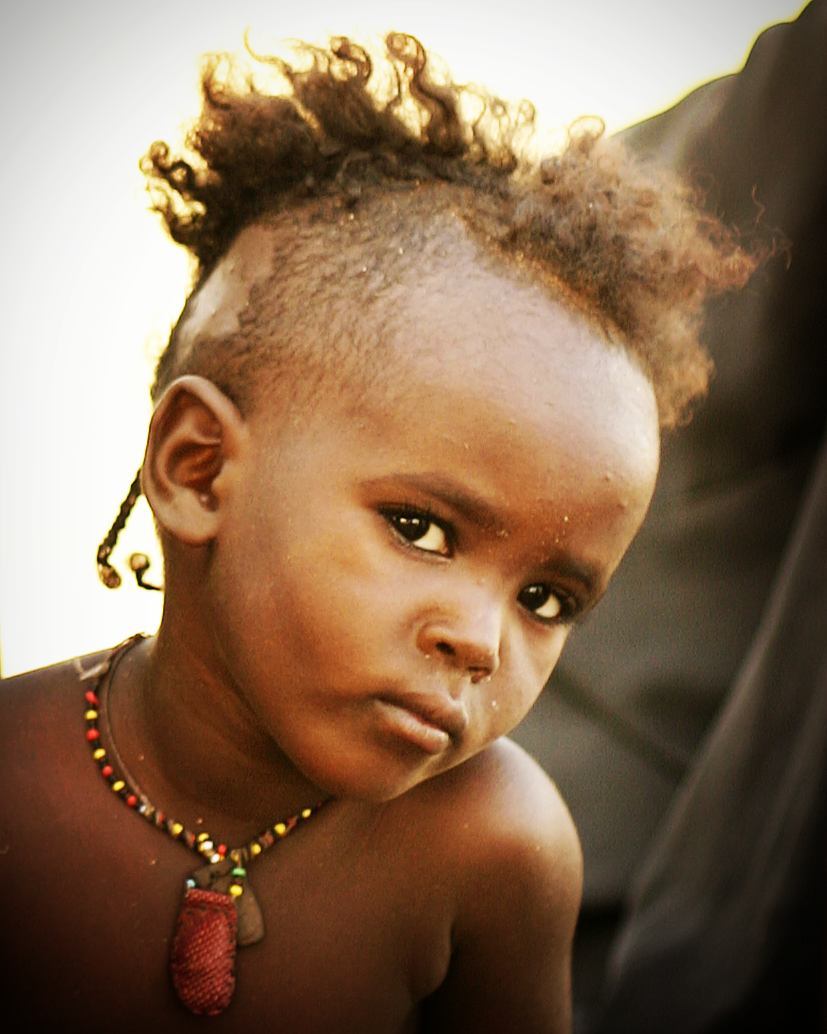 THAT’S A CAMP?  This little boy and his mother were the first Wodaabe that I met in the Azawak.  In fact, their camp was the first Wodaabe camp I had ever seen.  When I met them, they were sitting together in the middle of grasses underneath the blazing sun.  The mother was mending a shirt, and her son sat patiently next to her, intently observing my every move.

Far off to the left of them sat some indistinguishable objects.  Moustapha, my research assistant, pointed to the objects, “see there, that’s their camp”. “Their what?” I responded, confounded.  Nothing about it looked like a camp, or a homestead.  He explained, “look, there is their traditional bed made of wood, and next to the bed is a table covered with calabash bowls. “But where is the tent”, I asked. “There is no tent”, he responded. “What if it rains?  And how about this sun?  How do they get away from the sun?”

Almost as soon as I had said this, a little girl crawled out from under the bed. “They go under the bed”, was Moustapha’s answer. “And where are the other people?  Don’t they live with groups of families?”. Moustapha was amused by my naïve questions. “No, during the rainy season, they live separately, each family setting up their own camps.  They live with their immediate family and their cattle.” Fascinating! I had never seen anyone live in such a way.

The woman got up after a while, and guided me over to her table covered with calabashes.  In broken English that she had learned as a migrant worker in Nigeria, she proudly showed them to me one by one. These bowls represented her wealth and were her most prized objects.  Her son reached over, took one of the bowls, and sipped milk that had been left to curdle.